Shohei Ohtani is a lot of things.

He’s a global superstar. He’s a pitcher who was good enough to start for the American League in the 2021 MLB All-Star Game. Oh, and he’s one of the most prolific power hitters in baseball. 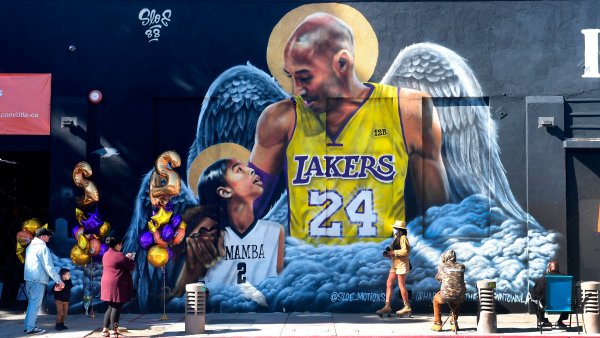 Here's a look at the full voting results:

Ohtani is the first unanimous AL MVP since teammate Mike Trout in 2014 and the second Angel to win AL MVP over the last three seasons. Trout took home the honor in 2019, along with 2014 and 2016. The Angels finished just 77-85 this season as Trout suffered a season-ending calf strain in May.

Trout shared a congratulatory message for Ohtani on Twitter following the MVP win:

Even though the Angels ended the year with a disappointing record, Ohtani’s awe-inspiring 2021 season is difficult to even comprehend. He was third in all of baseball with 46 home runs, trailing just Guerrero and Kansas City Royals catcher Salvador Perez. He also led the Angels in RBIs, doubles, triples, slugging percentage and stolen bases. And those are just his offensive numbers.

The Japanese sensation posted a 3.18 ERA in 23 starts on the mound to go along with 156 strikeouts. He was the Angels’ leader in wins, ERA, strikeouts, innings pitched and WHIP.

Guerrero may have finished second in the MVP race, but his career is off to a sensational start. The 22-year-old led the AL in on-base percentage and slugging to go along with his 48 home runs. He also took home All-Star Game MVP honors and is on his way to plenty more appearances in the Midsummer Classic.

In the same infield, Semien also put up an eye-popping season for the Blue Jays. The second baseman obliterated his career high for homers in a season with 45 and did not miss a single game across the 162-game season. He played the 2021 campaign on a one-year contract and is in line to earn himself a hefty payday this offseason.