Police are punishing Chinese traders for cashing in by reselling scarce dolls of Olympics mascot Bing Dwen Dwen at up to 10 times retail price.

Three people in Beijing were sentenced to unspecified “administrative penalties” for reselling souvenirs at prices deemed too high, police announced. Punishment can include detention, fines and confiscation of goods.

Plush toys of Bing Dwen Dwen, a panda in a clear plastic suit, sold for 192 yuan ($30) at the Gongmei Emporium in central Beijing. The shop on the Wangfujing pedestrian mall and other authorized outlets also sell Olympics-themed pens, badges and other souvenirs.

Customers standing in line included traders who bought for clients or to resell at higher prices.

“It started to be sold a long time ago but didn’t generate a buzz,” said a customer at Gongmei who would give only her surname, Zhu. “Now the media are promoting it.”

Gongmei and other shops posted signs saying they had as a few as 300 Bing Dwen Dwen dolls per day and buyers were allowed one each. Shoppers said they sold out in as little as 30 minutes.

“The secondhand market is hot,” said the newspaper Beijing News. “Bing Dwen Dwen has surged to 10 times the original price.”

One afternoon, employees walked along a line of customers asking them not to stay overnight, when temperatures fall below freezing.

Reporters saw a trader taken away by police on Wangfujing after a teenager complained he was reselling an Olympic keychain for 20 yuan ($3) above retail price. Why Are Olympic Athletes Getting Pandas Instead of Medals? 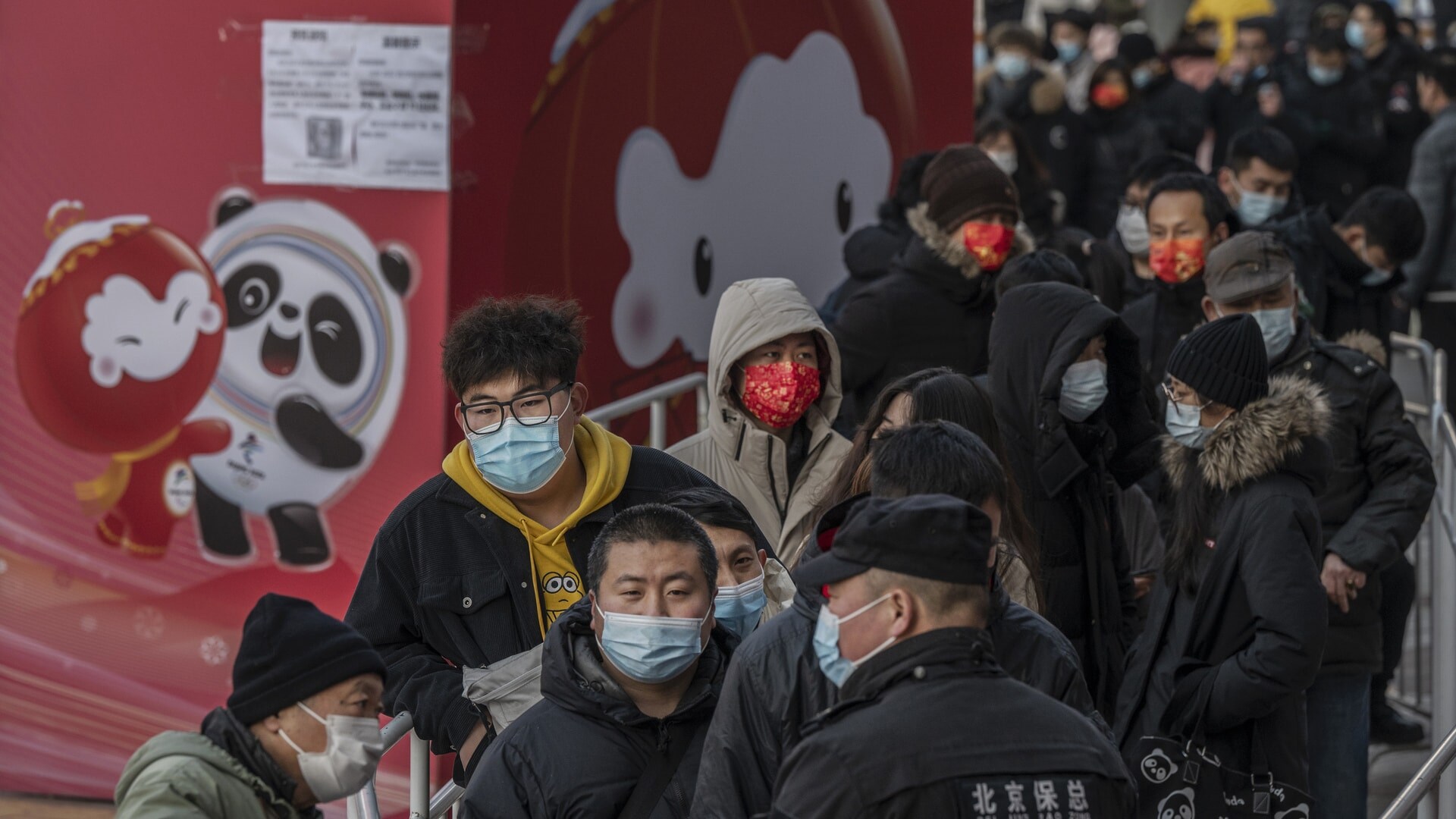 Authorities have tried to calm frenzied buying by promising there will be adequate supplies and Olympics souvenirs will be on sale through June.

Some customers complain they paid deposits for souvenirs but traders disappeared with their money, according to news reports.

“Please consume rationally and do not buy at high prices from scalpers," the Beijing police department said on its social media account.

One of three companies identified by the press as being licensed to make Bing Dwen Dwen dolls, Beijing Yuanlong Yatu Culture Communication Co., referred questions to the Beijing Olympic Organizing Committee. Phone calls to the other two producers weren’t answered.

Which Winter Olympic Mascot Are You?

Which Winter Olympics mascot do you identify with the most? Take our quiz to find out, and to learn more about each mascot that accompanied each game.

The organizing committee didn’t respond to questions about how many dolls it planned to sell and whether any would be exported.