Of the 12-person Olympic bobsled team unveiled Monday, nine sliders weren't on the U.S. roster in 2018

Elana Meyers Taylor is a U.S. Olympian for the fourth time. Kaillie Humphries is headed to her fourth Olympics as well, her first as an American.

They were expected to be at the Beijing Olympics.

The rest of the U.S. bobsled roster has some surprises.

A 12-person Olympic bobsled team was unveiled Monday, a list that includes nine sliders who weren’t part of the U.S. roster at the 2018 Pyeongchang Olympics. Among those set for Olympic debuts: Hunter Church and Frank Del Duca, who will drive in the two- and four-man races.

“The selection committee met to thoroughly deliberate who should be nominated to this team, and it wasn’t an easy decision,” USA Bobsled and Skeleton CEO Aron McGuire said from St. Moritz, Switzerland, where the team was finalized early Monday. “We are fortunate to have a deep talent pool, but that makes it really difficult to decide who gets selected."

Sylvia Hoffman is known as “Superwoman,” and she’s ready to try to make the 2022 Olympic Bobsled team. Get to know her with our 10 questions

Humphries is the reigning world champion in both monobob — a new Olympic medal event with just a driver in the sled — and the traditional two-person women’s event.

This was her third, and by far the most stressful, season with the U.S. She joined the Americans after being released from the Canadian team in 2019, then couldn’t get her American passport — a prerequisite for being part of the U.S. Olympic team — until just a few weeks ago.

“You’re trying to make the team, perform, make it to the Olympics, and I was worried about getting my citizenship in time,” Humphries said. “The season has been full of challenges.”

Meyers Taylor won the overall World Cup season titles in monobob and two-person racing, as she looks to add to her collection of three Olympic medals: two silvers as a driver, one bronze as a push athlete.

A pair of Olympic rookies, Kaysha Love and Sylvia Hoffman, were selected as the women's push athletes.

“It’s been a long season. ... I’m looking forward to getting some rest and recovery before heading to Beijing,” Meyers Taylor told USA Bobsled and Skeleton after the World Cup season ended.

Among the pushers who didn’t make the women’s team: Lolo Jones, the Summer and Winter Olympic veteran who won a world title with Humphries last season but got only one race this season; Lauren Gibbs, who won silver with Meyers Taylor at Pyeongchang; and two-time Olympian Aja Evans, a past bronze medalist. Evans is the women's alternate for these games. 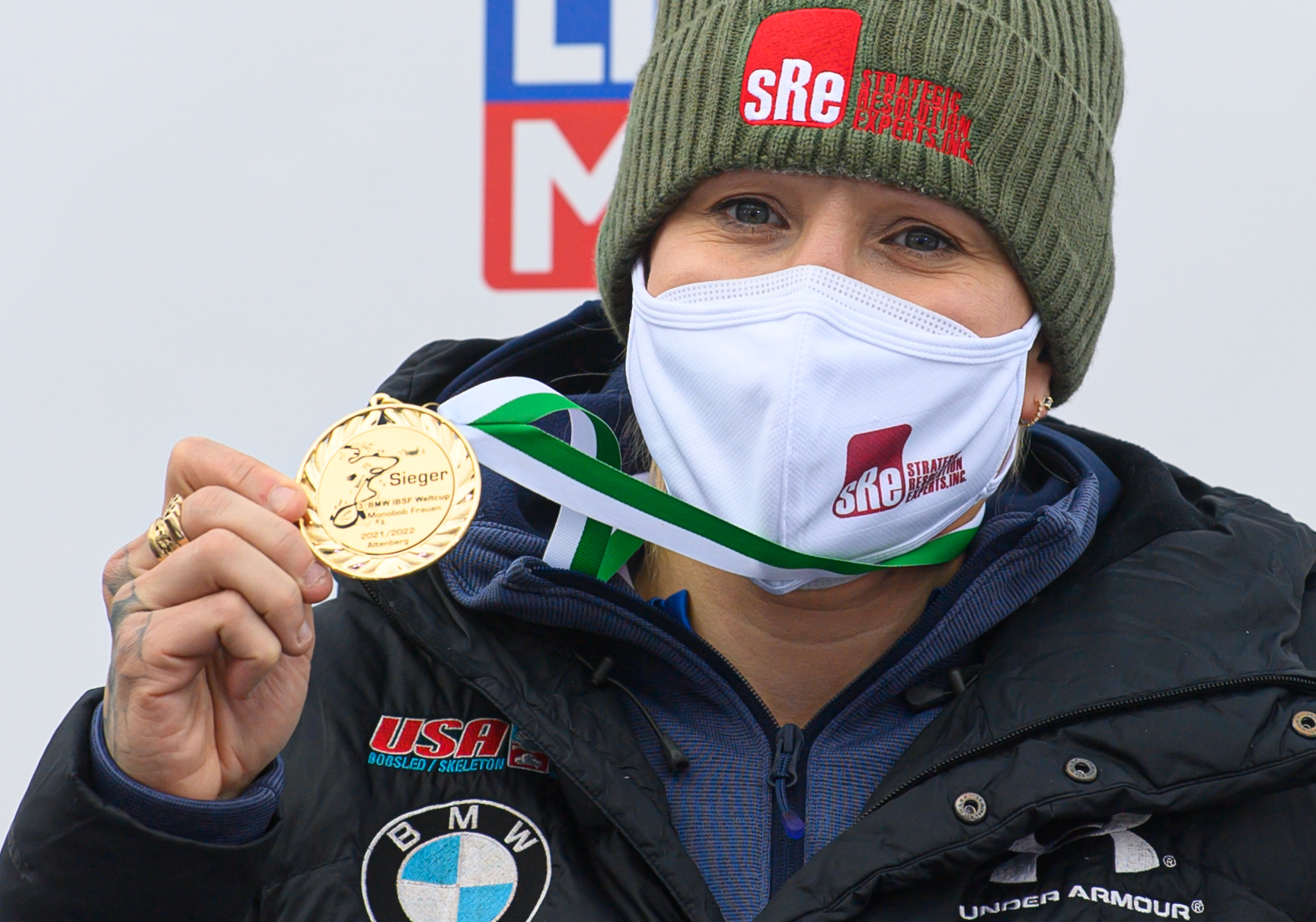 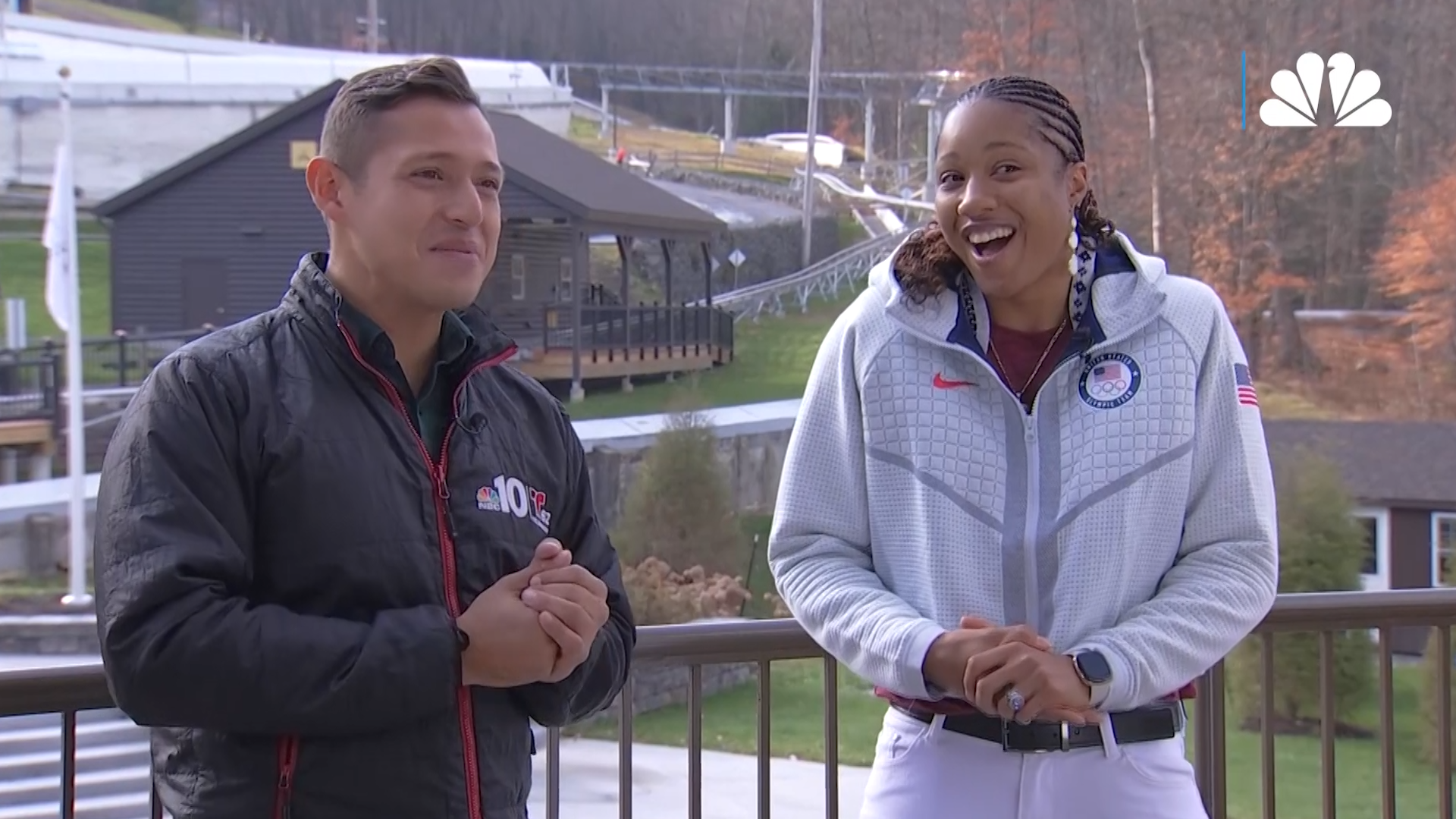 Church had to overcome a serious toe injury this fall — an incident that meant he couldn’t train the way he wanted for several weeks — before making the team. He had the lone U.S. men’s World Cup medal this season, a four-man bronze a couple weeks ago.

He’s a third-generation slider, hooked at a young age. Now, he’s an Olympian.

“At the start of this quad, I don’t know if a lot of people really believed in me,” Church said. “I had a lot of expectations for myself.”

Del Duca was promoted to the World Cup level after the Christmas break, after winning 16 medals in 16 races at the lower-tier North American Cup level earlier this season. Those points helped him wind up as the second-ranked U.S. pilot behind Church.

Del Duca will be one of at least four sliding soldiers at these games, joining Abdul-Saboor, luge’s Emily Sweeney and skeleton’s Kelly Curtis. All are members of the World Class Athlete Program; Abdul-Saboor, Del Duca and Sweeney with the U.S. Army, Curtis with the U.S. Air Force.

“I just want to express my gratitude for the U.S. Army, the World Class Athlete Program, giving myself and my teammates the support we need to compete at the highest level,” Del Duca said. “We’re growing as individuals. We’re growing as a team.”

Valdes, who will turn 32 during the Olympics and plans to retire after the games, said he wants the team’s younger sliders to understand the need for a championship mentality.

“I want to make sure I’m helping these young guys out, not to just get through this Olympic year but beyond,” Valdes said. “For me, this is my last go-round. I want to do my best to make sure that they understand what it takes to run a sled and help keep the pilots calm, so the pilots can just focus on getting down the track. That’s how successful teams do it.”

Cross-country skier Stephen O’Mara has always been passionate about endurance sports. But when he sustained a traumatic brain injury during a 2019 triathlon, doctors feared the elite athlete may have to relearn everything— even walking.
Copyright AP - Associated Press