Poland was the only European Union nation to send an elected leader to the Games despite a U.S.-led diplomatic boycott

Chinese President Xi Jinping met Sunday with leaders from Poland and Pakistan in a flurry of diplomacy on the sidelines of the Beijing Winter Olympic Games.

Xi told President Andrzej Duda that China seeks to further improve ties with Poland, whose warm relationship with Beijing has not sat well with main rival the United States.

Poland was the only European Union nation to send an elected leader to the Games despite a U.S.-led diplomatic boycott. The meeting also comes amid concerns over a Russian attack on Ukraine, with which NATO member Poland shares a lengthy border.

Xi, who has not left China since 2019, has met a range of world leadersover recent days, including President Vladimir Putin of Russia, with which China is building a closer informal alliance.

From the Salt Lake City Winter Olympics in 2002 to the Pyeongchang Winter Games in 2018, over 1,300 medals have been awarded to athletes from around the world in the last five Winter Olympics. These are the countries that have won the most of these coveted medals.

The meetings highlight Xi's moves to elevate himself as a major player in world diplomacy, while positioning China's single party authoritarian political model as an alternative to the long-dominant liberal world order led by the United States.

Along with strengthening communication on “major international issues," they should “tap the potential of their economies, trade and investment, transportation and logistics, and high and new technologies, and lift bilateral practical cooperation to a new level," Xi said.

He said China is ready to take an active part in the construction of a logistics hub in Poland and help Poland become a key node in the China-Europe supply chain.

Snowboarding legend Shaun White said on Friday that this year’s games will be his last.

No statement was immediately available from Duda. However, in Warsaw, his foreign policy advisor Jakub Kumoch said Poland wanted “the best possible relations with China and we can see a similar interest on the Chinese side.”

Poland, along with Hungary and Serbia, has been viewed as one of China's backdoors into Europe. The uncritical support from Beijing contrasts with Washington's expressions of concern over the increasing autocratic rule of Polish Prime Minister Mateusz Morawiecki.

Poland participates in a Chinese initiative to nurture relations with Central and Eastern European governments known as the China-CEEC group, as well as Xi's signature “Belt and Road" drive to build infrastructure linking China to Europe and beyond.

As well as prompting unease in Washington, China's moves have raised concerns among France, Germany and other Western European governments that Beijing is trying to make political inroads into the European Union. 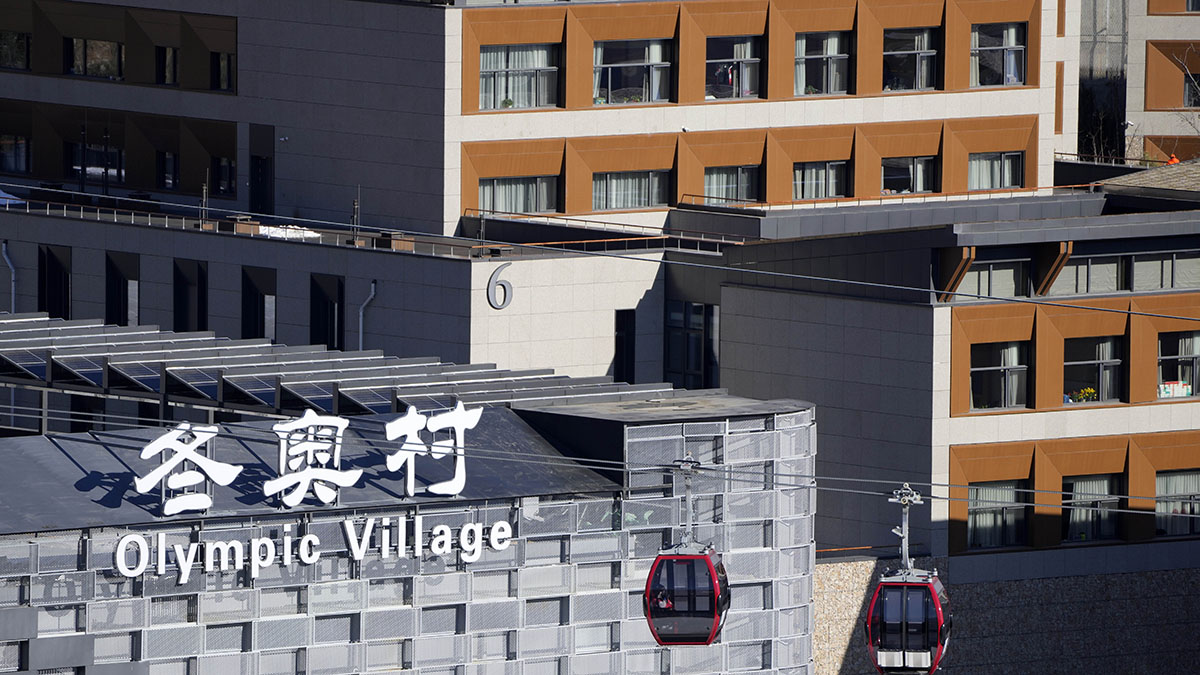 The Polish president has a role in shaping Poland’s foreign ties but is not the chief policy-maker.

He said China was willing to join hands with its longtime ally to “build a closer China-Pakistan community with a shared future in the new era," Global Times reported.

“The strategic relationship between China and Pakistan is of prominence in a changing world," Xi was quoted as saying.

We know the athletes American media are covering, but who do journalists from the U.K., Mongolia or Slovakia have their eyes on? We went to the main press workroom at the Beijing 2022 Winter Olympics to find out.

“China upholds fairness and justice in international affairs. China is willing to strengthen the coordination and cooperation with Pakistan in multilateral venues such as the U.N. and promote justice and world and regional peace," Xi said.