Brady was masterful. He was magnificent. He was the Super Bowl MVP

Tom Brady took one final snap, went down on his knee, popped up and hugged his Tampa Bay Buccaneers teammates.

With that big, familiar smile.

They were champions and Brady put together another vintage performance on football's biggest stage — doing everything his unquestioned greatness has forced the world to expect whenever he takes the field.

In whatever uniform or city he’s in.

Brady was masterful. He was magnificent. He was the Super Bowl MVP.

The Chiefs and the Buccaneers will play a Super Bowl unlike any other. Thousands of stadium seats will be empty, tickets are all digital, there will be plenty of masks in the stands and on the sidelines because of the pandemic. And for the first time ever, a woman will be part of the officiating crew and two women are part of the coaching staff for a team in the Super Bowl.

Brady delivered Tampa Bay its second Lombardi Trophy, and first since 2003, with a 31-9 victory over Patrick Mahomes and the Kansas City Chiefs on Sunday night.

“Being down here and experiencing it this with this group of guys, every year is amazing, and this team is world champions forever,” Brady said. "You can’t take that away from us, so thank you guys, thank you all.”

He was in control from beginning to end, going 21 of 29 for 201 yards with three touchdowns — all to some old buddies from New England — two to Rob Gronkowski and another to Antonio Brown. He even showed some of that competitive fire that has guided his career, jawing with Chiefs safety Tyrann Mathieu in the middle of the field after Brown’s TD.

After not throwing a touchdown pass in the first quarter of his previous nine Super Bowls, Brady eliminated that glitch on his resume with an 8-yard toss to Gronkowski — who came out of retirement for a moment like this — with 37 seconds left.

By going 16 of 20 in the first half, he also added a record to his mile-long list as the first player in Super Bowl history to complete 80% of his passes and throw for three touchdowns in any half.

The Kansas City Chiefs and Tampa Bay Buccaneers will battle for an NFL Championship at Super Bowl LV at Raymond James Stadium. Here are some interesting tidbits that make the matchup unique.

This is all old hat to an ageless wonder with so many championship rings — now, seven of them. But this one was different from those others with Bill Belichick and the Patriots, with whom he already had established an unmatchable legacy.

In 2002, Brady burst onto the scene with his first Super Bowl MVP award by beating the then-St. Louis Rams. He got his second two years later with a 32-29 win over Carolina. In 2015, Brady threw four TD passes in a 28-24 victory over Seattle that was sealed by Malcolm Butler's goal-line interception.

Four years ago, Brady passed for 466 yards in leading the Patriots back from a 28-3 halftime victory to a 34-28 win over Atlanta.

Consider this: At this time a year ago, Brady didn't know where he would be playing. His contract with the Patriots was expiring and he chose to not re-sign with the only team for which he played.

And there were doubts — not from Brady, of course — as to whether he could still be the final piece for another team. Bruce Arians and the Buccaneers jumped at the chance and signed him in March, and the expectations suddenly rose.

Budweiser and other Super Bowl regulars aren't buying ads this year, but plenty of companies on the rise during the pandemic are taking their place.

It's the aura Brady naturally exudes. He's a winner, and the Buccaneers were instant believers.

Still, though, this was a new team with a new system and new teammates. And Brady and the rest of the NFL had to work through and around a global pandemic that eliminated offseason workouts, cut out the exhibition season and created all kinds of obstacles.

But Brady knew what he needed to do, first gathering some of his new teammates in Florida during the spring to get a feel for them — and them a feel for him. And it was then that this march to a Super Bowl victory officially began.

“Everything we dealt with all year, we had a rough month of November, but BA had all the confidence in us,” said Brady, referring to a stretch during which the Bucs lost three of four — but not again the rest of the season.

“The team had a lot of confidence,” Brady added. "We came together at the right time. I think we knew this was going to happen tonight, didn’t we? We ended up playing our best game of the year.” 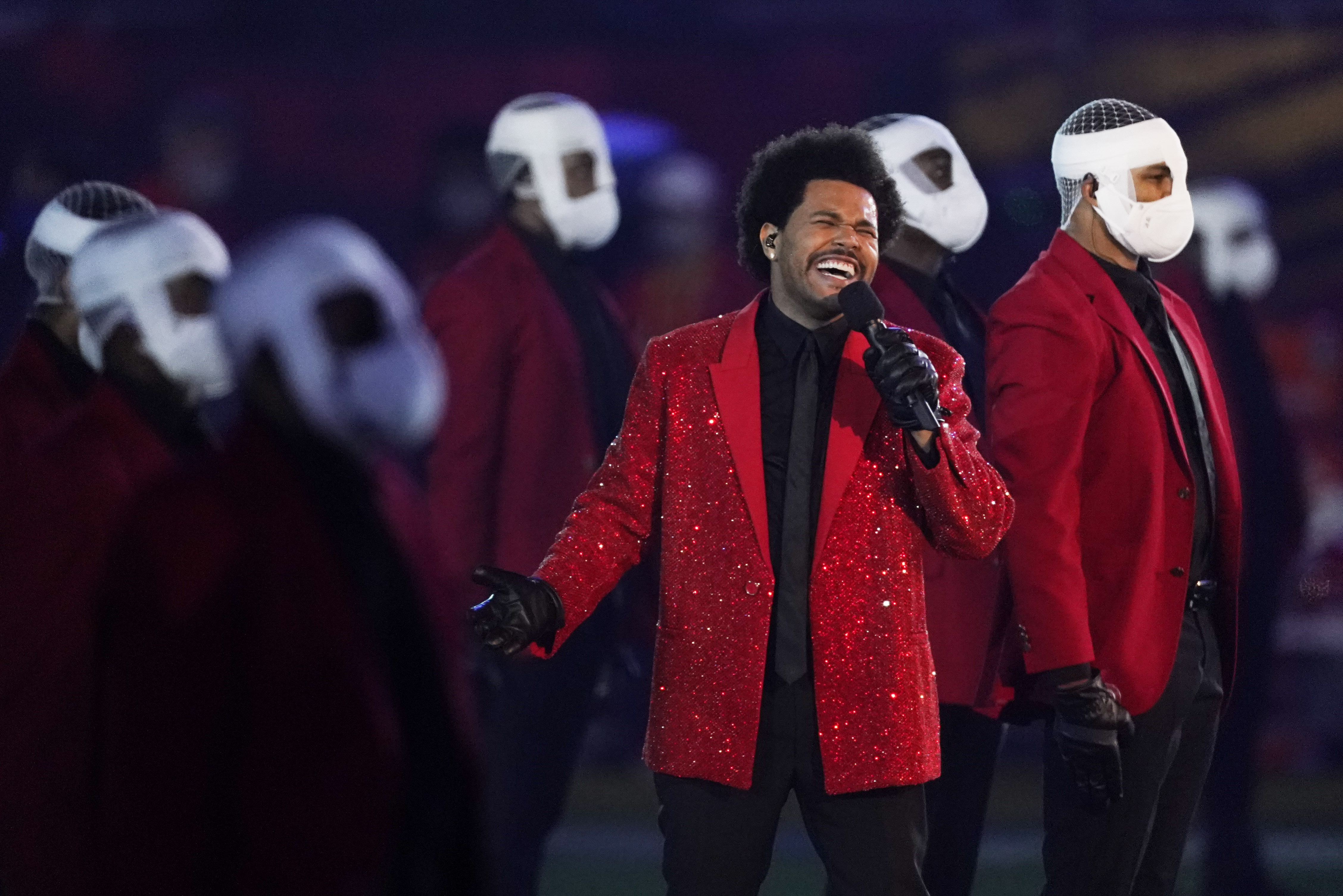 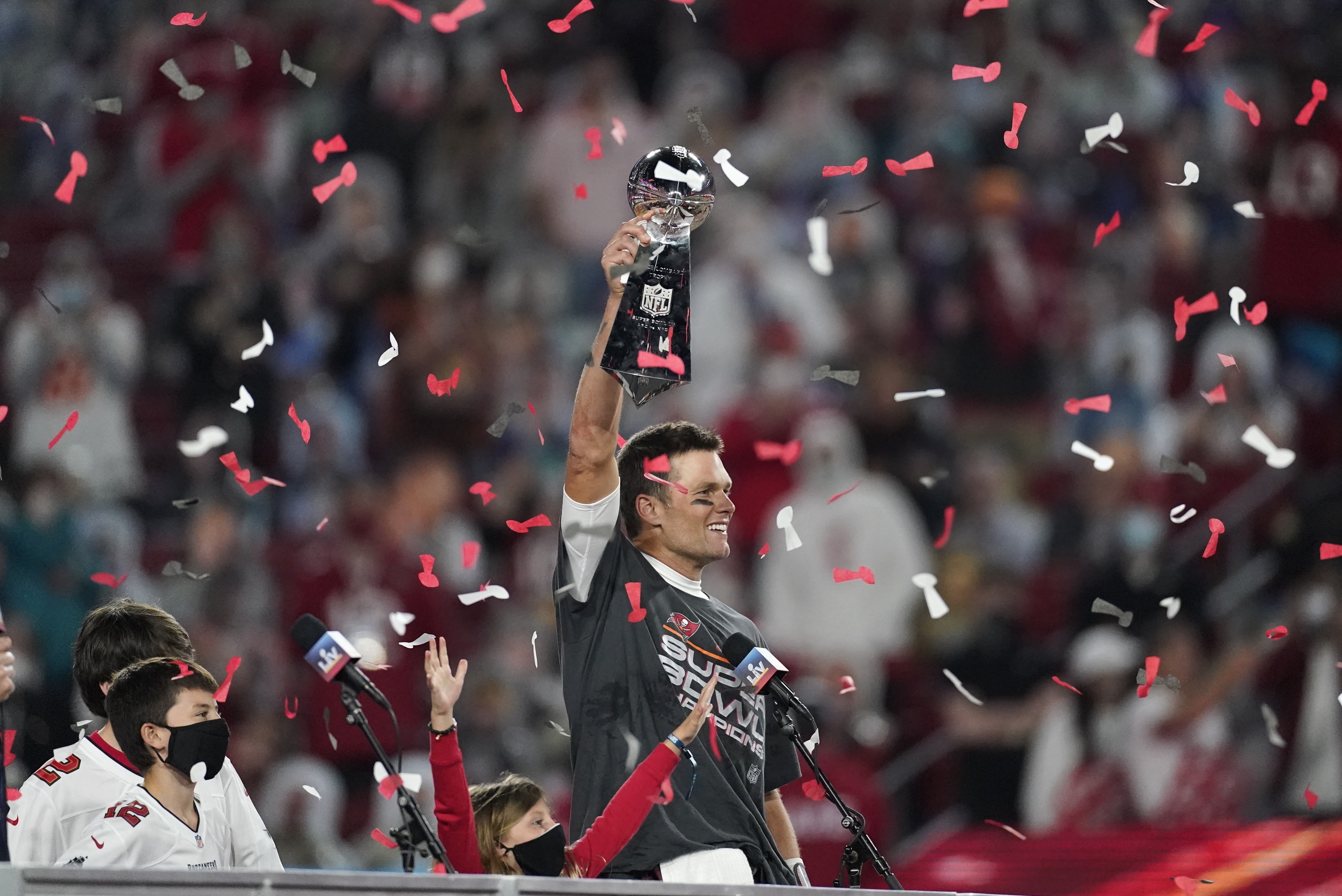 Early during the game, the two monstrous video screens behind each end zone at Raymond James Stadium showed a playful graphic featuring Brady's head on a goat — you know, GOAT — Greatest Of All Time — climbing a mountain showing how many Super Bowls the quarterback has played in and how many more each one was than entire franchises.

It's 10, an unfathomable number and one that might never be matched.

At 25 and coming off his first Super Bowl win, Mahomes had Chiefs fans thinking this would be the beginning of a dynasty. It still could be. But this year, Brady reminded everyone why he's the undeniable standard at the position and in this game.

And especially in this moment. Because clearly, Brady isn’t ready to pass the torch yet, not to Mahomes or anyone else.

Star quarterback Tom Brady says his time with the New England Patriots is over. The 43-year-old spent 20 years with the team and won six Super Bowl titles.

And no, he's not thinking about retiring and giving someone else a chance while he heads home with wife Gisele Bundchen and their kids.

The in-stadium cameras found Brady moments before kickoff and his eyes were an omen of how this story would end. They held a cold, steely gaze — an intense focus that signaled he was ready to take care of business.

Then he went out and delivered. Like a five-time Super Bowl MVP.