This fall the Miami Dolphins will try to break the stranglehold the New England Patriots have held on the AFC East for over a decade. Dolphins linebacker Dannell Ellerbe said Monday that the Patriots are looking beatable, but stopped short of saying Miami or any other AFC East team can automatically knock of the Pats.

The Patriots have won 10 division titles since 2001, when they won the franchise's first Super Bowl. When the Dolphins last won the division (in 2008), they beat the Patriots by means of a tie-breaker, with both teams finishing 11-5.

But with the Patriots' best receivers (tight ends Rob Gronkowski and Aaron Hernandez) injured and cut after being arrested for murder (in the case of Hernandez), New England's AFC East dominance is in doubt heading into the 2013 season. 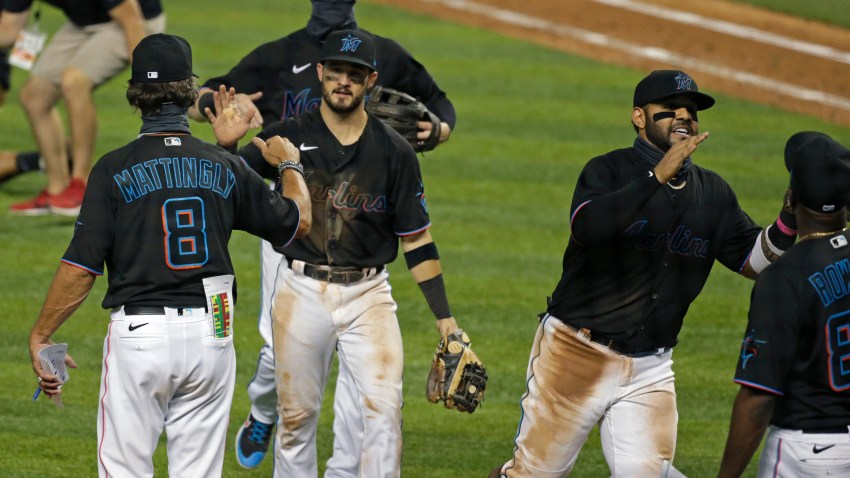 Enter Ellerbe, who came to Miami from the Baltimore Ravens via free agency this spring. When asked whether the Patriots' reign is about to end, he told CBSSports.com, "I think they are but you have to prove it, you can't just talk about it."

That isn't exactly a guarantee, but as it has been five years since Miami posted a winning record, Ellerbe's caution is well-heeled. But for the record, he definitely thinks it's possible.

"I was brought here to help knock them off," said Ellerbe. "That doesn't mean we will, but we feel like we can. Like I said, we just have to prove it. You have to actually go do it."

The loss of Hernandez could especially be a burden to New England, according to Ellerbe. "I don't think you can say the Patriots are the same as before after what happened to Hernandez," Ellerbe said.

If anything, Ellerbe exhibited a marked contrast from Karlos Dansby, the former Dolphin who he is replacing at linebacker. Before the 2012 season, Dansby said that year's Dolphins team was more talented than the 2008 Arizona Cardinals team (for which Dansby was a starter) that went to the Super Bowl.

He also said he expected to see the Dolphins win the AFC previously that offseason. Like Dansby, Ellerbe has high expectations for his team, but he does a much better job of not saying anything to the media that he may regret later.