NHL Postponing Panthers Games for a Week Amid COVID Surge

The NHL announced Friday that it was postponing all games for the Florida Panthers through at least next weekend amid worsening COVID-19 test results across the league.

The league cited “concern with the number of positive cases within the last two days as well concern for continued COVID spread in the coming days." The Panthers, as well as the Colorado Avalanche, will be shut down at least next weekend. The hard-hit Calgary Flames would remain shut down at least through Dec. 23.

The training facilities for all three teams have been closed. In all, Calgary has had six games postponed, the Avalanche four and the Panthers three.

The move was announced hours after Saturday's game in Montreal between the Canadians and Boston was postponed. There was no word from the league on the Bruins' game Sunday at Ottawa, which like Toronto and other cities in Ontario are capping venue capacity at 50%.

Local headquarters for everything related to South Florida's hockey team 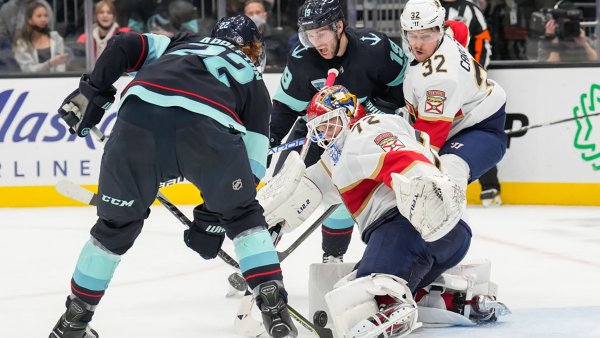 Barkov Lifts Panthers Past Canucks 2-1 in SO

The Canadiens beat Philadelphia on Thursday night in a mostly empty Bell Centre because of the rise of COVID-19 cases. Quebec public health officials asked the Canadiens earlier in the day to play without fans in their home arena to help slow the spread of the virus.

The Bruins were without seven players because of COVID-19 protocol — including stars Brad Marchand and Patrice Bergeron — for Thursday night's 3-1 loss at the New York Islanders. They played a man down with 11 forwards and six defensemen.

The rise of COVID-19 cases around the NHL could affect the league's plans to allow its players to participate in the Winter Olympics in China in February.