Heat Lose Strus to Sprained Knee, But Nothing More Severe

Strus is averaging six points and 2.7 rebounds this season, coming off the bench in all six games for the Heat

Max Strus expects to be sidelined for maybe just a couple weeks. Given how badly he initially feared his left knee was injured, that’s a major win for the Miami Heat guard.

The Heat diagnosed Strus’ injury as a sprain Monday, learning he did not sustain major structural damage. Strus got hurt in the final minutes of Miami’s win at Memphis on Saturday night, landing awkwardly on a play where he tried to score at the rim.

He immediately left the game and went to the Heat locker room for further evaluation. There was concern that it was something serious.

“But luckily we’re good,” Strus said Monday in Dallas, where the Heat will play Tuesday night. “So, we got good news out of it and we’ll just see where we go from there. I’ll rehab it and get stronger.” 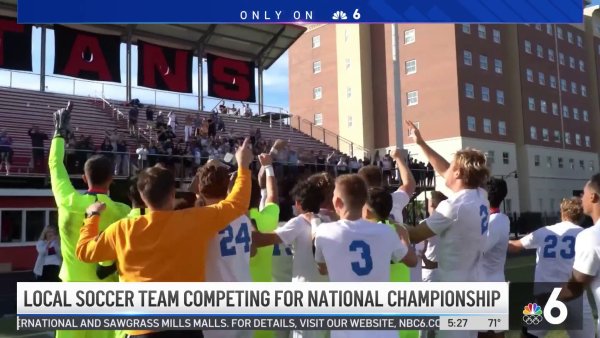 Strus is averaging six points and 2.7 rebounds this season, coming off the bench in all six games for the Heat. He’s been playing about 17 minutes per contest, and his nine made 3-pointers this season are third-best for Miami behind Tyler Herro and Duncan Robinson, both of whom have made 17.

“You feel for Max, but thankfully it’s just going to be short-term,” Heat coach Erik Spoelstra said. “He’ll get healthy and we’ll go from there.”

Strus said he knew he hadn’t landed the right way, but by Monday, said the pain related to the sprain was down to more of an ache. There is no definitive timetable for his return, but Strus said he’s hoping to keep his absence to no more than a couple weeks.

“There was a lot of anxiety,” Strus said. “It was tough to sleep the night before. But the training staff did a great job of getting me in as soon as they can to get the MRI. As soon as I heard those results, it was just a breath of fresh air. I’m happy with how everything turned out.”