Mike Pounders, a fan for all seasons, even makes a Miami-themed Christmas display when his yard can't represent

We've seen a lot of bravery from the Miami football program -- Kellen Winslow, Jr.'s fortitude in the face of enemy fire comes to mind -- but in general, Canes fans have it pretty easy down here in the 305, nestled as they are among friendlies.

Imagine, then, what it must be like for a self-made Miami fan living in Springdale, Arkansas. Surrounded on all sides by Razorbacks fans. Waking up each day across the street from a Hokie. Raising his children properly, not with tusks, and under what must be considerable community opposition.

That's the life of Mike Pounders, but he's not about to shrink in the face of his enemies. No, Mike Pounders is going to heroically carve a "U" into his lawn every summer, paint it like the Orange Bowl's better days, and give the opposition hell like a purple heart depends upon it. 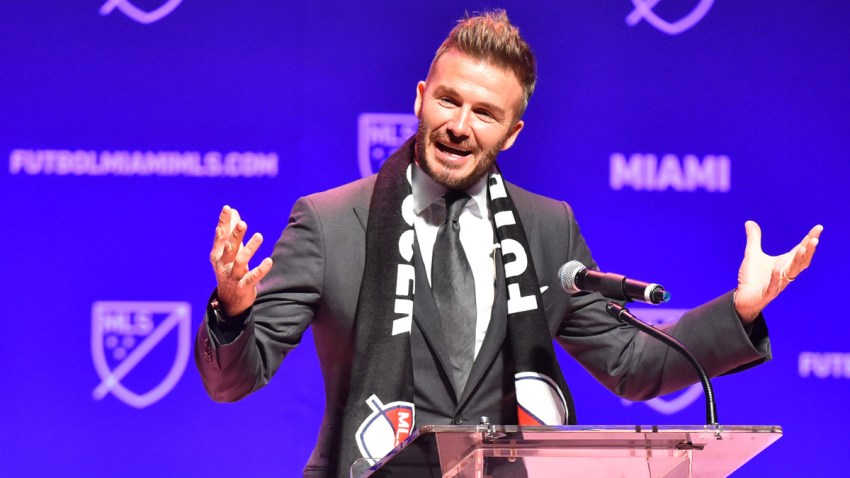 "I just mow the straight lines," he explained, "Then drop the blade down, eyeball it, and go."

It's what he did this summer, last summer, and the one before that. And after three years cutting the Miami logo into his front yard, Pounders says he's getting pretty good at it -- good enough to begin passing the skill down to his 10-year-old son, who helped carve this year's monument to the best team on Earth.

"This year," he said, "we went as big as we possibly could."

An Arkansas fan by birthright, Pounders gave his heart to Miami in the '80s, when Howard Schnellenberger coached the team to their first national championship. And when he watched Jimmy Johnson's squad on TV, all the way from Arkansas, he "just fell in love."

These days, with a family and a job as a VP in manufacturing, Pounders claims he doesn't have the time to be quite as manic about the 'Canes as he once was. Heaven help those who suffered that stage, because when the Lawn U dies under the cold touch of winter, the so-called less obsessive version of Mike Pounders takes his U where even Santa can't miss it.

"I ordered orange and green Christmas lights, and the U just moves to the roof. Like the Christmas lights of Springdale, it's become a pretty big item. People drive by, going slow, to see it every year."

Regional curiosities though they may be, Pounders' two U's work best close to home.

"My neighbor across the street is a big Virginia Tech fan. And every single day, when he walks out the front door to go somewhere, he sees a giant U."

Pounders manages to hold back the evil cackle the less polite might have added on that nefarious note, but does boast that none of his neighbors -- Arkansas fans or worse -- can touch his gameday fun. Each Saturday in the fall, the Pounders men lovingly apply a fresh coat of paint to the lawn U, bust out the tailgating gear, and give it the best possible go outside the parking lot 1,300 miles away.

This year, he says, he's especially proud to shave his swag into his lawn.

"I think Randy Shannon's done an outstanding job recruiting. He's getting the right players. I'm predicting 10-2 or 11-1 with a BCS bowl game this year, and a national championship next year."

Unspoken, but inferred: if that Hokie 'cross the street begs to differ, he's invited to kiss Mike Pounders' grass.