Magic Too Much for Heat

All five Miami Heat players were watching Vince Carter, and as he dribbled toward the lane no one was within 15 feet of Rashard Lewis.

And the Orlando Magic's postseason push kept rolling along. 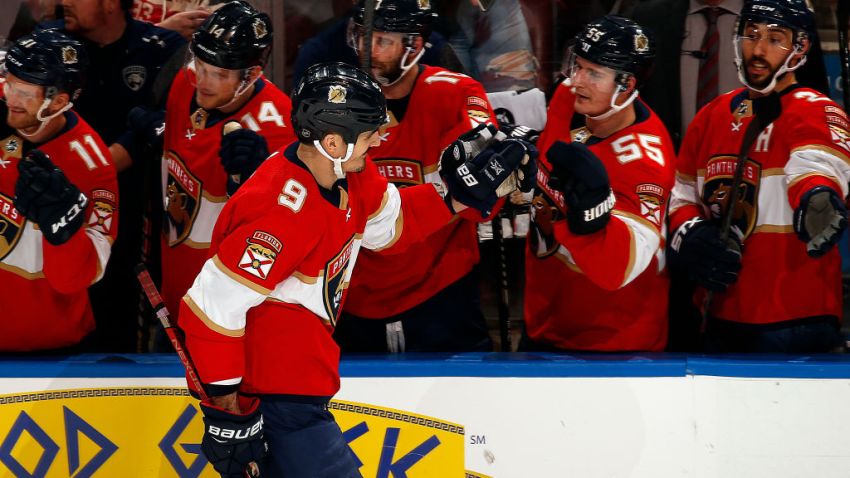 Lewis took the pass in his favorite spot near the left corner, then made the clinching 3-pointer with 28.4 seconds left as the Magic recovered from wasting a 12-point lead in the final 4:45 of regulation and beat the Heat 108-102 in overtime Thursday night.

"I was going to make one," Lewis said.

He picked the perfect time.

The Magic won for the 10th time in 11 games, improved to 9-8 on the second night of back-to-backs and stretched their lead atop the Southeast Division to 41/2 games over Atlanta.

"There was a much better fight in us," Magic coach Stan Van Gundy said. "I was really happy with our guys."

He only acts notoriously grumpy. Truth be told, Van Gundy has been really happy with his guys for quite a while.

Carter finished with 27 points, Lewis scored 24 and Jameer Nelson added 15 for the Magic, including a jumper with 15.3 seconds left in regulation that sent the teams into overtime tied at 93.

"We threw every punch we had at them," Wade said. "They came back and countered it."

That they did, even on an off-night for Dwight Howard, who sat out all but the first 12 seconds of the third quarter with foul trouble, then picked up a technical -- his 15th of the season, one shy of earning a league-mandated suspension -- to help the Heat take their final lead in overtime.

"They want to call technicals on him, period," Van Gundy said.

Said Howard: "One more and I get suspended. I've been trying to be extra careful, but it's hard sometimes. It gets frustrating. On one end, you feel like you don't get any and sometimes you get calls that go against you."

In both cases, the whistles against Howard seemed to inspire Orlando.

After getting the technical -- "he slammed the ball down, but it had happened about six times in the game," Van Gundy said -- Howard grabbed an offensive rebound and kicked out to Lewis for a long jumper and the lead, Carter followed with a three-point play and the Magic kept control the rest of the way.

"We had it going for a little bit," said Michael Beasley, who made the free throws that gave Miami its last lead. "We had the momentum. They're a good team. They knocked down shots."

Miami remained in the No. 7 spot in the Eastern Conference playoff race, just a half-game ahead of No. 8 Toronto and a full game behind No. 6 Charlotte, both of whom return to action Friday.

And then almost out of nowhere, everything changed.

Joel Anthony's dunk -- the first Heat points by someone other than Wade in the fourth -- sparked a game-tying 12-0 run. Mario Chalmers hit a pair of 3-pointers, including the one that knotted the game at 88 with 1:31 left.

It was the second time Miami pulled off a big fourth-quarter rally against Orlando this season. The Heat trailed 86-75 with 7:58 left in Orlando on Nov. 25, before winning 99-98 on a dunk by Beasley with 1.6 seconds remaining.

This time, the Heat just couldn't finish the job.

Howard went to the bench 12 seconds after halftime with his fourth foul, getting caught sliding left and not being set while trying to screen for Carter.

He was angry about it, as was Van Gundy. Odd thing was, it seemed to fire up Orlando's perimeter troupe.

Matt Barnes, Carter and Nelson did all the scoring in a 14-4 run by the Magic over a 51/2-minute stretch of the third quarter, turning a two-point deficit into a 70-62 lead with 3:38 left in the period, all of it coming with Howard watching from the bench. When he returned to start the fourth, Orlando led 76-71 -- and even without the big man, the Magic outrebounded Miami 15-5 in the third.

"We battled. We competed. I have no problem with the way we fought," Heat coach Erik Spoelstra said. "We were in the fight. It was about what was next and being able to finish that."