Marlins Tally Only Three Hits in Loss to Nationals

The Miami Marlins only managed three hits in their 1-0 loss to the Washington Nationals on Thursday at Marlins Park.

With the defeat, the Marlins lost the series to Washington and fell to 18 games under .500. With one of the worst records in baseball, Miami has been busy unloading players this week. Michael Morse and Mat Latos have continued to stay in headlines, as part of a rumored three-team trade with the Los Angeles Dodgers and Atlanta Braves.

Despite some reports of the trade being completed, Morse was used as a pinch-hitter in the ninth inning. The first baseman struck out in what was likely his last at-bat as a member of the Marlins.

Christian Yelich had two of Miami's three hits in the game and spent time in center field as well as left field. Yelich has been a bright spot for the Marlins in what has overall been an abysmal season in Miami. While Yelich hasn't produced quite as much as anticipated, he has also had to play as part of a depleted lineup. 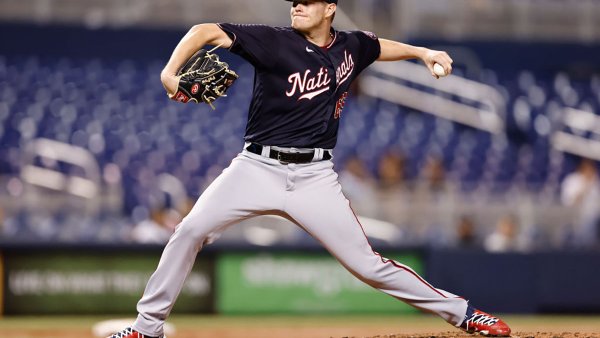 Dan Haren took the loss despite picking up a quality start. Haren could be on the move before tomorrow's trade deadline, and did nothing to decrease his value. The veteran gave Miami six innings of one-run ball and now has a 3.42 E.R.A on the year. With his contract coming to an end after the season, the Marlins will likely try and send Haren to a contender.

Miami will welcome the San Diego Padres on Friday when it sends David Phelps to the mound in the series opener.