Dolphins Will Go for Win That Would Ruin Shot at No. 1 Pick

A late-season stall has kept the Miami Dolphins in contention for the No. 1 draft choice in April, and now they face another must-lose situation.

The Dolphins (3-11) desperately need a franchise quarterback such as Joe Burrow to anchor their rebuilding project. But they'll be eliminated from contention for the top pick if they win at home Sunday against the Cincinnati Bengals (1-13).

Rookie coach Brian Flores remains focused on building a winning culture, however, so the Dolphins will do their best to hurt their draft prospects.

“I’ve said this all year: We’re going to try to win every game,” Flores said Monday.

Miami is a favorite for the first time this season — by 2 1/2 points — but far from a sure thing, especially given the team's recent regression.

Back-to-back losses at MetLife Stadium against two also-ran opponents, the Jets and Giants, have left the impression Miami is simply out of competitive players. Six more made their Dolphins debut in Sunday's 36-20 loss to the Giants, bringing the season total to an NFL-record 80 players used, according to ESPN.

Most will not be back next season, whether the Dolphins land the No. 1 draft pick or not. 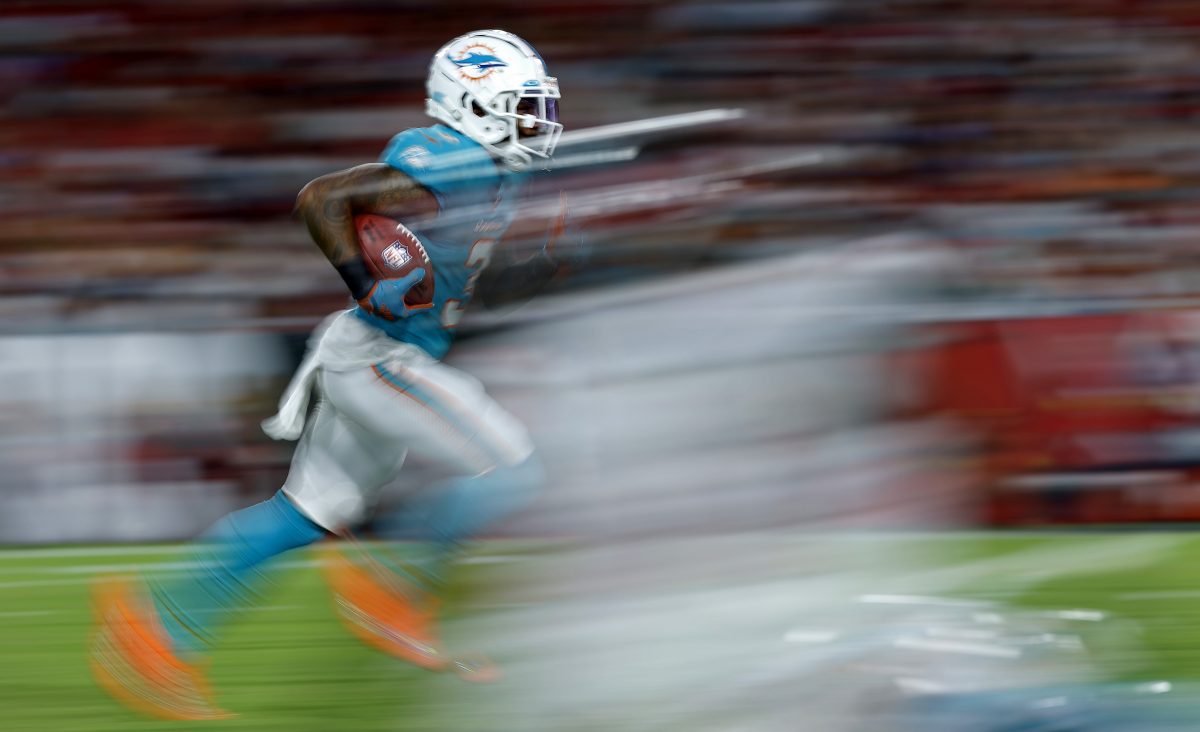 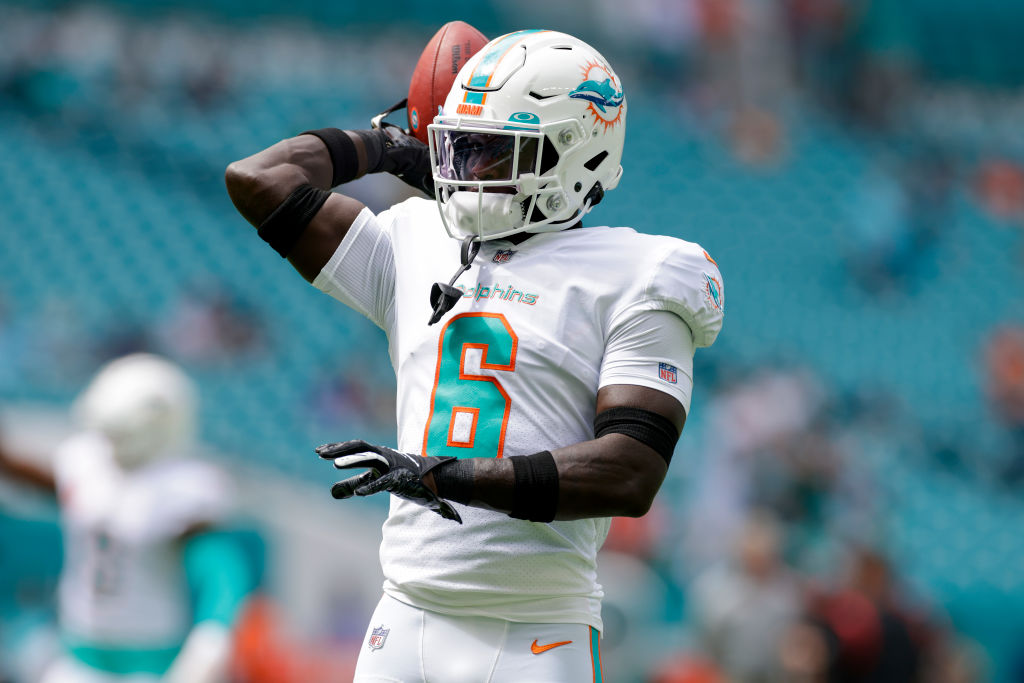 One player who will return in 2020 is DeVante Parker, who last week received a new contract from the Dolphins that could be worth up to $40 million through 2023.

“It means a lot, man, for them to have confidence in me," Parker said.

The run defense collapsed as the Dolphins allowed 29 points in the second half. The Giants' rushing attack finished with 138 yards and three touchdowns.

Miami ranks next to last in the NFL in run defense, ahead of only the Bengals.

“No, we’re NFL players," Baker said. “Every time you step on that field, if you don’t take it serious, you’re going to get hurt."

Ryan Fitzpatrick, Miami's 37-year-old quarterback, rushed for 33 yards on four scrambles and took over the team lead with 219 yards.

He trails another multi-threat QB, Baltimore's Lamar Jackson, by only 884 yards rushing.

Special teams captain Walt Aikens didn't make the trip because he violated team rules, Flores said. He said the matter has been resolved, and Aikens is expected to play Sunday.

Linebacker Raekwon McMillan left the game with a hamstring injury. Flores said he didn't yet know how serious it was.

One sign Flores isn't interested in the draft order: He said he plans to start Fitzpatrick rather then turn to young backup quarterback Josh Rosen.

“We’re going to play the guys who give us the best chance to win, and we feel like that’s with Ryan,” Flores said. “It has been that way for the last eight to 10 weeks, and we’ll continue to go that way.”