For Ryan Tannehill, the pain persists. It hurts to throw, and it hurts not to play.

The Miami Dolphins quarterback will rest his injured throwing shoulder for the next several days and has been ruled out of Sunday's game at Green Bay, meaning replacement Brock Osweiler will make his fifth consecutive start.

The Dolphins (5-4) have a bye next week. The goal is for Tannehill to return for the game at Indianapolis on Nov. 25, he and coach Adam Gase said. 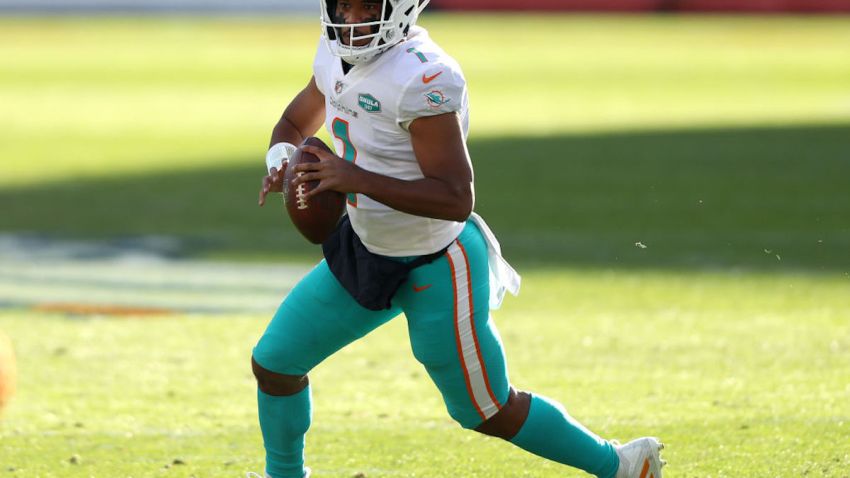 Dolphins' Tagovailoa Will Try to Bounce Back From Benching 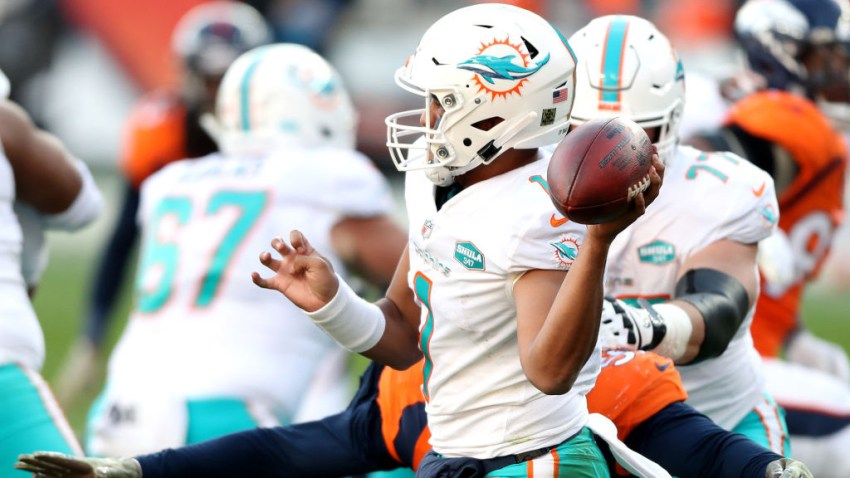 But Tannehill said his shoulder still hurts on every throw. And the bigger issue is a lack of arm strength.

"The pain I can deal with," he said Wednesday, speaking to the media for the first time since he was hurt Oct. 7. "It's not just pushing through pain. It's physically being able to get the ball where it needs to go."

After being hurt against Cincinnati, Tannehill rested his arm for 10 days and then began a throwing program. But every pass puts stress on the capsule, and the result when he threw was disappointing, Tannehill said.

"It just wasn't close to where it needs to be to do the job," he said.

With progress slow and uneven, the Dolphins decided more rest is best.

"We haven't had the jump that he was looking for," Gase said. "That's why we're kind of taking a step back."

A step back sounds like setback, but Tannehill said he's confident he'll play again this season — perhaps even at Indy.

"It has been kind of a weird deal," he said. "I'll shut it back down, and we'll see where we're at next week."

The Dolphins have been hit hard by injuries this year. Gase said the status this week of tackles Laremy Tunsil and Ja'Wuan James, both nursing knee injuries, likely won't be determined until shortly before the game.

Both were limited in practice Wednesday.

Tannehill said he expects to play through pain the rest of the year when he returns. There's no indication surgery will be needed after the season, he said.

Miami is 2-2 with Osweiler starting. The Packers game will be the 25th out of the past 30 that Tannehill has missed because of injuries.

"Whenever you're not able to play, it's extremely hard," he said. "Unfortunately it's part of this business."