Former Houston quarterback D’Eriq King announced Monday that he is transferring to Miami, a significant get for the Hurricanes as they try to bounce back from a 6-7 season.

King played in four games for Houston this past season before announcing in late September that he would take the rest of 2019 off and redshirt to preserve eligibility for 2020.

“Story is still being written…" King wrote in a tweet announcing the move.

King had at least one rushing touchdown and at least one passing touchdown in each of his last 15 games with Houston — a streak that broke the FBS record held by former Florida quarterback Tim Tebow. For comparison’s sake, Miami quarterbacks have had 15 such games in the last nine seasons combined. 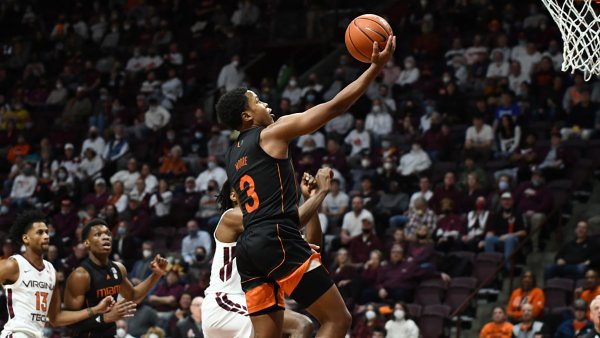 King announced a week ago that he was transferring and visited Miami over the weekend. The Hurricanes struggled with consistency at the quarterback spot for much of the year.

King’s best season at Houston was in 2018, when he threw for 36 touchdowns and rushed for 14 more. He left the Cougars with 4,925 passing yards, 1,421 rushing yards and 504 receiving yards. King split time between receiver and quarterback in 2016 and 2017, making 58 catches for three touchdowns.

Tuesday is the deadline for King to register for spring-semester classes at Miami. It was not immediately clear Monday if he has officially enrolled; the university was closed in observance of the Martin Luther King Jr. holiday.

Unless someone transfers out, King’s arrival means Miami would have five quarterbacks on scholarship in 2020. Jarren Williams and N’Kosi Perry split time at the position this past season, former Ohio State quarterback Tate Martell remains on the roster and freshman Tyler Van Dyke enrolled earlier this month.