NBC 6 Weekend Football Preview: Why Fans Should Be Thankful for This 2021 Season

As always, we break it all down with NBC 6’s not so scientific system

As many across South Florida gathered around their tables this week to celebrate the Thanksgiving holiday, football teams from the area are joining in with those to give their own special thanks.

The Miami Hurricanes are thankful that they are bowl eligible after a win last week – while, at the same time, also wondering how many more wins they can truly be thankful for if it means firing the coach some fans have wanted gone the whole season.

The Miami Dolphins are thankful they got a third straight win last weekend against a hated rival – a win that keeps their hopes of being back at .500 possible with a very favorable schedule in the coming weeks.

The FIU Panthers? Well, they’re one more game away from the season being over and that is something we can all be thankful for. 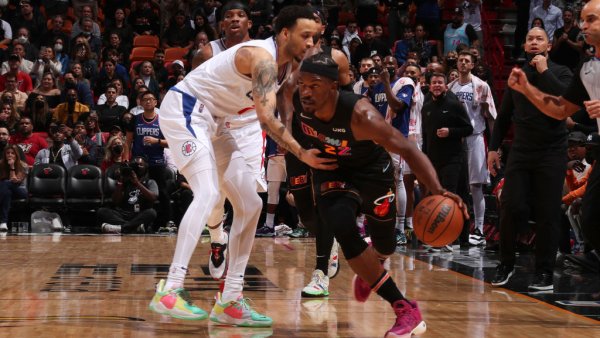 Can the ‘Canes finish the season with a win against an ACC foe they have had issues with in the past? Can the Dolphins extend their current win streak to the longest in over one calendar year? Can FIU end the season without embarrassing themselves and sending their current head coach out with a bang?

As always, we break it all down with NBC 6’s not so scientific system.

After what some would say was the most embarrassing loss of the season - losing to rival FSU when the 'Noles had a losing record for the first time since 1974 – the ‘Canes righted the ship with a convincing win last weekend over a Virginia Tech team in shambles.

With a win likely against a Blue Devils team who looks like they might be on the verge of a coaching change, one has to ask: could a win in Durham keep head coach Manny Diaz in that position for at least one more season or is this going to be the final time he is coaching for the orange and green?

Three weeks ago, the Dolphins were a team in shambles with a 1-7 record that had some wondering if head coach Brian Flores’ job was safe. Three wins later, the Dolphins are now a 4-7 team who are looking like one that could be at .500 within a month and make a playoff push.

On the flip side, Miami will look for their first win against a team from the NFC this regular season against a Panthers team who looks reawakened now that Cam Newton is back under center at quarterback. Newton is 3-1 all-time as a started against the Fins, but lost in his last outing against them last December while a member of the New England Patriots.

The five-year stint of Butch Davis comes to an end with the game, and it was a time that saw highlights and a disaster that the Panthers are in this moment. Ending 2021 with a win could go a long way to turning things around for the next head coach.

It doesn’t matter that both teams enter the game with losing records for the second time since 2017 and only the winner will go bowling. It’s the ‘Noles and the Gators - it’s the most important game for most people in the state of Florida for about three and a half hours Saturday.

The annual rivalry game between the UCF Knights and USF Bulls takes place Friday in Orlando while the FAU Owls look for a win and bowl eligibility at home Saturday against Middle Tennessee State. The FAMU Rattlers will become the first HBCU school to make the FCS Playoffs in years when they take on Southeastern Louisiana on Saturday.

In the NFL, the Tampa Bay Buccaneers are on the road when they take on the Indianapolis Colts while the Jacksonville Jaguars are at home against the Atlanta Falcons.