DETROIT – Slide over Super Mario and make room on the Stanley Cup for a new batch of Pittsburgh Penguins. Max Talbot scored two second-period goals, and the Penguins overcame the loss of captain Sidney Crosby to beat the defending champion Detroit Red Wings 2-1 on Friday night in Game 7 and win the Stanley Cup.

Instead of the Red Wings becoming the NHL's first repeat champion since winning titles in 1997 and 1998, this turned into a Penguins party. The last time Pittsburgh won the Cup, in 1991 and '92, it was captained by owner Mario Lemieux.

Marc-Andre Fleury was stellar in making 23 saves — none bigger than the one he made with one second left as he dived across the crease and knocked away a shot by Niklas Lidstrom.

"I knew there wasn't much time left," Fleury said. "The rebound was wide. I just decided to get my body out there and it hit me in the ribs so it was good."

He erased the memories of a 5-0 loss in Game 5 at Joe Louis Arena that put the Penguins on the brink of elimination. Pittsburgh returned home and gutted out a 2-1 win, behind Fleury's 25 saves, on Tuesday that forced a seventh game in Detroit.

This was Pittsburgh's second championship in four months, following the Steelers' Super Bowl victory in February.

Fleury's last save started a wild scene in the crease that culminated in the awarding of the Cup. Crosby took it from NHL commissioner Gary Bettman and skated a half lap to center ice before handing it off to Bill Guerin, who joined the team at the trade deadline and became a champion for the first time since 1995 with New Jersey.

Lemieux, the No. 1 pick in the 1984 draft by Pittsburgh, celebrated on the ice with Crosby — the phenom who has been living in the owner's house since joining the team. 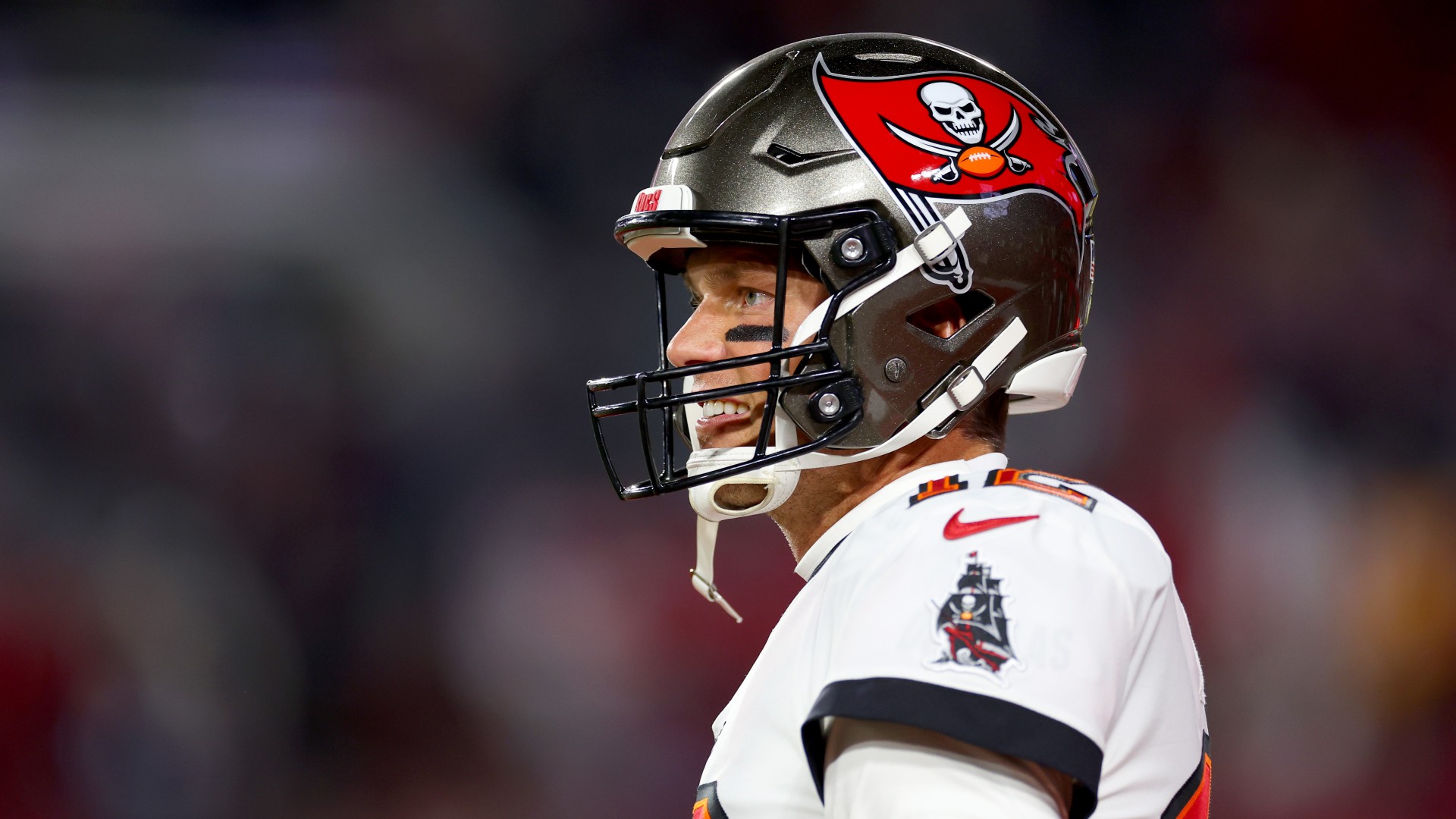 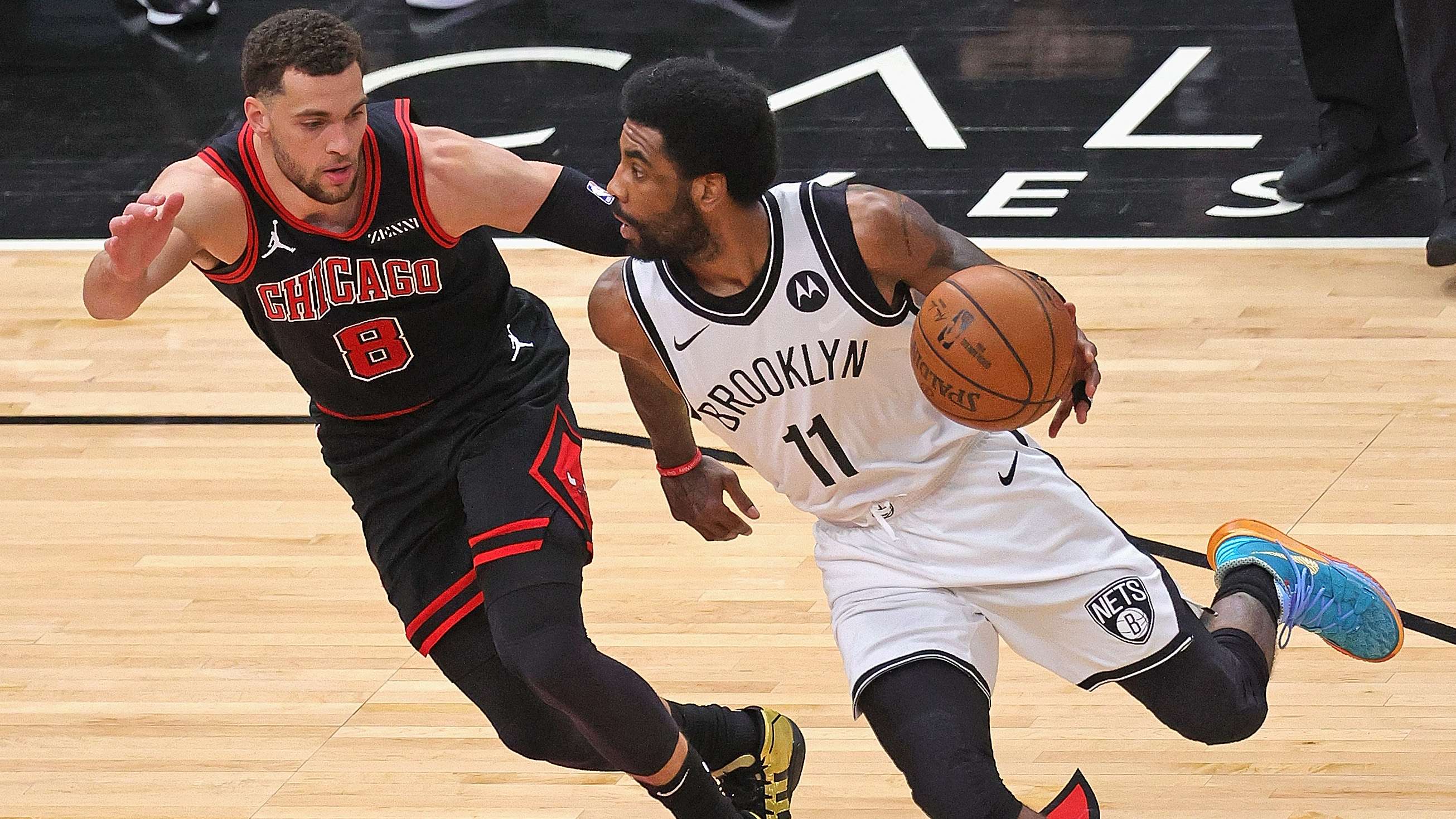 Who Could Trade for Kyrie Irving? Here Are the Favorites

The Penguins turned the tables on the Red Wings and captured the Cup on enemy ice, just as Detroit did in Pittsburgh last year. The Penguins are the first to win the title the year after losing in the finals since Edmonton did it 25 years against the New York Islanders — the last finals rematch before this one.

Evgeni Malkin, who led the playoffs with 36 points, earned the Conn Smythe Trophy as the postseason MVP. He assisted on Talbot's first goal.

Crosby, just four years after being the No. 1 selection in the draft, became the youngest captain of a champion at 21 years old. He played just one shift after leaving the ice during the second period after taking a hard hit along the boards from Johan Franzen.

"It's unbelievable. It's the stuff you dream of as a kid. It's reality now," Crosby said. "We worked so hard. It's amazing to see how far we've come, and couldn't feel any better."

Jonathan Ericsson made it tense when he cut the Red Wings' deficit to 2-1 with 6:07 remaining. His shot from inside the blue line sailed past Fleury's glove and sent the fans into a frenzy.

Niklas Kronwall nearly tied it with 2:14 left, but his drive smacked the crossbar flush and caromed out of danger. The Red Wings pressed further in the Penguins end after goalie Chris Osgood was pulled, but the puck ended up behind the net as time ran out.

Pittsburgh had gone 1-5 in Detroit in the past two final series before pulling this one out at the most clutch time. The Penguins' only other victory at "The Joe" was a triple overtime win in Game 5 last year that kept them alive. Talbot made it possible by scoring the tying goal with 35 seconds left in regulation.

The Penguins are the first team since the 2004 Tampa Bay Lightning to win the Cup after trailing the series 3-2 and the first to take Game 7 on the road after the home team won the first six games since the 1971 Montreal Canadiens beat Chicago.

Crosby crumpled against the boards after he was hit and seemed to get his left leg caught. He glided to the bench hunched over and stayed bent at the waist as he was guided to the dressing room 5 1/2 minutes into the period.

He was limited to two shifts, totaling 2 minutes, 39 seconds of ice time in the frame, but his teammates doubled the lead while he was gone. Crosby made it back to the ice midway through the third period for the one shift.

"I just wanted them to keep doing what they were doing," Crosby said of what he told his teammates before the third period. "We did a pretty good job of keeping things away from (Fleury) and he was doing a good job of making saves when he needed to."

Uncharacteristic mistakes by the experience-laden Red Wings led to both Pittsburgh goals.

Malkin, the NHL's leading scorer in the regular season and the playoffs, forced defenseman Brad Stuart into making a bad pass from the right corner. Talbot intercepted the puck and fired it between Osgood's pads at 1:13.

The rest of the Penguins stood tall after Crosby left the ice, and Talbot turned a 2-on-1 into a two-goal lead.

"Max came up with some big goals there," Crosby said. "We just wanted to play the same way. It's not easy watching, especially this time of year."

Stuart pinched at the right point of the Penguins zone, and Chris Kunitz beat Jiri Hudler to a loose puck. Kunitz swept it out and onto the stick of Talbot, who raced up ice with Tyler Kennedy and only Kronwall back for Detroit.

Talbot snapped a wrist shot from the middle of the left circle that sneaked in under the crossbar to make it 2-0 at 10:07.

Fleury took care of the rest, looking more solid in the Detroit nets than ever before. He wasn't fazed by Red Wings crashing the net or screening him or any funky bounces off the end boards that tortured him in the earlier games of the series.

Rookie coach Dan Bylsma elected to keep his team home in Pittsburgh an extra day during the two-day break between Games 6 and 7, giving up a chance to practice in Detroit one more time.

The move paid off, and Bylsma became the second coach to win the Stanley Cup with a team he took over midseason. Bylsma helped rescue the Penguins from a near-playoff miss by leading them to a 18-3-4 mark after replacing Michel Therrien on Feb. 15.

Bylsma was on the losing side as a player in 2003 with Anaheim in the last series in which the home team won all seven games. The Mighty Ducks team that lost then was coached by current Red Wings bench boss Mike Babcock.

The Red Wings were the overwhelming favorite coming in with four players on the verge of their fifth Stanley Cup rings. Detroit had been 11-1 at home in the playoffs.

NOTES: Bylsma is the 14th rookie coach to win the Cup. ... Both teams stood at the benches and tapped their sticks on the boards when Muhammad Ali was shown on the video screen and introduced to the crowd during a first-period stoppage. ... The last road team to win Game 7 of the championship round in any major league was the 1979 Pittsburgh Pirates, who won the World Series in Baltimore.