For the first time in a long time, Russell Wilson was forced out of a game due to injury.

During the Seattle Seahawks' 26-17 loss to the Los Angeles Rams on Thursday Night Football, Wilson suffered what was termed a "badly sprained finger" on his throwing hand while attempting a deep pass to Tyler Lockett in the third quarter. Wilson's hand hit Aaron Donald's arm during his follow-through, leaving him with a bent middle finger.

Wilson, whose 145 consecutive starts is the NFL's second-longest active streak, was tended to by a team trainer. After throwing passes on the sideline, Wilson returned for the start of the Seahawks' next drive. He completed a short pass to Colby Parkinson on second down before being sacked on third for what was his final play of the game.

"Russell wasn't able to finish the second half, he's got a badly sprained finger that we need to figure out," Pete Carroll told reporters after the game. "There's more work to be done in assessing all of that. Russell is one of the great healers of all time and he'll do whatever he can to get back as soon as absolutely possible." 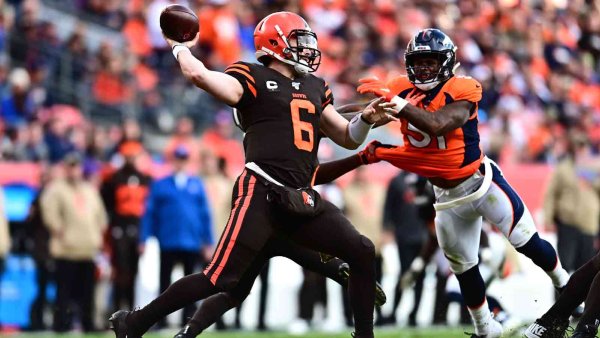 Geno Smith replaced Wilson on the next drive, throwing a 23-yard touchdown pass to DK Metcalf. After the Seahawks got the ball back trailing by six with just over two minutes remaining, Smith threw an interception on the first play after Lockett fell down, leading to the Rams' win.

Rams quarterback Matthew Stafford injured his right index finger on his throwing hand late in the first half. He took the field in the second half with his fingers wrapped. He finished the game, completing 25 of 37 passes for 365 yards with a touchdown and an interception. ​