The Miami Marlins will be looking to end a three-game skid when they visit the Atlanta Braves on Friday.

Miami opened the year with a 2-2 record, before being swept in a three-game series by the New York Mets. All seven of those games came at Marlins Park and now the Marlins will be on the road for six straight. Atlanta is 3-3 on the season, with three consecutive wins coming into this series.

Pablo Lopez will start for the Marlins in Friday's series opener. Lopez was decent in his season debut, where he came away with a victory. The right-hander allowed three runs in 5.1 innings, while striking out seven. Lopez's control was exceptional in the game, as he walked none of Colorado's hitters. The Braves have a formidable lineup and Lopez will need that kind of control again in this one.

Sandy Alcantara is Miami's listed starter for the middle game of the series. Alcantara put together Miami's best start of the season in his last outing, with eight shutout innings. The right-hander struck out six, walked none and allowed four hits in the dominant outing. Alcantara threw 92 pitches in the outing and he should be able to throw around 100 if needed this time around. This will be the first time the 23-year old has faced Atlanta in his career.

The series finale assignment will go to Caleb Smith, who will be looking for some better results this time around. Smith came away with a no-decision in his outing against the Mets, where he struck out eight hitters in five innings. Smith needed 87 pitches to finish the five frames and will try to be more efficient this time around. The left-hander allowed a pair of runs and scattered four hits, in a game New York won 7-3. Smith is 0-1 with a 3.38 E.R.A in his career against Atlanta and this will be his first start at SunTrust Park.

Starlin Castro has been Miami's best hitter in the young season, with a .321 batting average to go along with two home runs and four runs batted in. In addition to leading the team in those three categories, Castro also has the most hits and the highest on-base percentage. Castro had a rough season against Atlanta last season, with a .221 average in 68 at-bats.

After beginning the season in a slump, Lewis Brinson has been hot as of late. Brinson has hits in three straight games, including a three-hit game on Tuesday. Brinson has lifted his average to .269 and has a .296 on-base percentage thus far. Miami has used Brinson in a number of lineup slots already and could continue that trend in this series. 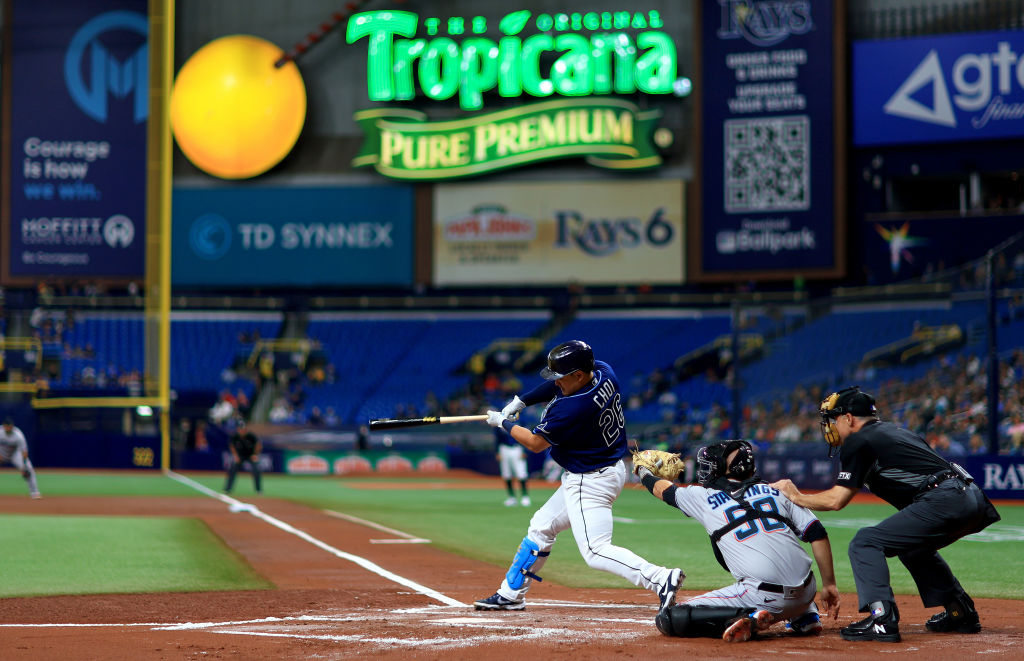