TOKYO — Like the rising sun, taxes and death, every four (or five) years and, for that matter, seemingly every major championship, American track and field fans can count on disaster befalling the U.S. men’s 4x100 relay team.

This time, though, it didn’t involve a dropped stick, or a pass out of the zone. It did involve a bungled pass. But the real problem is systemic, and that’s at the root of everything — still — and it prompted an eruption of years of pent-up frustration, embarrassment and, truth be told, anger, because it’s unfathomable why this issue keeps recurring, time and again, on the biggest of the big stages.

The emotion poured out from among the four guys themselves, leadoff runner Trayvon Bromell saying, “This is really so BS, to be honest with you.”

Paralympics Open in Tokyo's National Stadium With Acrobats, Fireworks and Parade of Athletes

And it came from no less an authority than Carl Lewis, winner of 10 Olympic medals, nine gold, two of those golds in the 4x1 relay. He posted this to Twitter:

There were two rounds Tuesday of the men’s 4x1. The four fastest teams in each of the two rounds would advance to Friday’s final.

The U.S. was in the second heat: Bromell to Fred Kerley to Ronnie Baker to Cravon Gillespie.

Bromell had recorded the world’s fastest time this year in the 100, 9.77, but inexplicably failed to make the Olympic final, coming in third in his semi. Kerley took silver in the 100. Baker finished fifth in the 100. Gillespie took sixth at the U.S. Trials in the 100; he was ranked 17th in the world in the 100; the relay was his only shot at a Tokyo medal.

The glitch happened on the pass between two and three. Kerley ran up on Baker. Unlike many other high-profile relays, they did not drop the baton. But in a race in which fractions count, Baker’s momentum was slowed, and considerably.

By the time Baker handed it off to Gillespie, it was a dead letter.

Ghana snuck into the final, two-hundredths better than the U.S.

The obvious questions: why these four, why this order and how much practice did they have together?

Because the last question gets to the crux of the problem — why does this keep happening? The relay woes are so familiar that USATF, under prior leadership, commissioned a formal report, dubbed Project 30, as far back as after the 2008 Games to examine why this is so — and yet it keeps on metastasizing.

In college, Kerley ran 13 times on Texas A&M's 4x1 relay. Eight of those 13 he ran the second leg; none were in major championship meets. When titles were on the line, he anchored five times, including in his last four races in 2017, the last time he competed in the event. Kerley proved here at the Olympics that he is the fastest guy of the four; by definition, he earned the anchor. He is taking the blame. But he was run in the wrong slot.

Bromell? In two previous races this season, he ran the third leg each time. He was set to anchor the 4x1 in Rio but, of course, got hurt. He has not led off a 4x1 since the opening round of the 2015 world championships in Beijing.

Baker's last 4x1 was in 2018. He ran a third leg on a team where the others were far more accomplished: Christian Coleman, Justin Gatlin, Mike Rodgers.

Gillespie, ranked 17th in the world in the 100m entering these Games, last anchored a 4x1 in the heats at the Doha 2019 worlds, a team carried by Coleman, Gatlin and Rodgers. He anchored six 4x1s in his entire collegiate/pro career.

Gillespie said, “I felt like our handoffs were pretty good in practice and in warmups. Just come out here and it wasn’t clicking. It’s frustrating to come out here and go home with nothing at all. You wait this many years to make the team, it’s the hardest team to make, so you want to get a chance when you get at this.

“… To me it was frustrating not making the 100 and so on and so forth. This was my chance to grab me a medal.”

Asked if he was familiar with the longstanding relay woes, he said, of course:

“So you basically have a new team every year. And so that’s the kind of frustrating thing. Getting that communication, getting that camaraderie together. And, you know, coming out here and handling our business.”

If he, Cravon Gillespie, could sit in a room with senior USATF high-performance officials and say, this is the fix, what would it be? 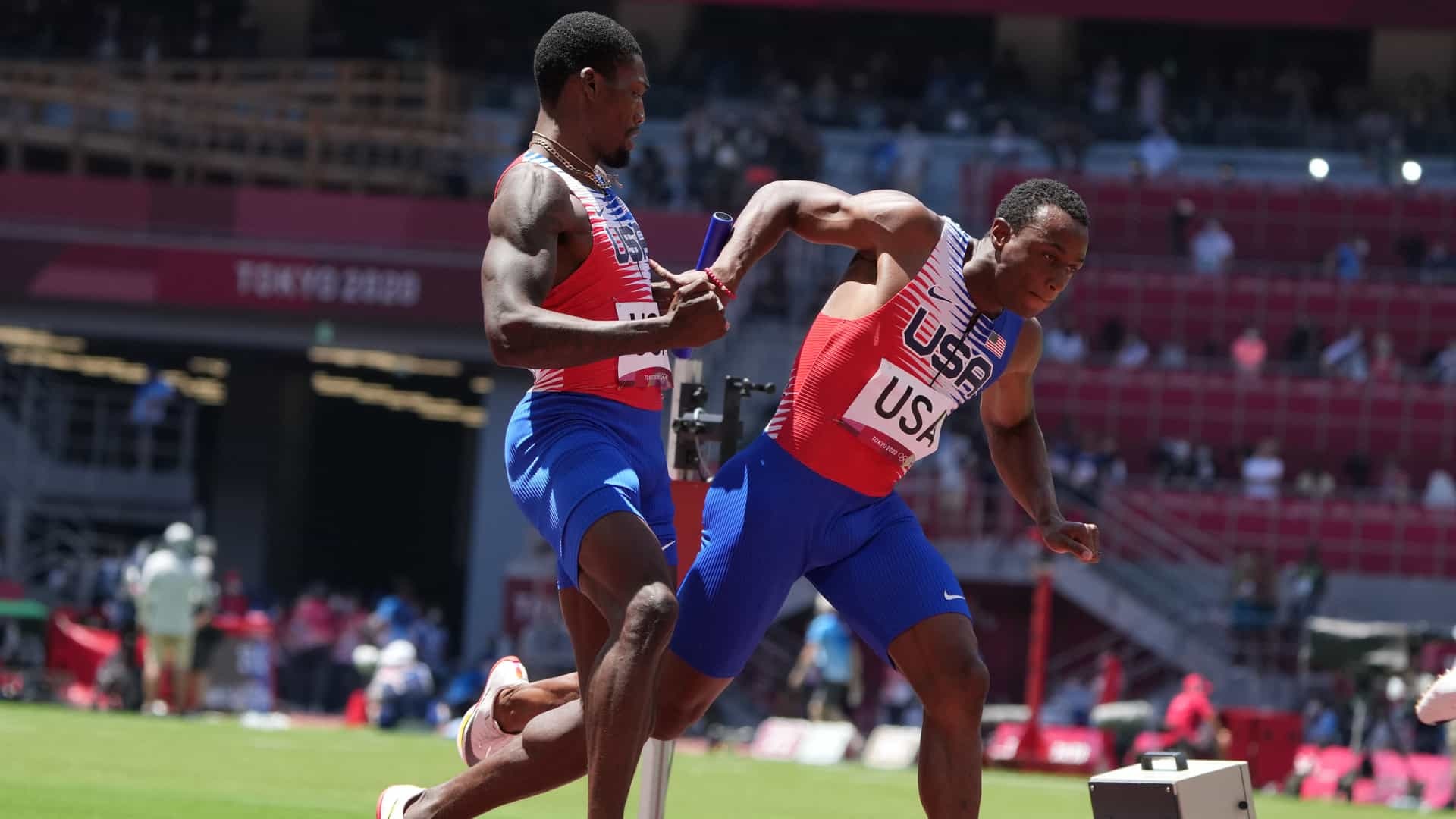