All eyes will be on Paris now to see if the the U.S. women's team can keep its historic Olympic run after the Americans won their seventh consecutive gold medal at the Tokyo Games.

But there will be major changes for the team.

Five-time gold medalist Sue Bird is headed to international retirement. Dawn Staley said she is done coaching the Olympic team after becoming the first Black woman to lead the U.S. team and the second female to win a gold medal as a player, assistant and head coach.

The Americans are also losing longtime national team director Carol Callan to retirement. She's stepping down to focus on her role as president of FIBA Americas.

So, there's much for USA Basketball to figure out in a short time with the World Cup set for next fall in Australia.

The team is still in good hands with its dominant inside game led by Brittney Griner, Breanna Stewart and A'ja Wilson. The trio combined for 63 of the 90 points the U.S. scored to beat Japan for the gold.

Griner is 30 years old, Stewart is 26 and Wilson turned 25 on Sunday, so the returning core is young enough to build around.

The Americans had six newcomers, including Wilson, on the team at the Tokyo Games. They all gained valuable experience and by winning the Olympics, the team has already qualified for the World Cup.

While Bird is retiring, Taurasi left the door open to continue her USA Basketball career. She said “we'll see" when asked about playing in Paris in 2024.

“I mean, I love Paris. They have beautiful buildings there and great fashion and the weather sucks, but oh, well," Taurasi joked after wining her fifth Olympic gold medal, avoiding directly answering the question.

Playing in the World Cup next year in Australia at least could be appealing for the 39-year-old Taurasi as her wife Penny Taylor was one of the greatest players in Australia's history. The pair are expecting their second child later this year and it would be a chance for Taylor to go home.

With Staley saying she isn't coaching again, the U.S. has to identify who has next. Minnesota Lynx coach Cheryl Reeve might be the favorite, having served as an assistant for the last two Olympics.

“Our country has a lot of great coaches that can get the job done. You know, me being a part of, I believe, six, I mean, that’s enough,” Staley said. “I’m full. I’m full. But it’s something that I’ll miss as well, because it’s not duplicated in any other form in team basketball.”

Kara Lawson, who won a gold medal as a player, and coached the U.S. women to the gold medal in the debut of the 3-on-3 competition in Tokyo, could also be a candidate.

USA Basketball will need to find someone to help make many of the tough decisions the program faces. Callan brought stability to the program and while hers is not a name many fans may know, her departure creates a huge void that will be difficult to fill. 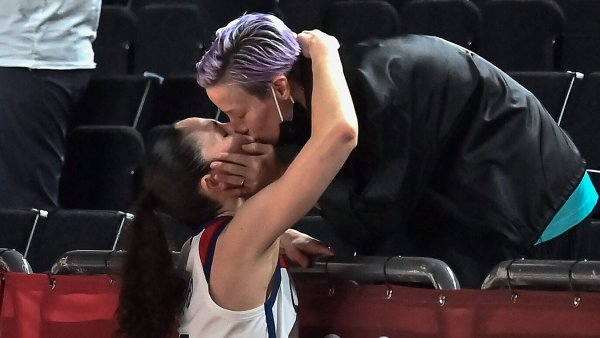 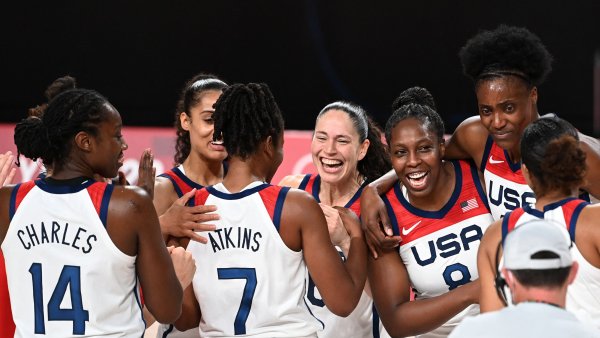 Despite cruising to their 55th consecutive Olympic win on Sunday, the competition is catching up to the Americans. Nigeria became the first team to come within single digits of the Americans since 2004 and silver medalist Japan is a young team that should only get better over the next few years.

“Japan is going to be a problem. They already are a problem, clearly,” Bird said. "And they earned this silver medal and they just test you for forty minutes.”

Most of the games not involving the U.S. were tightly contested and decided by single-digits. Japan and France — the other medalists at the Tokyo Games, finished second and third in the same pool as the Americans. Serbia, which finished fourth, also wasn't one of the top teams in pool play.

Even with the international retirement of Bird and Sylvia Fowles, the U.S. has a dominant group of players coming behind them, eager to play and represent their country. One of the names aat the top of that list is UConn freshman Paige Bueckers — the first freshman ever to win The Associated Press Player of the Year award.