Scroll down to watch video

If you've been watching the Tokyo Olympics, you know there's been no shortage of action.

Team USA athletes Jade Carey, Suni Lee and Simone Biles all earned medals for unforgettable gymnastics performances, while soccer star Megan Rapinoe was lauded for a rare move called the 'Olimpico' during a heart-stopping match against Australia. But amid all the action-packed sports feats are other poignant, funny, motivational and sometimes quirky occurrences that are just as memorable.

Here are some of the top viral moments from the Tokyo Olympics so far.

Florida’s Caeleb Dressel went viral when he tossed one of his gold medals to Brooks Curry, a 4x100m free relay prelim swimmer who helped the U.S. get to the finals. In a move that was widely viewed as a class-act, Dressel said: “I felt like (Brooks) deserved that a little more than me."

Watch the touching moment below.

2 - Swim Coach Breaks it Down After Epic Win

When Australian Ariame Titmus won the women’s 400-meter freestyle in Tokyo, swim coach Dean Boxall was ecstatic. So ecstatic, he could be seen in the stands dancing victoriously, jubilantly shaking his fists at the sky and simultaneously breaking down some killer dance moves.

Alas, just as there are big wins in the Tokyo Olympics -- there are also big losses. Canadian Pamela Ware had a misstep on the most difficult dive of the night, meaning she finished at the bottom of the table.

The flop may have been heartbreaking, but Ware took it in stride -- and used it as an opportunity to remind people that even athletes make mistakes sometimes.

"What you guys see in the competition is just a tiny factor of what we do to get to where we are," Ware said in an Instagram post. "I was so ready for this competition, and I made a mistake."

"I have done everything possible to make it to where I am and I'm human, I'm allowed to make mistakes."

Ware said she's received many messages of encouragement and that the setback will only make her stronger.

Grab your tissues -- this one’s a tearjerker. Team USA flagbearer and Miami Marlins player Eddy Alvarez got a virtual surprise visit from his family after the Opening Ceremony.

In a night that was already emotional for the Cuban-American athlete, the unexpected family visit on the TODAY show got more tears rolling. Watch the video below.

Sifan Hassan may have been knocked down when another athlete tripped in the women’s 1500m, but that didn’t stop her from getting back up and winning the heat!

Watch the epic race below.

Tom Daley, 27, went viral after he was spotted knitting at the 2020 Tokyo Olympics during the women's 3m springboard diving final on Sunday, Aug. 1.

The diver was masked up and wearing Great Britain gear while knitting a pink-and-blue garment. He simultaneously showed his support for fellow competitors while also remaining focused on his favorite activity for relaxation.

It's a handy skill -- especially when it comes to protecting your Olympic gold! 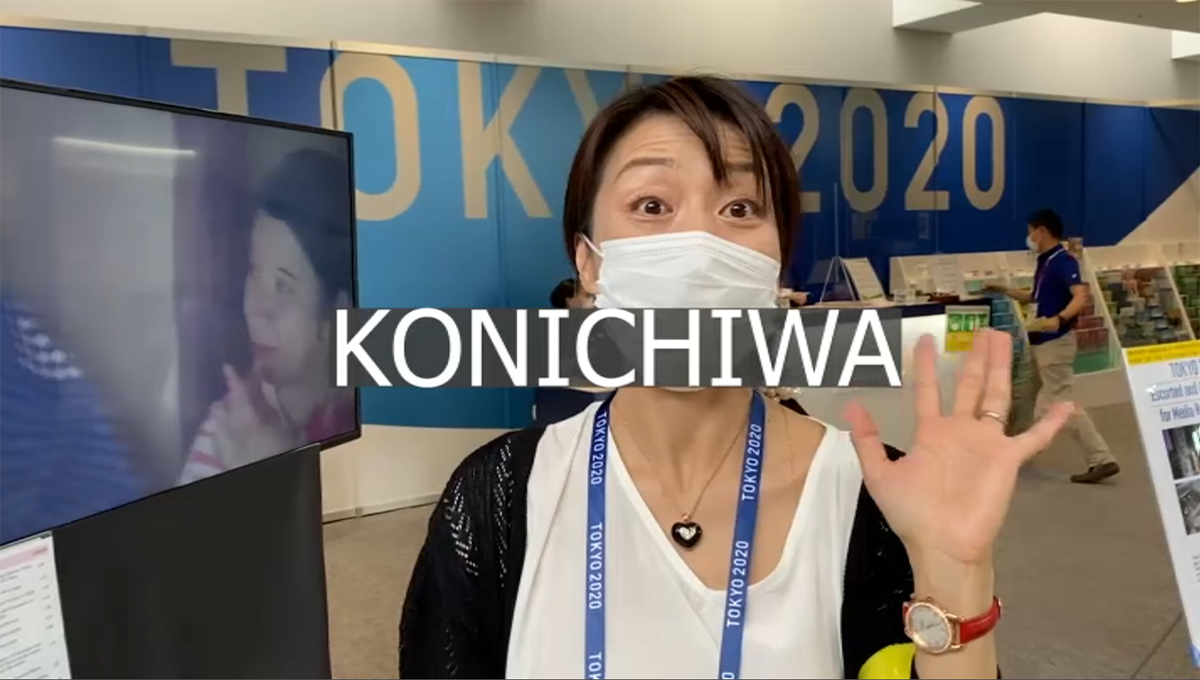 Say What? Learning the Japanese Language During Tokyo Olympics