Three Reasons Why Jamaicans Are So Fast at Olympic Sprinting

Jamaica has consistently swept Olympic sprinting events. President of the island's Track and Field Coaches Association tells us why and how

Why are Jamaicans so fast? It’s a question many people are asking after watching the country’s electrifying performance at the Tokyo Olympics.

Jamaica has swept Olympic sprinting events for the fourth consecutive Games, led by Elaine Thompson-Herah who took gold in the 100m and the 200m, the former of which set a new Olympic record. The country's relay team also won gold in the women's 4x100m. And Hansle Parchment took gold in the men’s 100m hurdles, while his teammate Ronald Levy took bronze.

The wins (and Olympic medals) keep pouring in. So, that begs the question: why are Jamaican track stars so fast?

David Riley, president of the Jamaican Track & Field Coaches Association, says there are several reasons why their athletes are successful in the sport: mentorship from living legends, personal motivations and quality coaching.

The groundwork begins when athletes are younger, starting in grade school and particularly around the time they reach high school.

“Most of these athletes that you see would have been involved in a sport 10 to 12 years prior to them being at the Olympics,” Riley said. “They've had to go through the rigors of competing at the high school and the primary level, and they've been sharpened.”

Jamaica is a relatively small island. So, the chances of a recruiter spotting an aspiring track star is almost inevitable.

“You have people looking out there for the next big thing,” Riley said. “You get into all of the proper organized training programs and from there your development begins.”

Not only are young runners groomed by recruiters and coaches, but the island’s living legends also play a vital role in developing champion athletes.

“We have living legends that are there encouraging the kids and just being present. And this also adds to the success that you see at the Olympics,” Riley said.

Usain Bolt, who is Jamaica's most decorated Olympian and arguably one of the best sprinters of all time, is just one of the track icons motivating the country’s youth.

"You easily could come in contact with with any of the legends," Riley said. "They're always very receptive of the kids. And they're always there to the come and share with them. And it's a different environment. And we're appreciative of the level of support and an interest that they show in also giving back to their own schools, which nurtured and developed them."

Reason #2: Big reasons why and even bigger dreams

Many of Jamaica’s athletes use their own personal motivations and stories as fuel to help drive them to success.

“One of the things that I think has helped us is just the reasons why people are pursuing this sport,” Riley said. “The athletes who have big reasons, big dreams, whether it is to get out of poverty, to get out of the community that they're living in, to get a scholarship.”

Riley says that many young athletes use their talents as a lure to be recruited by U.S. colleges to not only further develop their skills but also as a way out of poverty.

An athlete’s “why” – if big enough – can help push them to their dreams. It can be their sole motivation to wake up before daylight and persevere though endless hours of training day in and day out.

“I think it's just because many of the athletes have big reasons why they want to continue, where they want to pursue it. And those reasons help them to go the long haul.”

Track and field is more than just a test of endurance. It’s also a test of the mind.

“Track and field is a knowledge-based sport,” Riley says. “So, whatever it is that's required to develop the skills in the various events, the coach must have a knowledge and understanding of it.”

Coaches in Jamaica go through intense training and educational programs to ensure that they are well-informed and equipped to properly train athletes for success.

“They get exposed to some of the techniques and training that's required to be successful,” Riley said. “But I think overall, the coaching, the quality of the coaching is pretty good.”

We asked Dalilah Muhammad, Kenny Bednarek, Noah Lyles, Joe Kovacs and Grant Holloway to give us their best lines to a poem about anything. The result? A poem about what they ate for breakfast.

But in many cases, it’s more than just coaching. It’s mentoring.

“They're almost fathers and mothers for the kids who they have to interact with,” Riley said. “The coaches have taken up the responsibility, and even the financial component as well, to make sure these athletes are being taken care of, their needs are being met, and that, in fact, those who have great potential go through to realize the potential by their own investment in the athlete.”

Does Jamaica have some of the best coaches in the world? According to Riley, yes.

“Certainly, our coaches are among the best in the world and the results show that. We give kudos to them for just their dedication and the going above and beyond, in many cases, to see to the athletic development and success of the individual.” 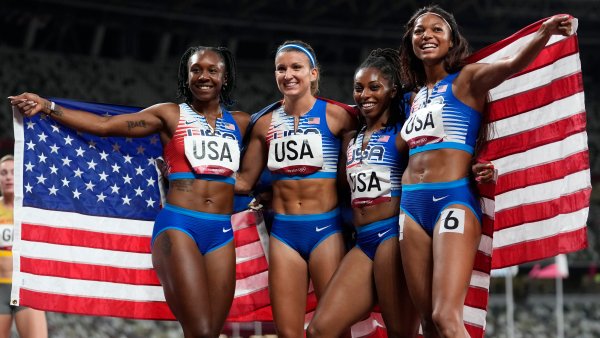 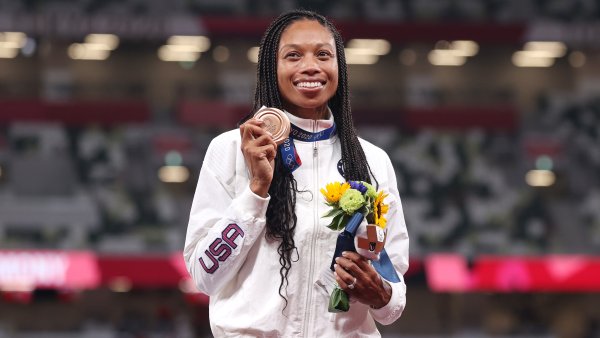