Vick to Rebuild his Finances with Construction Job

NEWPORT NEWS, Virginia — A lawyer for suspended NFL star Michael Vick told a bankruptcy court on Thursday that the former Atlanta Falcons quarterback has lined up a construction job for when he gets out of prison.

Vick, 28, appeared in court for the first time in his bankruptcy case to explain to a judge how he plans to emerge from his financial problems. Before the hearing began, he turned around to wave and smile at family members in the courtroom. He is expected to testify before the proceeding wraps up on Friday.

Vick is serving a 23-month sentence for bankrolling a dogfighting ring, and his bankruptcy plan is based on the goal of returning to a professional American football career. He briefly left a federal prison in Kansas to attend the hearing. He's scheduled to be released from custody in July, but could be sent to home confinement in late May.

His lawyer Michael Blumenthal said when Vick was released, he plans to work 40 hours a week for a construction company. He did not disclose the wage or give any other details about the type of work that Vick will be performing. 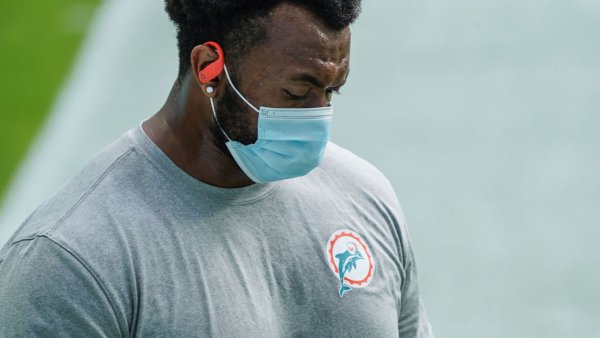 Vick once was the NFL's highest-paid player and among its most popular. But details about the brutality of Vick's dogfighting enterprise enraged the public and helped destroy his finances, which court records show were already in serious disarray because of lavish spending and poor investments.

This week, Vick and the Falcons agreed that he would pay back $6.5 million of his Atlanta contract, moving closer to cutting ties with a team that doesn't want him. But how and when Vick might begin a professional comeback isn't clear. Vick was suspended indefinitely after his 2007 indictment, and NFL commissioner Roger Goodell has said he will review Vick's status after he is released.

Under his bankruptcy plan, Vick would keep the first $750,000 of his salary, and creditors would get part of any additional earnings. Most objections to Vick's bankruptcy plan have been resolved, his lawyer said.