Michigan defensive back Hunter Reynolds saw the tweets from Trevor Lawrence and other college football players pushing for the opportunity to play this season despite the pandemic.

Reynolds, one of the organizers behind a players' rights movement in the Big Ten, didn't like the way some on social media seemed to be pitting Lawrence's message against the efforts of #BigTenUnited and #WeAreUnited.

“There was a lot of division," Reynolds told AP early Monday morning.

Reynolds got on a call with Lawrence and the star quarterback's Clemson teammate, Darien Rencher, and within a matter of hours the summer of athlete empowerment found another gear. 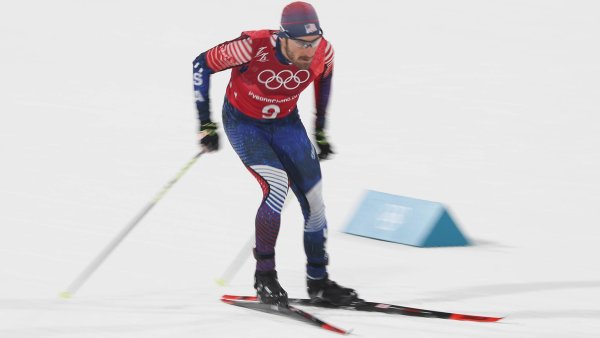 College football players from across the country united Sunday in an attempt to save their season and ensure they will no longer be left out of the sport's biggest decisions.

University of Miami's head coach Manny Diaz also joined the movement Monday night by tweeting a photo of the 'Canes taking a knee in unison on their practice field along with the hashtags #WeWantToPlay and #WeWantToCoach.

“We came to the conclusion, We Want to Play, their message might have been conveyed differently but at the end of the day the message wasn't too far off from what Big Ten United wanted to promote," Reynolds said. "Which is we all want to play sports this fall. Every athlete, I'm pretty sure, wants to play their sports. They just want to do so safely.”

The #WeAreUnited hashtag was used a week ago by a group of Pac-12 players in announcing a movement they say has the support of hundreds of peers within their conference. They have threatened mass opt-outs by players if concerns about COVID-19 protocols, racial injustice in college sports and economic rights for athletes are not addressed.

#BigTenUnited arrived on the scene a couple days later, a movement that claimed the backing off 1,000 Big Ten football players. Their demands were more targeted, strictly related to health and safety in dealing with COVID-19.

Sunday night, the call with Reynolds, Rencher and Lawrence led to a Zoom meeting — of course — with some of the Pac-12 players involved in “WeAreUnited.”

Washington State defensive lineman Dallas Hobbs got to work on a graphic and now the movement is officially nationwide.

“Just started bouncing ideas off each others' heads and kind of discussing where we go from here and we ended up coming up with that statement,” said Reynolds, a senior from South Orange, New Jersey.

Under the logos of each Power Five conference — ACC, Big Ten, Big 12, Pac-12 and SEC — the players pronounced their platform:

— We all want to play football this season.

— Establish universal mandated health & safety procedures and protocols to protect college athletes against COVID-19 among all conferences throughout the NCAA.

— Give players the opportunity to opt out and respect their decision.

— Guarantee eligibility whether a player chooses to play the season or not.

— Use our voices to establish open communication and trust between players and officials: Ultimately create a College Football Players Association.

All of this capped a weekend during which the adults who run college sports seemed to be moving toward shutting it all down because of the pandemic.

A day after the Mid-American Conference became the first of the major college football leagues to cancel the fall season, Power Five conference commissioners met Sunday. They discussed mounting concerns about whether a season can be safely conducted with the pandemic still not under control in the United States.

Big 12 Commissioner Bob Bowlsby said no decisions on the season have been made, but conceded the outlook has not improved.

“Are we in a better place today than two weeks, ago? No, we’re not," he said.

New York Times sports reporter Ken Belson discusses the significant hurdles the NFL faces in bringing back the game in 2020 amid the coronavirus pandemic, as players voice concerns.

Bowlsby cited “growing evidence and the growing pool of data around myocarditis.”

Myocarditis is inflammation of the heart and it has been found in some COVID-19 patients. There is concern it could be a long-term complication of contracting the virus even in young, healthy people, a group that has usually avoided severe cardiovascular symptoms.

Also Sunday night, the Big Ten’s university presidents and chancellors held a previously unscheduled meeting, a person with knowledge of the meeting told The Associated Press. The person spoke on condition of anonymity because the meeting was not announced by the conference.

Another person with direct knowledge of the meeting, speaking on condition of anonymity, said no votes were taken or decisions made about the college football season.

The final call on whether major college football will played this season rests in the hands of the university presidents who oversee the largest conferences.

With doom and gloom hanging over college football, Lawrence, who has become the face of the sport in a summer of strife, tried to push back the tide with a series of tweets.

"People are at just as much, if not more risk, if we don’t play,” Lawrence posted. “Players will all be sent home to their own communities where social distancing is highly unlikely and medical care and expenses will be placed on the families if they were to contract covid19.”

Penn State tight end Pat Freiermuth had a similar message, and the parents of Ohio State football players weighed in, too.

Reynolds wants athletes to have a say in the meetings that are deciding the fate of their sports — starting now.

”All college athletes through unifying and not being afraid to speak our minds and having social media to kind of mobilize, I think that box on a Zoom call is something that is pretty attainable," he said. "Especially, in the near future."