Uncertainty Surrounds Those Filing for Unemployment

"I want them to know they need to fix the website," she told NBC 6.  "At least the website."

On Thursday, she shared an update with NBC 6 – she was finally able to file her application online at 10 p.m. Sunday.

"There was a little bit less traffic on the site so I was able to submit it at that time," she said.

But her uncertainty was far from over because even though she was able to file a claim, she didn't know how long it would take for it to be processed.

The inability to reach someone over the phone was especially frustrating for those who needed to reset their PINs. One person wrote on Twitter, "People need to call to 'verify their identity' and I've called 100 times and haven't gotten anywhere..."

On Facebook, another person wrote her husband submitted his claim but couldn't reach anyone: "On hold for hours and no one ever picks up ... So I'm assuming his claim will go no where until this is completed??!!" 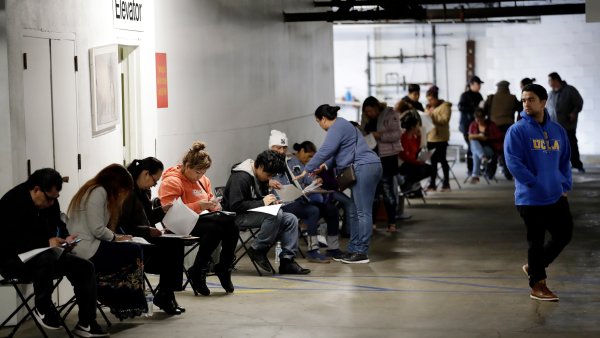 Christelle, meanwhile, said she had no idea when she might receive some much needed funds.

“We’re still getting my husband’s income which helps, but obviously I need my income,” she said.  “We’re having half of the income we normally need so just like everybody else we’re trying to work with creditors and others to make adjustments to be able to pay as many bills as we can.”

She said she was glad to hear the Florida Department of Economic Opportunity had hired 70 people and was working with an outside call center that should be operational by next week. She hoped those measures would finally yield some much needed relief for thousands of people who are anxiously waiting to file their claims and start collecting benefits.

"I saw a big improvement on their site from one week to the other," she said. "I can only hope that next week the process will be even faster and even easier."

The DEO did not respond to NBC 6's questions about how long it would take to process applications or how soon people might be receiving funds after their application was submitted.  But they did say if you're having trouble filing a claim online, try using Internet Explorer instead of Google Chrome.  A spokesperson also suggested calling early in the morning or late at night.