We may start out dry on Friday, but it looks like conditions degrade through the day

South Florida is going to be in for some wet weather in the coming days according to a Tropical Storm Watch and Flood Watch issued by the National Weather Service.

The Tropical Storm Watch comes after Potential Tropical Cyclone One formed Thursday evening and is expected to bring heavy rainfall and possible flooding to South Florida over the weekend.

Whether or not the system organizes to become the season’s first named storm, Alex, remains to be seen. However, it is currently forecast to do just that as it approaches the west coast of Florida Friday night.

As residents across South Florida prepare for the potential flooding, the Miami-Dade Office of Emergency Management has issued flood safety reminders for the weekend which can be found here.

Locally, the heavy rainfall is anticipated to ramp up Friday afternoon and extend through the mid-day hours Saturday.

At this time, South Florida stands to see 4-8 inches of rainfall with isolated amounts pushing 10 inches. This, in tandem with our recent downpours, will elevate the threat of flash flooding for the entire metro area through Saturday afternoon. 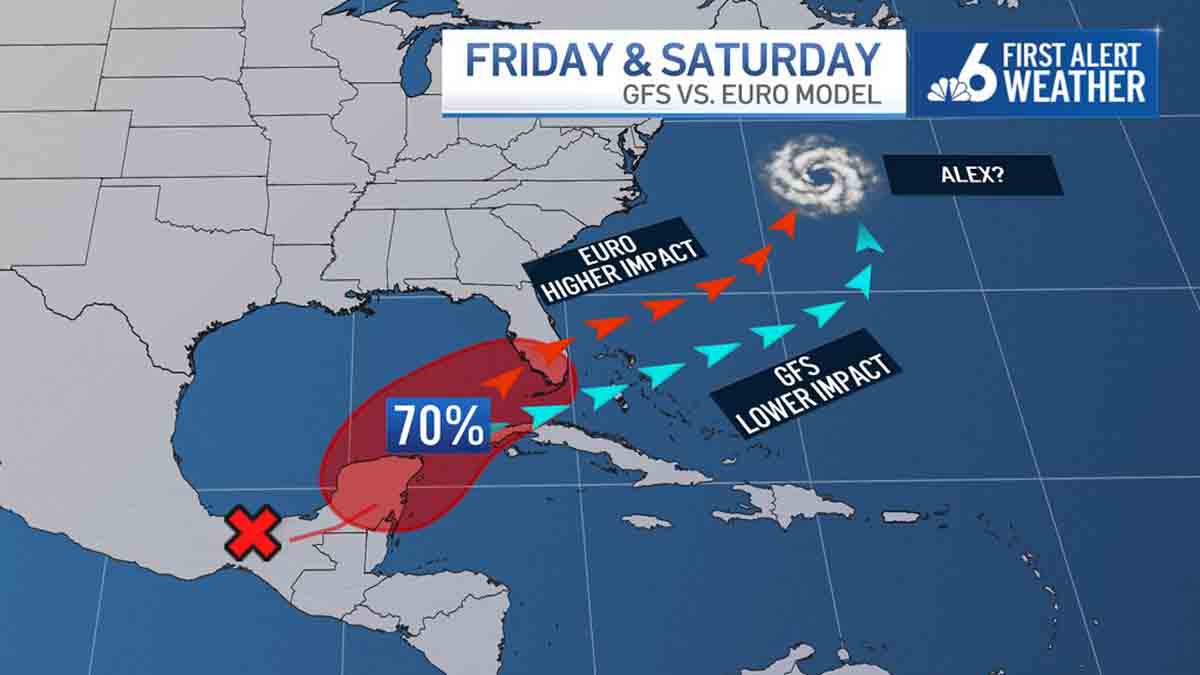 In the window of Friday night through Saturday morning, an isolated tornado threat may evolve, depending on the ultimate track of the system.

Winds will gust quite possibly 30-40 mph or slightly higher.

With impending flooding and winds, it is advised that residents try to stay indoors as much as possible.

Rapid improvements will settle in late Saturday evening and Sunday will offer up much more sunshine with a 30-40% chance of showers and storms.

It'll be hot too with highs potentially eclipsing 90 degrees.