Hurricane Grace struck Mexico's Caribbean coast just south of the ancient Mayan temples of Tulum on Thursday, tearing the roofs off some homes, knocking out power to thousands and keeping tourists off white sand beaches as it crossed the Yucatan Peninsula.

The push across land weakened the storm, but by evening it was centered back over water — the Gulf of Mexico — and the U.S. National Hurricane Center said it was again regaining strength as it headed for a collision with the Mexican mainland late Friday or early Saturday.

The Category 1 storm had already soaked earthquake-damaged Haiti, Jamaica and the Cayman Islands en route to a direct hit on the Riviera Maya, the heart of Mexico's tourism industry. Grace's center struck just south of Tulum with maximum sustained winds of 80 mph (130 kmh), according to the Hurricane Center.

By nightfall, tropical storm-force winds were back up to 60 mph (95 kph) and rising. It was centered about 350 miles (565 kilometers) east-northeast of Veracruz and was heading werst at 15 mph (24 kph). 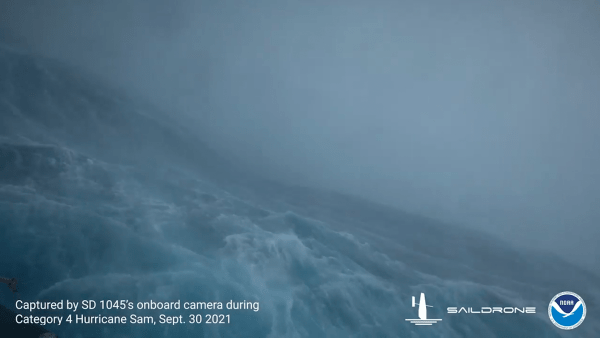 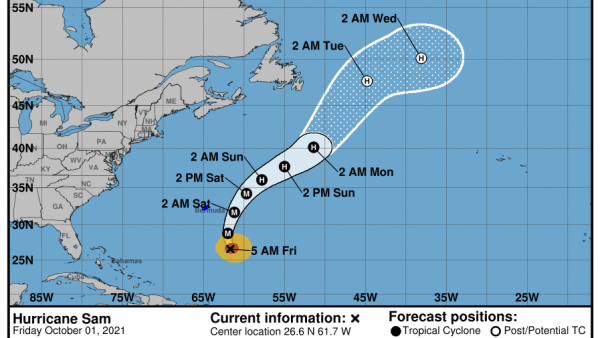 Around 2 a.m. Thursday, as Grace's eye spun just offshore, Carlos González grabbed his 1 1/2-year-old son and ran from his home with his wife to a public school converted into a shelter for dozens of families. The light from his cell phone helped them find their way through the dark streets.

“The only thing I have left is what I'm wearing,” the 35-year-old construction worker said. “I knew my house wasn't going to stand it because it's made of cardboard. When the wind came I was really scared and decided to leave.”

Miguel Ángel Garcia decided to stay. On Thursday, he used a machete to hack at a tree trunk that had fallen onto his home's roof.

“The wind came and they told us we should get to the school, but we didn't have time because the trees started coming," said the 33-year-old waiter. "We decided to stay and not go out into the street and leave it up to God.”

Many streets were blocked by fallen limbs and trees that pulled down power lines, leaving thousands in the dark.

Most businesses remained closed, but the few that opened saw long lines of residents waiting to buy tortillas and other food.

Quintana Roo Gov. Carlos Joaquín said the storm had knocked out power to some 84,000 customers in Cancun and 65,000 in Playa del Carmen, Cozumel, Puerto Aventura and Tulum. But he said there were no reported deaths.

One lane of the highway between Playa del Carmen and Tulum was blocked by a fallen road sign. A gas station was destroyed when a large pavilion blew down, smashing two cars.

The state had opened shelters and evacuated some hotels and residents ahead of the storm's arrival. Grace missed the popular cruise ship destination Cozumel and came ashore south of Playa del Carmen, where the downtown, usually thumping with music and clubgoers, was eerily desolate Wednesday night. Authorities had ordered all businesses closed and people inside by 8 p.m.

State authorities said that as of last week, the region was hosting about 130,000 tourists and hotels were more than half full despite the pandemic.