Hurricane Irma in 2017 brought lots of wind and water, but there was one thing absent — a pandemic. Thanks to COVID-19, this active hurricane season is unlike any South Florida has faced.

“You are safer with us,”  said Frank Rollason, Miami-Dade’s Emergency Management Director. In his 45 years of service to South Florida, the potential of a storm with a real pandemic in the mix is a new one.

Rollason message is for the 2 million residents who live in evacuation zones. In all, the country has 82 shelters that could house 112,000 people who have no place else to go. With the word for months—stay home and social distance—Rollason knows it’s a tall order convincing the public they’re better off coming to a school even though it is better protected from any rising water and howling wind than most homes. 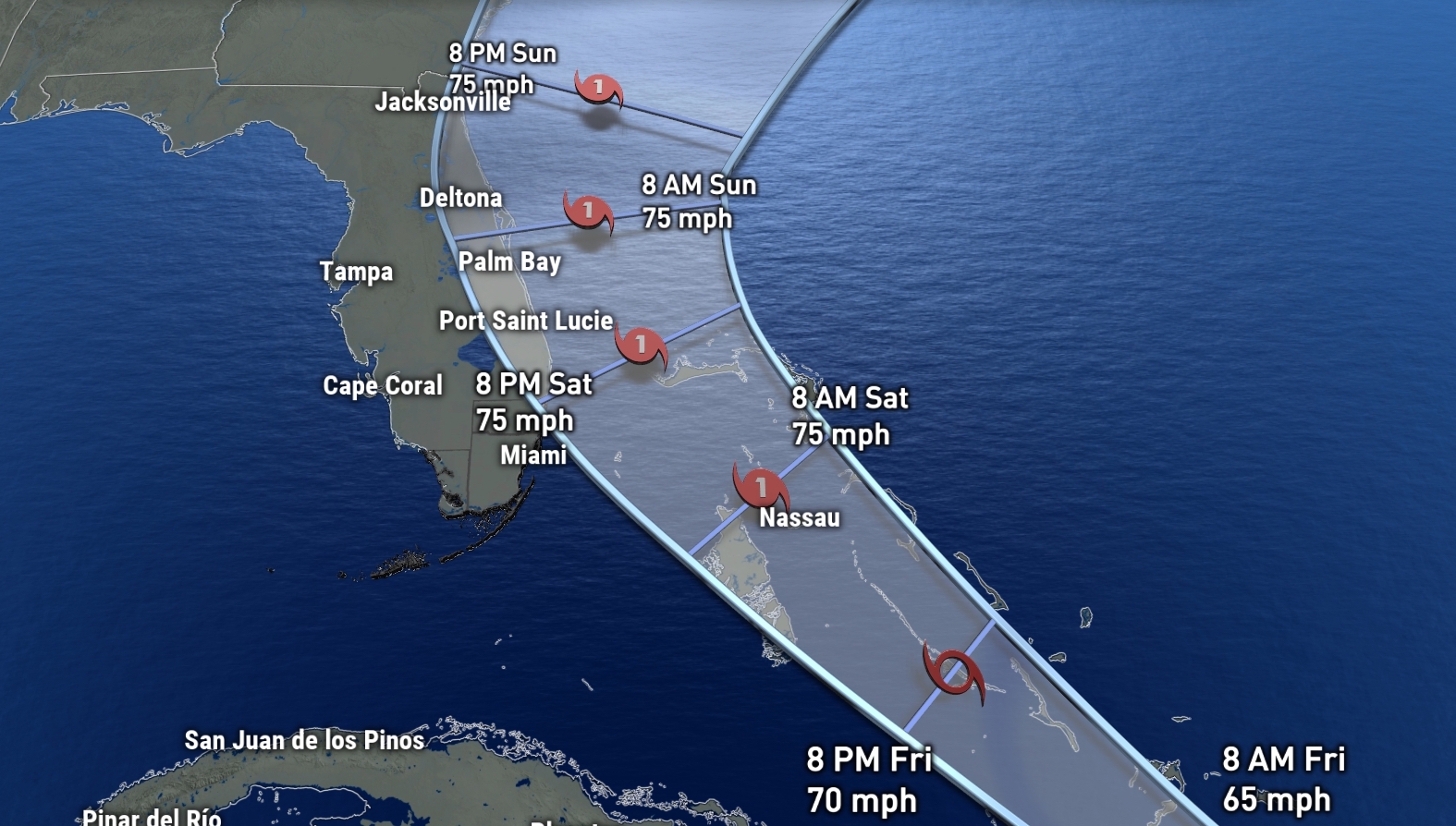 Isaias Becomes Hurricane as It Heads to Florida “The challenge is going to be, will they come? When the Mayor puts out the evacuation order will they listen? And will they leave their homes and come to the shelter because of the fear of being in an atmosphere conducive for transferring the COVID virus," Rollason said.

Rollason’s team is trying to provide as much social distancing as possible. In neighborhoods they predict would be hardest hit, they would double the number of schools utilized to give each person more space.

“We will double the distance between people ... which will give roughly 6 feet between the individuals,” Rollason said. Broward County told us it's taking similar steps.

A system like the one at a field hospital erected at the Miami Beach Convention Center may go up at 20 shelters.

“In those buildings they put in what they call a pole and drape system, where they actually develop cubicles and with dividers between there. We are working with this outfit to see if there is a way that, on very short notice, if they can come in and provide that service in the evacuation centers like in gyms,” Rollason said.

To get inside the shelter, there would be temperature checks and questions to answer to determine if you, and those with you, need to be quarantined.

“We will separate those families into those classrooms where they can be together,” he said.

Each person gets ready-to-eat meals, face masks, gloves and hand sanitizer.  The gear is stacked in marked boxes at a warehouse.

“We’ve ordered individual kits—a couple hundred thousand of them—to give to each person that comes in,” Rollason said.

Over at the room where Rollason would coordinate the response with police, fire, cities, and charities, the plexiglass is now up. There are also special fans that use ultraviolet light to kill the coronavirus too. The hope is that outside of Rollason and a few others, the room will be almost empty because the teams will do their work remotely.

“We’re working on that. We’ve run one test already to where we can run this EOC virtually from a distance,” he said.

The number of volunteers before and during any storm at the shelters would be less because Rollason told us the Red Cross won't come in until the recovery would begin.

The big worry from the experts this storm season is that the risk of catching COVID-19 will keep people from leaving homes in areas where they should get out — a decision that could place them in greater danger.

One thing the county says you don’t have worry about is the water you drink. The County said that it's constantly checking the water supply and that its lab techs are on the job as well as the maintenance workers who maintain the intake and pipes.

The county says they’ve stock piled all the chemicals and supplies they need to make it through any storm and the time after it passes.