It is way too soon to know what the system wants to do, but all of South Florida will need to monitor it in the coming days

A tropical depression formed in the Caribbean Friday and was forecast to strengthen into a hurricane as South Florida was in the "cone of concern" and on guard for possible impacts in the coming days.

The system, Tropical Depression Nine, had maximum sustained winds of 35 mph and was moving west-northwest at 15 mph about 400 miles east-southeast of Kingston, Jamaica, the National Hurricane Center in Miami said Friday.

A hurricane watch was issued for the Cayman Islands Friday evening, while a tropical storm watch was in effect for Jamaica.

Some slow strengthening is forecast during the next day or so, and the depression is expected to become a tropical storm by Friday night or Saturday. More significant intensification is forecast on Sunday and Monday, with the system forecast to become a hurricane south of Cuba early Monday, the NHC said.

The latest forecasts from the NHC showed the system possibly becoming a major Category 3 hurricane.

NBC 6 anchor Kris Anderson has more on what you should know ahead of possible impacts next week.

National Hurricane Center forecasters said it will move west-northwestward before turning toward the northwest over the weekend.

Models are very consistent over the next five days, taking the developing storm across the Caribbean toward the southwestern coast of Cuba.

After that, models are not in good agreement and changes were expected but much of Florida remained in the cone of concern Friday.

It remained way too soon to know what this system wants to do, but all of South Florida will need to monitor it in the coming days.

Even if the storm misses, South Florida could still be close enough for enhanced moisture on the east side of the system. At this point, Florida and the entire Gulf Coast will need to keep close tabs. 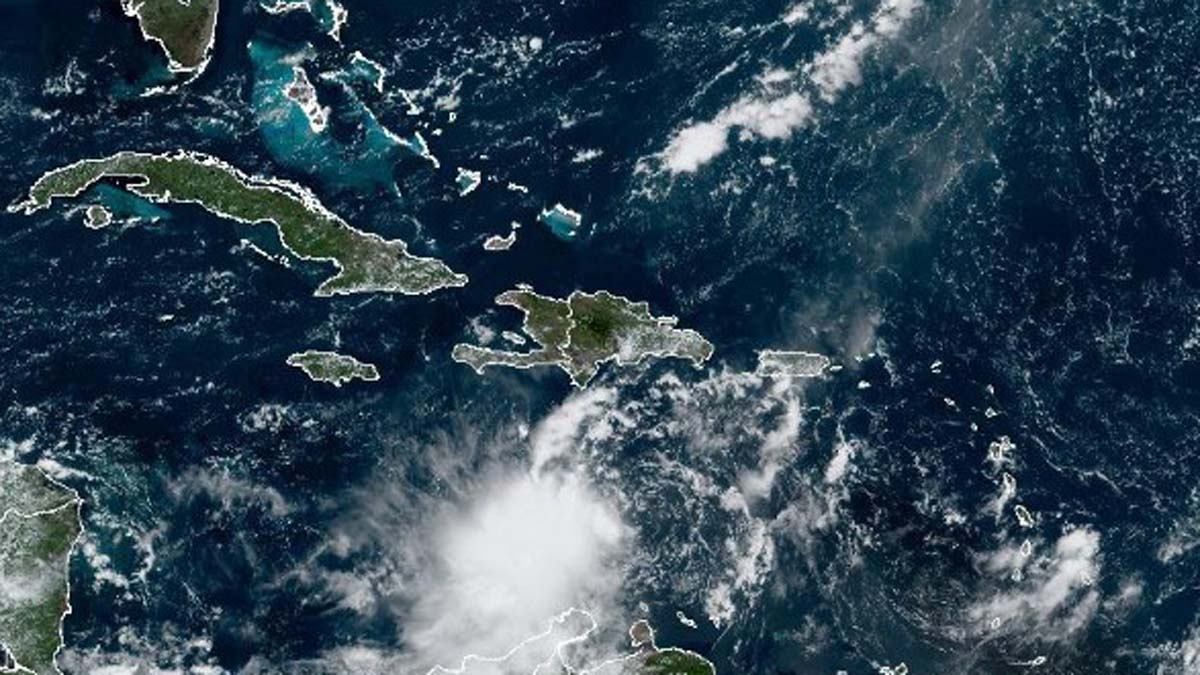 Florida Gov. Ron DeSantis declared a state of emergency Friday for 24 counties in the potential path of the system, including Miami-Dade, Broward, Monroe and Palm Beach.

The Florida Division of Emergency Management said Friday that they were monitoring the system and urged residents to prepare.

"The Division is working closely with our federal, state and local partners to ensure we are prepared to provide assistance to impacted areas if Tropical Depression Nine makes landfall in Florida next week,” Division of Emergency Management Director Kevin Guthrie said in a statement. “It is critical that Floridians remain vigilant and prepared – it only takes one storm to cause costly or irreversible damage to your home or business."

"No cause for panic but we want everyone to be prepared," Levine Cava said at a briefing. "Now is the time to make sure that you have a hurricane plan in place."