Two Weather Disturbances in The Atlantic With Potential For Development

The tropical Atlantic has become the place to watch this week as two areas of low pressure are being observed for potential development.

In the short term, interests in the Lesser Antilles should monitor the progress of an elongated area of low pressure located a few hundred miles east of the Leeward Islands. It has a 60% chance for development over the next five days.

Further east, another disturbed area presents a 40% chance for development.

Both entities are moving west to west-northwest at this time.

Outside of passing rains and gusty winds sweeping the Antilles over the next two days, it is too soon to determine any specific impacts.

Prior to this activity being monitored, there’s been a noticeable lull in the tropics. 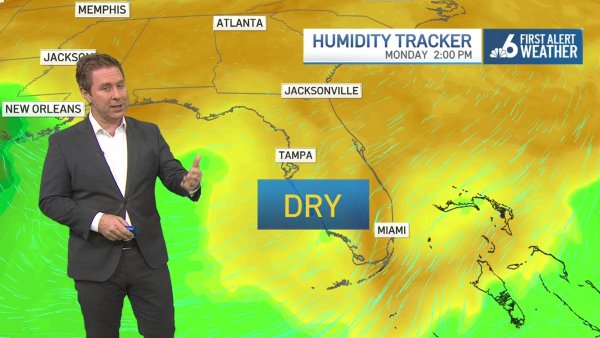 The last named storm in 2021 was Elsa, with the final advisory written over a month ago.

Since then, conditions have remained quite tranquil.

So far this season, five named storms and one hurricane have developed.

The next name on this season’s list is “Fred.”

Just last week, Colorado State tweaked their seasonal forecast. It calls for an additional 13 named storms and 7 hurricanes in 2021.

NOAA updated their seasonal forecast last week, too.  It calls for a total of 15-21 named storms with 7-10 hurricanes.