The Price We Pay: the Costs and Outcomes of Some Complex Death Penalty Prosecutions

Prosecutions are expensive and rarely successful in the most complex cases, but proponents and survivors say some cases cry out for the death penalty anyway.

The death penalty is the ultimate punishment, reserved for the most heinous and cruel of crimes.

But at what price?

The exact taxpayer costs of investigating, prosecuting, defending, trying, appealing and carrying out a death sentence in Florida is impossible to determine.

Police, state attorneys and public defenders offices, for example, don’t separately track the time their employees, attorneys and staff spend on such cases above and beyond what they might on a case where death is not sought as a punishment.

The Price We Pay: Following the Money Behind Death Penalty Cases in Florida 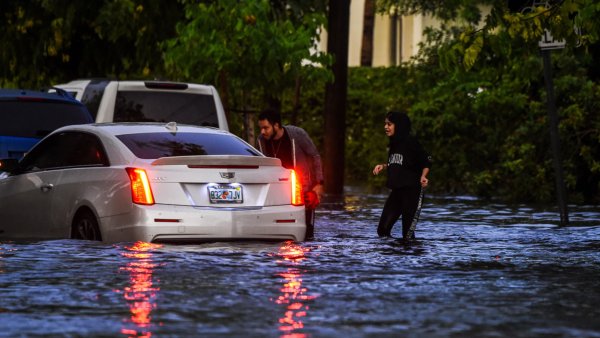 But the NBC 6 Investigators can reveal how much the death penalty costs taxpayers to defend some of the most complex cases, those where conflicts prevent tax-funded defenders from being involved: $41 million over nearly 45 months, about $920,000 a month.

And that’s just for the defense in a small slice of all cases where state attorneys announced their intent to seek death at some point in the prosecution.

His escape from the Broward County courthouse made him infamous — and this week, Dayonte Resiles faces the death penalty in the murder case of a woman over seven years ago. NBC 6's Amanda Plasencia reports

Dayonte Resiles is charged with the 2014 murder of Jill Halliburton Su during a burglary of her Davie home.

And, of course, the Parkland shooter has admitted his crimes. All that remains is a life-or-death decision from a jury to be picked soon after the new year.

His victims paid with their lives; now, we can reveal how much some complex death penalty cases cost you.

An expensive exception to the rule

When he was a Broward County prosecutor, Gregg Rossman says he knew a death penalty case when he saw one.

“Death ought to be the exception and not the rule,” he said, noting he once took death off the table after a jury failed to convict one murderer of all charges, even though death was still a viable legal option because they did return a guilty verdict to first-degree murder.

Prosecutors who seek death aren’t motivated by blood lust, he said. “No, they shouldn’t be … I never saw that … Nobody’s excited to seek the death penalty.”

Among the least excited, those working with the Balanced Justice Project at Florida International University’s School of Law.

“We know it can’t be arbitrary, it can’t be capricious,” said its director, Hannah Gorman, who with researchers and colleagues helps those facing possible execution and their legal teams. “It has to be fairly applied.”

To get a sense of how expensive, the NBC 6 Investigators obtained more than 18,000 invoices paid for death penalty defense fees and costs between January 2018 and September 2021 by the state Justice Administrative Commission.

The tax money went to court-appointed defense attorneys and the experts and vendors who assist them representing defendants who are too poor to pay their own and who present conflicts that prevent them from getting state-salaried defenders.

It’s just a small slice of all death penalty cases, but Gorman was surprised to see just how much even those cases cost the state.

“Forty-one million dollars -- now we have it,” she said. “That tells me that is a huge amount of money and, if you’ll forgive me for speaking bluntly, a ridiculous waste of resources.”

The NBC 6 Investigators were able to analyze how much death penalty defense costs taxpayers in a subset of cases. NBC 6's Tony Pipitone reports

Justice is about more than money

But Rossman says obtaining justice for families of victims and society as a whole is about more than money.

“As a society, do we gauge everything by just the cost of it?” he asked. “The money we spend reflects our values, what is important to us and I would say that the death penalty is something that we, personally I, believe is necessary in the society.”

Florida law now requires a jury to unanimously choose the death penalty. If it doesn’t, a judge can no longer overrule a jury and impose death.

But even under the old law, we found almost all of the most expensive cases funded by the JAC that are resolved resulted in life sentences.

Shown the list, Gorman ticked off the sentences. “Life, life, life, life -- what this is telling me is we have spent a tremendous amount of money on cases that the state attorney’s office has perceived as being appropriate for the death penalty and … we are finding that the jury seems to be telling us it’s not death-penalty appropriate.”

Most expensive cases fail to end in death penalty

In Miami-Dade and Broward, the top 10 most expensive resolved death penalty cases all got life.

The 11th on that list — Gerhard Hojan — did get death, for murdering two employees of a Broward Waffle House he robbed in 2002.

Statewide, only one of the top 12 most-expensive cases on the JAC-funded list resulted in a death sentence – and that defendant turned out to be absolutely innocent.

Clemente Javier Aguire was convicted and sentenced to death in Seminole County for the June 2004 stabbing deaths of two women who lived a few doors away from him.

For 10 years he sat on Florida’s Death Row awaiting execution.

Then DNA evidence, reported confessions by a relative of the victims and other evidentiary problems led the state to drop charges after the Florida Supreme Court had ordered a new trial.

Prosecutions are expensive and rarely successful in the most complex cases, but proponents and survivors say some cases cry out for the death penalty anyway. NBC 6's Tony Pipitone reports

His opposition to the death penalty is as personal as it gets.

"The judge said, 'We the people of the state of Florida hereby sentence you to die by lethal injection,'" he recalled recently. “I was numb. I couldn’t say anything. I was numb.”

On the long van ride to Florida State Prison in 2007, he said, “I definitely felt like I was going to end up like a lot of people on death row — with a long, lengthy appeal and then being executed.”

But he was never executed for the 1994 murder of a Broward pawnshop employee because the Florida Supreme Court unanimously ruled in 2009 he never should have been convicted in the first place.

“I was still trying to discern how did this happen to me?" he said of his time in custody. "I’m fixing to die for something I didn’t do.”

Now 48 and married, Lindsey is an activist against the death penalty, trained as a mitigation specialist with the help of Gorman’s project at FIU Law and hoping to save others from a fate he barely escaped.

But the former Broward prosecutor, Rossman, is skeptical of a centuries-old legal maxim from Lord Blackstone that says: it is better that 10 guilty persons escape than that one innocent suffer.

Gorman said she is sure, whether the number is 10, or 100, if the alternative is the execution of an innocent person. “We can’t afford,” she said, “to have a system that continues to treat people the way they are.”

“Well, he was innocent until proven guilty. He was proven guilty, unanimously by a jury,” Rossman said, arguing the state Supreme Court was wrong.

Rossman, who was not a prosecutor on Lindsey's case, was reminded the court unanimously found the case was so weak and flimsy, it should have been thrown out by the trial judge at the end of the state’s case.

“Yes, it’s what they’re saying, which gives no respect also to an esteemed trial judge, the judge who tries the case and is hearing everything and says, ‘No, this does pass the test,’” he replied.

“Wow, I mean this is … ” she said, pausing to carefully choose her words.
“Humans are humans,” she continued. “We don’t like to be wrong and it’s hard for us to admit mistakes, but the best of us do and there’s integrity in that.”

And Florida does make mistakes, as Aguire and Lindsey can attest.

It’s why, when asked, “Do you think the death penalty is appropriate in any circumstance?” Lindsey replies emphatically, “No. No.”

Not even he said for the most horrendous of killers, such as the Parkland shooter who a Broward jury will soon be judging in a sentencing phase like no other.

“I sympathize to all the family, but to that I would just say, the family don't understand," he said. "That’s not going to bring them closure, to see that young man executed.”

Perhaps not closure, but all the Parkland families we’ve spoken to say it would bring them justice — at whatever cost — and some peace in knowing the man who took so much from them is no longer alive.

They’ve lost something that no one can measure in dollars.

Editor’s Note: A previous version of this story misstated the scope of the cases included in the funding total. As was noted elsewhere in the report, prosecutors ultimately waived the death penalty in some cases where death was originally sought.