A dispute between two groups in the parking lot of a McDonald's in Pinecrest ended in a shooting and a crash that left one man hospitalized Monday night, police said.

The incident happened outside the fast food restaurant in the 12600 block of South Dixie Highway.

Pinecrest Police officials said two McDonald's employees went out to meet three other people when they got into a fight.

Shots rang out, and one group got into a vehicle and sped away, police said. The driver of that vehicle, who got shot, lost control and slammed into a light post, knocking it down, officials said. 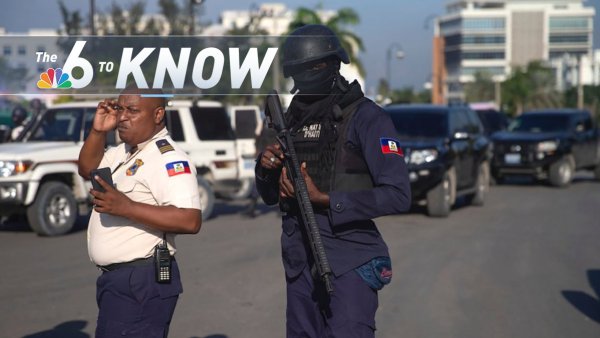 Two other people in that vehicle escaped but were later apprehended by police. The man who was shot was taken to Jackson South for his injuries.

Four people, including the two employees, were being questioned by police. It's unclear what caused the dispute.

“We responded and ascertained that there had been an altercation and that several rounds had been fired. Right now we’re still trying to piece things together to find out what happened," Pinecrest Police Deputy Chief Derrick Bowman said.