The latest news on the 2020 presidential election
Pete Buttigieg

Buttigieg will be tested Saturday in Nevada, with a diverse blend of Latinos and African Americans, and in South Carolina, where two-thirds of the primary electorate could be black voters

So far, Pete Buttigieg has made it look easy.

The once little-known former mayor of a midsize Midwestern city vaulted over a former vice president and several U.S. senators in the Iowa caucuses and New Hampshire presidential primary. The 38-year-old's fresh face, intellect and turn-the-page message won votes across many demographic groups in the kickoff states.

Now the promise of his candidacy is colliding with the reality of the central question about his viability: Can he win among minority voters who form the critical foundation of the party’s base?

That will be tested Saturday in Nevada, with a diverse blend of Latinos and African Americans, but especially in South Carolina, where two-thirds of the primary electorate could be black voters, the base of the Democratic Party that Buttigieg has struggled to attract.

Buttigieg's strategy is to earn a fresh look from black and brown voters by flashing his support in the first two contests, drawing on the validation of minority leaders who have endorsed him and leveraging the personal networks of his supporters.

With the South Carolina primary rapidly approaching Feb. 29, he faces a steep climb.

"I've not seen any real support coming from black local officials. Pete has to make the case himself," said state Sen. Gerald Malloy, a longtime supporter of former Vice President Joe Biden's who has not endorsed a 2020 candidate. "He's obviously a tireless warrior and making the calls. The question is: Will people answer?"

The former South Bend, Indiana, mayor, who has registered negligible support among black voters nationally, has been to South Carolina 10 times and has been airing ads on black radio stations in South Carolina since last fall, as well as ads in black newspapers.

He has been airing TV ads in the state since December, and this month began a spot reflecting his call for parting with the politics of the past. 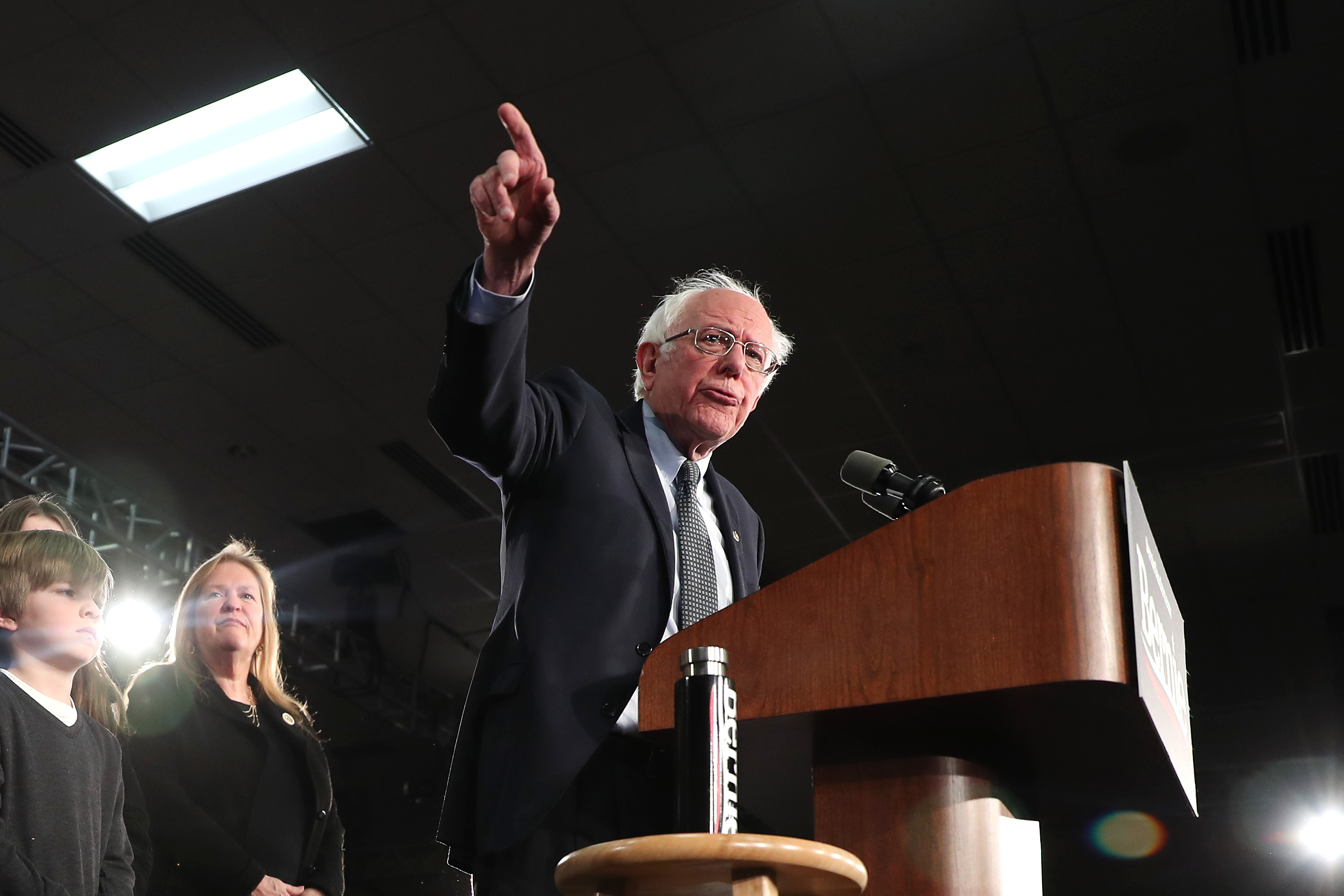 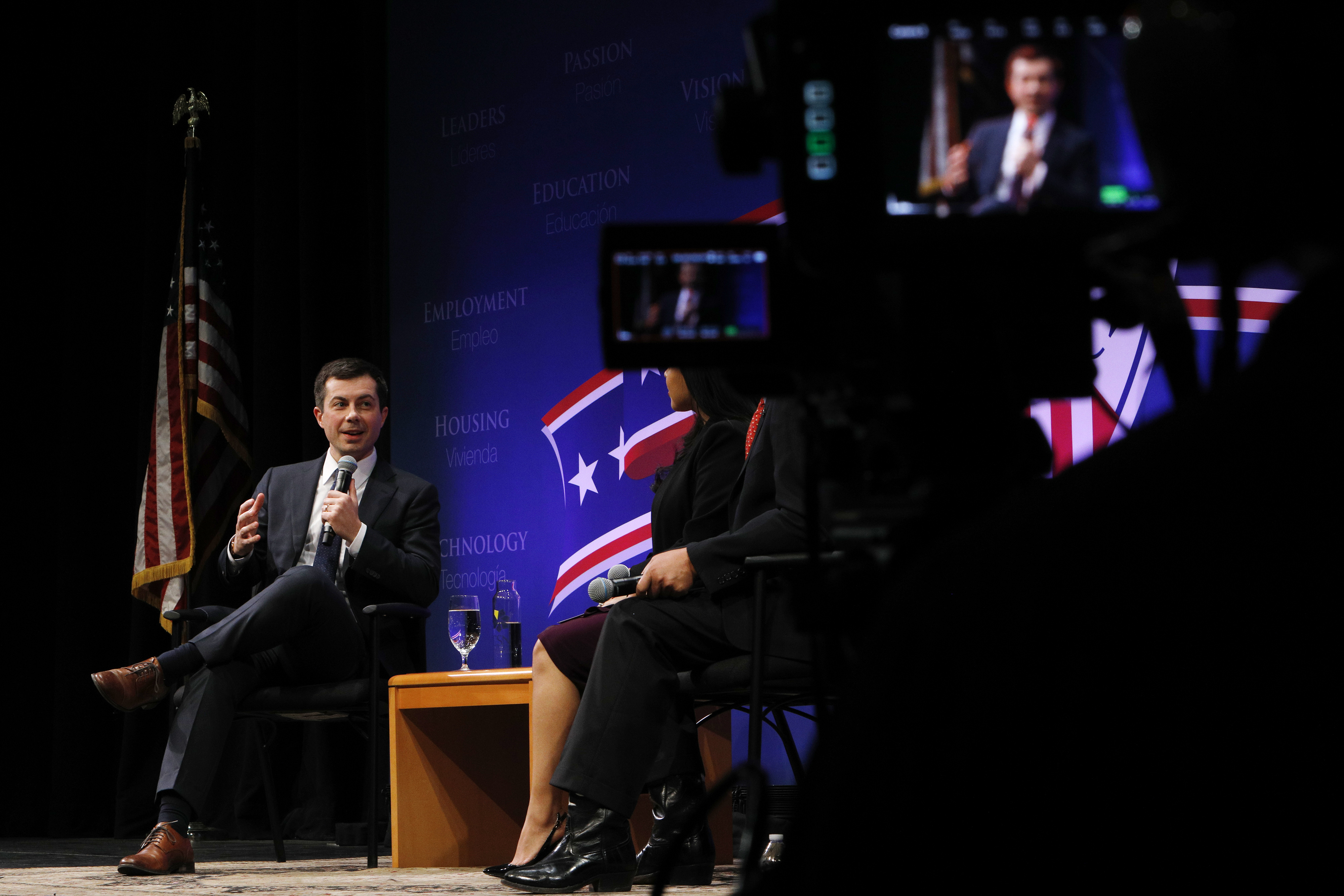 In it, Walter A. Clyburn Reed, the grandson of Rep. James Clyburn of South Carolina, the highest-ranking African American in the House, and Abe Jenkins, grandson of civil rights activist Esau Jenkins, pay tribute to their forebears but call Buttigieg "a fresh start."

It and other ads blanketing YouTube and Facebook reinforce Buttigieg's heavy outreach to younger black voters, especially on college campuses, such as the historically black institutions South Carolina State University and Claflin University in Orangeburg.

Reed said college students are intrigued by Buttigieg's Douglass Plan, aimed at ending systemic racism, but especially are drawn to his call for a culture of belonging.

"That’s something that they haven’t heard from a candidate," Reed said. "So, really, when he started to hone in on that message, college voters were very attracted to it."

But for older black voters, both in South Carolina and Nevada, Buttigieg faces another kind of test: whether they will vote for a gay candidate.

Joan Houston, a 63-year-old African American minister and social worker in Las Vegas, said she can’t support Buttigieg because of his sexual orientation.

Mayor Pete Buttigieg explains the lack of diversity in South Bend, Indiana’s police force and outlines his vision for reform after a black man was fatally shot by a white police officer.

"I’m against homosexuality. I love everybody, but I'm against that lifestyle," Houston said as she waited to cast her vote for Biden at an early caucus site.

As part of his effort to persuade voters like Houston, Buttigieg has turned from larger-turnout events to more intimate listening sessions that give the candidate a better sense of South Carolina black voters and them a better sense of him, aides said.

Buttigieg faced criticism last month for hesitating before committing to attend a Martin Luther King Jr. celebration in Columbia, South Carolina, with other 2020 candidates. He continues to face questions about the departure of South Bend's first black police chief shortly after Buttigieg took office and about his department's handling of the deadly shooting of an armed black man by a white officer in June.

And he recently struggled when pressed during the ABC debate in New Hampshire about the disproportionate arrests of black people for marijuana possession.

Listen to everything Pete Buttigieg said during the second night of the Democratic presidential debates in Miami, FL.

There are at least modest signs of progress, including in California, one of 14 states in the March 3 Super Tuesday primaries. Nina Smallwood, who attended a Buttigieg event in Sacramento, California, on Friday, said she thought he could win over voters of color.

"In this next debate, he’s going to have to really make a plea," the 41-year-old Smallwood said. "Black people want to feel like our voices are heard, as well as everybody’s. I definitely think he has an opportunity."

In Iowa and New Hampshire, Buttigieg's coalition looked more like the electorate overall by age and education than the other top candidates', though voters in those states reflected little racial diversity, according to AP VoteCast, a survey of the electorate.

In New Hampshire, about 1 in 10 voters were nonwhite. Buttigieg earned support from 14% of such voters, roughly comparable to support for other top contenders, except Vermont Sen. Bernie Sanders, backed by roughly 4 in 10 nonwhite voters.

Buttigieg is also targeting pockets of black voters scattered widely across South Carolina, in part by tapping his campaign organizers' personal networks of churches and pastors.

Malloy, though uncommitted, is a pastor in Hicksville, in rural central South Carolina, and welcomed Buttigieg to his church in August. In December, Buttigieg visited tiny Allendale, in southwest South Carolina, which had been visited by one other Democratic presidential candidate — former Sen. John Edwards in 2008 — in the past 50 years.

Although Biden is the favorite in South Carolina, Buttigieg could claim success by chinning himself into double-digit support among black voters, aides say.

He has the opportunity to improve his standing with a respectable showing in Nevada, where he also is touting the validation of supporters, such as fellow millennial Nevada state Rep. Sandra Jauregui, who is Latina.

Buttigieg was the first candidate to begin airing Spanish language ads in New Hampshire and began airing a new one last week in which the candidate, fluent in seven languages, speaks Spanish throughout.

His team conducts caucus training in Spanish, as 40% of his organizing staff speaks Spanish.

South Bend, Indiana, Mayor Pete Buttigieg explains how he tracked down Jerry Seinfeld to make him accept a key to the city, reacts to Trump's nickname for him, breaks down his 2020 campaign platform and shares his analysis about who will claim the Iron Throne in "Game of Thrones."

While Nevada could provide some energy to the campaign, South Carolina will go a long way to answering whether Buttigieg can survive as a candidate, said Malloy.

"He’s very capable, and he has the money. But the network and the money without the people with him isn't good enough," Malloy said. "There's time, but I'm not sure how much."