The conservatorship was established in 2008 and mostly controlled by Britney Spears' father in the 13 years since.

A judge in Los Angeles Wednesday suspended Britney Spears' father as conservator and appointed a temporary conservator over the pop star.

The conservatorship has controlled Britney Spears’ life and money for more than a decade.

A group of Britney Spears supporters gathers near the courthouse where her conservatorship hearing is scheduled. Patrick Healy reports for the NBC4 News at 11 a.m. on Wednesday Sept. 29, 2021.

Britney Spears’ lawyer said during his arguments that he believes Jamie Spears wants the conservatorship ended so he does not have to be deposed or answer for corruption.

“I believe suspension is in the best interest of the conservator," the judge said.

Another important piece of the ruling is that Jamie Spears will hand over all records to Zabel as the newly instated temporary conservator.

Following the ruling, Britney Spears posted to Instagram a video of her riding in a prop plane, writing she was "On cloud 9."

Her fiance, Sam Asghari, posted a picture of a lioness on his account with the popular hashtag "#FreeBritney." He also posted to his Instagram story that her fanbase can do anything.

Jodi Montgomery will continue serving as temporary conservator of Spears' person. The judge extended both temporary appointments through Dec. 3.

Britney Spears did not appear in the Los Angeles court.

“She doesn’t want mediation or settlement. She wants him out. Today," Britney's lawyer Matthew Rosengart said. “She deserves to wake up tomorrow without her father as conservator."

Next up is a Nov. 12 hearing, where attorneys will discuss a permanent end to the conservatorship, which would end both Montgomery's and Zabel's involvement.

The hearing was a turning point in the case and follows a rush of major court filings stemming from a June courtroom hearing that included stunning testimony from the 39-year-old pop star.

The court hearing took place early Wednesday afternoon in Los Angeles. A crowd of Britney Spears supporters gathered about a block from the courthouse. They made signs, including one that asked, "Where's Britney's money?" They broke into chants of "Britney's body, Britney's choice" and "Free Britney."

The high-stakes hearing followed a Sept. 7 petition filed by her father in a request to end the conservatorship. The complicated legal agreement was established in 2008 and controlled by Jamie Spears for most of the 13 years since.

In a Sept. 22 filing, Britney Spears' attorney said she agrees, marking the first time she has called for an end to the arrangement in court documents after requesting its termination in previous court hearings. 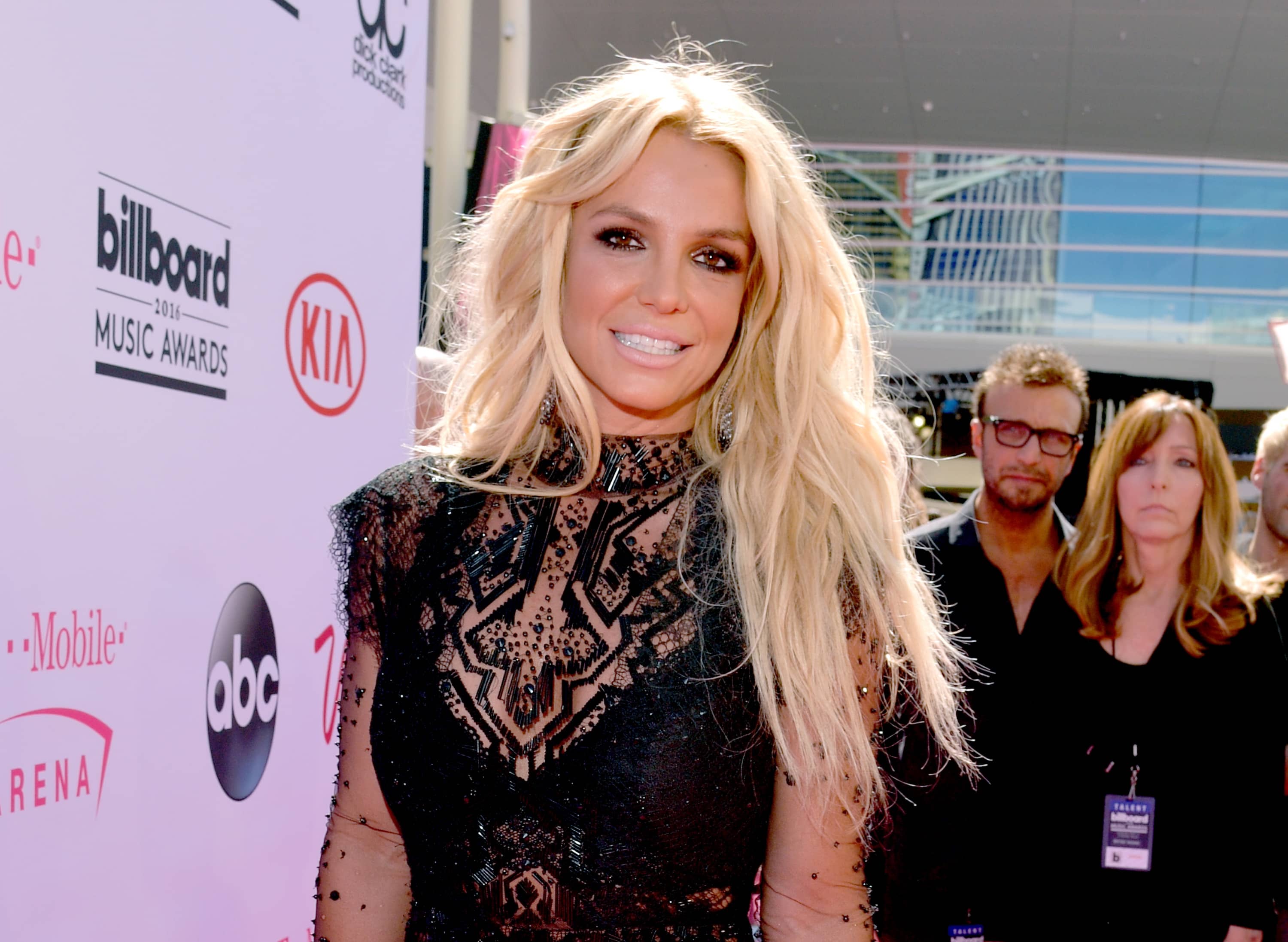 Britney Spears Conservatorship: Ex-Prosecutor Predicts Timeline for When Jamie Spears May Be Removed 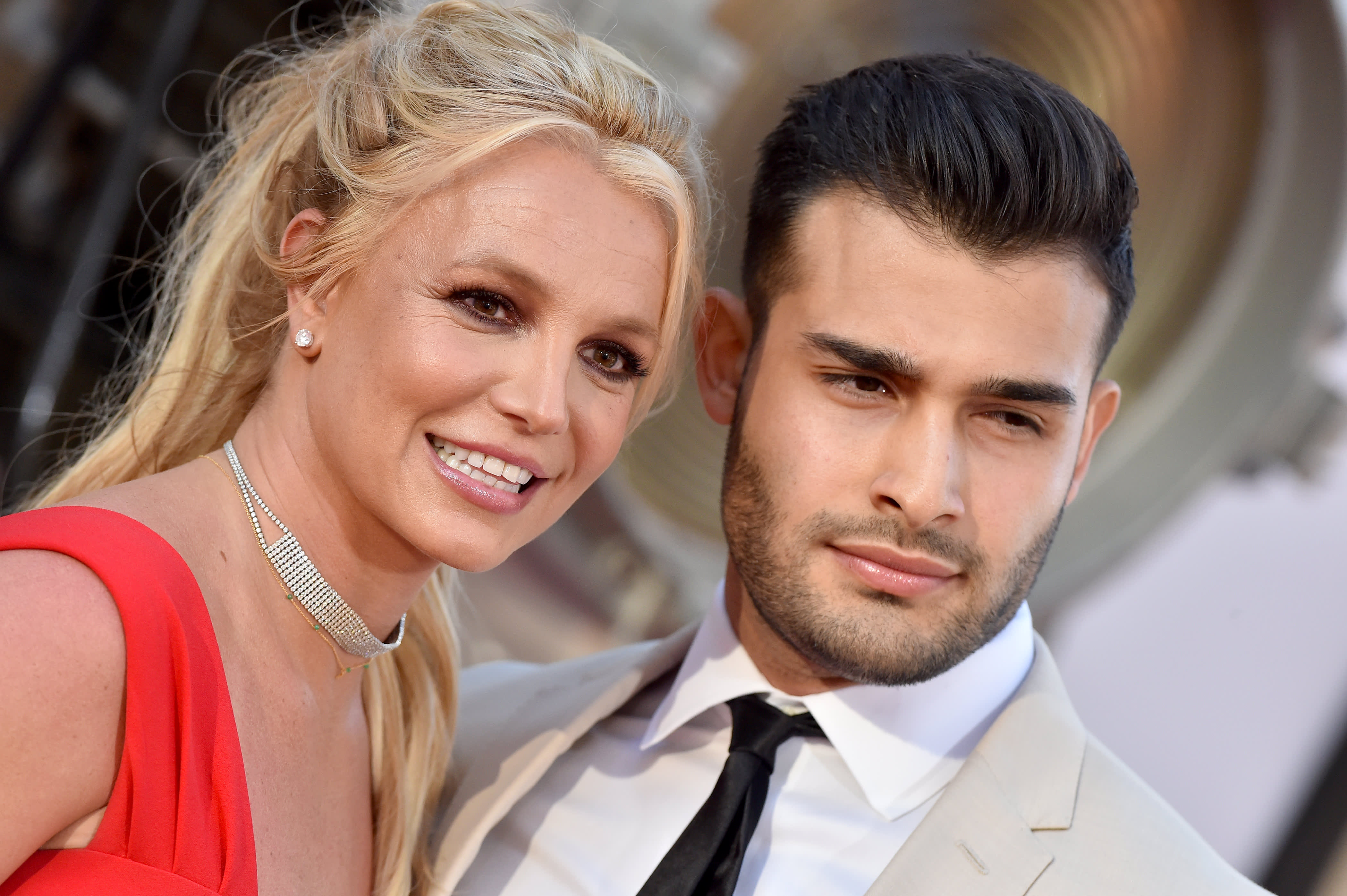 On Wednesday, Judge Penny, who has remained largely neutral in her oversight of the case, heard from all sides and decided to suspend Jamie Spears.

“Mr. Spears cannot be permitted to hold a position of control over his daughter for another day," a court document states, referring to his removal as “a necessary first — and substantial — step towards Ms. Spears’ freedom and ending the Kafkaesque nightmare imposed upon her by her father, so that her dignity and basic liberties can be restored.”

In another filing Monday, Britney Spears' father said he opposes his temporary replacement as conservator. Jamie Spears repeated his support for termination of the conservatorship, but said Zabel “does not appear to have the background and experience” necessary to take over the estimated $60 million estate.

James “Jamie” Spears filed a petition Tuesday stating that his daughter is “entitled to have this Court now seriously consider whether this conservatorship is no longer required.”

The late filing adds another issue for the judge to consider in a case fraught with legal maneuvering.

The conservatorship battle included dramatic June 23 courtroom testimony from Britney Spears, who said she was being compelled under the conservatorship to take medications and to use an intrauterine device for birth control against her will.

Britney Spears spoke about her conservatorship in court for the first time on Wednesday. Here is a look at some of her remarks during the 20-minute speech.

Jamie Spears has denied acting in anything but his daughter's best interest, and has declined demands that he resign immediately. He has said in court documents that he does have a plan to eventually step down.

The conservatorship was established in 2008 when Britney Spears began to have very public mental struggles as media outlets obsessed over each moment, hordes of paparazzi aggressively followed her everywhere and she lost custody of her children.