WASHINGTON — $290 million every day for 7,300 days. That's how much money America spent on 20 years of war and nation-building in Afghanistan, according to Brown University's Costs of War project.

Yet it took just nine days for the Taliban to seize every provincial capital, dissolve the army and overthrow the U.S.-backed government in August.

"Afghanistan's political leaders gave up and fled the country," he said on Aug.16. "The Afghan military gave up, sometimes without trying to fight." 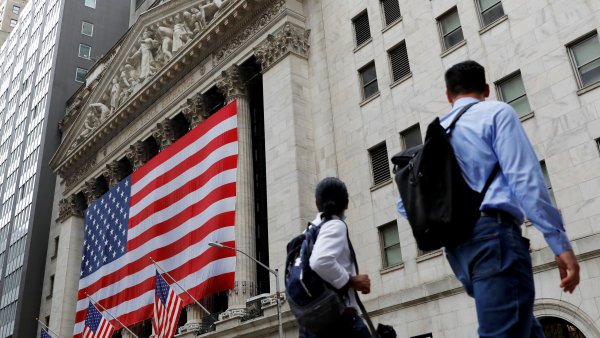 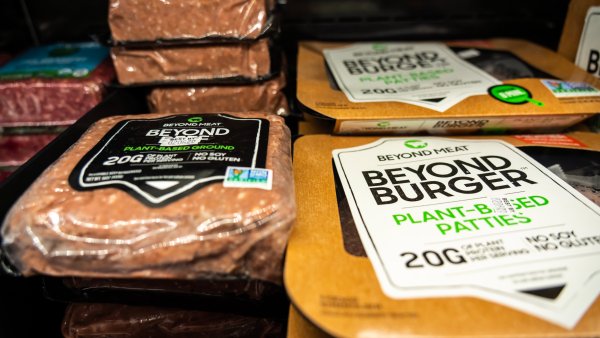 Absent from Biden's rhetoric was any mention of America's culpability in a war that began when U.S. soldiers invaded Afghanistan seeking revenge against al-Qaeda for the terrorist attacks that killed 2,977 people on Sept. 11, 2001.

Today, the U.S. Embassy in Kabul is closed and the American soldiers are gone.

But the hundreds of billions of dollars that the United States spent waging its war on Afghan soil can still be seen across Afghanistan, for better and worse.

U.S. dollars also created the "9/11 millionaires," a tiny class of young, ultra-wealthy Afghans who made their fortunes working as contractors for the foreign armies.

A few of these millionaires became role models for a new generation of Afghan entrepreneurs and philanthropists.

But many more exploited their family ties to government officials or provincial warlords in order to secure lucrative contracts.

Over time, U.S. government contracts became the fuel for a system of mass corruption that engulfed the country and, eventually, doomed its fragile democracy.

"The ultimate point of failure for our efforts, you know, wasn't an insurgency," said Ryan Crocker, a two-time U.S. ambassador to Afghanistan in 2016. "It was the weight of endemic corruption."

The United States, in Crocker's view, bears responsibility for much of the corruption in Afghanistan because it flooded the country with billions of dollars more than its economy could absorb.

"You just cannot put those amounts of money into a very fragile state and society, and not have it fuel corruption," said Crocker. "You just can't."

Crocker was one of the more than 500 officials interviewed by the Special Inspector General for Afghanistan Reconstruction for an internal project called "Lessons Learned."

SIGAR never meant for the public to read the full, candid interviews. But in 2019, a judge ordered their release, and they were compiled and published by The Washington Post.

But it was not always the prevailing view.

In the early years of the war in Afghanistan, when American soldiers were still hunting al-Qaeda terrorists and battling Taliban fighters, the idea of using local Afghan contractors to supply U.S. military bases seemed like a good one.

By contrast, in Iraq most of the supply and logistics work for U.S. troops was performed by non-Iraqis, typically through contracts with huge multinational firms.

But in Afghanistan, awarding government contracts to Afghan nationals was seen as a key part of the overall U.S. counterinsurgency strategy.

It was even codified into an official Pentagon procurement policy known as "Afghan First," which was approved by Congress in 2008.

"Employing local nationals injects money into the local economy, provides job training, builds support among local nationals, and can give the U.S. a more sophisticated understanding of the local landscape," wrote the authors of a 2011 congressional report on military contracting.

Several of the Afghans who became millionaires working as U.S. contractors started out as interpreters for American soldiers, accompanying service members on dangerous missions during some of the deadliest years of the war.

The loyalty they earned as interpreters would later serve them well in the rough-and-tumble business of defense contracting.

One of them was Fahim Hashimy, who was working as an English teacher in Kabul on Sept. 11, 2001. When American troops arrived in the country, Hashimy was hired as an interpreter. He later started a small company supplying military bases with goods and fuel.

Today, that company, the Hashimy Group, is a large conglomerate with a TV station, manufacturing facilities, real estate investments, trucking and a fledgling airline, all based in Afghanistan.

Hashimy is a multimillionaire, and he has been one of the few wealthy Afghans willing to speak publicly about the corruption that pervades his country.

"The bottom line is corruption is the biggest problem we have," Hashimy told National Public Radio in 2013. "I think the corruption's not only causing negative impacts on the businesses, but it also has a direct link with the insecurity," he said.

Part of the reason he likes owning a TV station, Hashimy said, is because it allowed him the freedom to call out corruption where he saw it.

But under Taliban rule, networks like Hashimy's 1TV face an uncertain future. In July, Hashimy told The Wall Street Journal he was looking for ways to broadcast from outside Afghanistan.

The most recent broadcast posted to 1TV's YouTube channel is dated Aug. 14, the day before the Taliban took the capital.

Hashimy's current whereabouts are unclear. CNBC reached out to his company and requested an interview, but no one replied.

Another 9/11 millionaire who has drawn attention outside of Afghanistan is Hikmatullah Shadman. Like Hashimy, Shadman was one of the first Afghan interpreters hired by American troops at the start of the war.

In 2007, after five years of interpreting for soldiers in and around Kandahar, Shadman rented a truck and began delivering fuel and supplies to the American base. He quickly built a network of truckers and subcontractors who were known for their reliability, according to a New Yorker profile of Shadman.

As troop levels increased, so did Shadman's revenue. In 2009, Shadman's company billed the Department of Defense for $45 million. All told, between 2007 and 2012, Shadman's trucking company collected $167 million from U.S. government contracts, according to bank statements.

But Shadman's success was tainted. In 2012, the Department of Justice accused Shadman of fraud.

The government alleged that he had paid kickbacks to U.S. soldiers and Afghan government officials in exchange for his contracts, and that he grossly inflated his costs and billed the Defense Department for work that was never done.

There were also allegations that he transferred funds to a known Taliban "money man."

Shadman denied all the allegations against him, and several of the U.S. soldiers who worked with Shadman in Kandahar publicly came to his defense.

A protracted legal battle ensued, and when the case was finally settled in 2019 the United States recovered $25 million in assets.

Attempts to locate Shadman were unsuccessful.

But it wasn't just Afghans who abused the American contracting juggernaut in Afghanistan.

One of the top suppliers of fresh food to U.S. forces in Afghanistan was Netherlands based Supreme Group BV, founded by American Stephen Orenstein. The company's revenue increased 50-fold in a decade, according to Bloomberg, which placed Orenstein on its Billionaire's Index in 2013.

In 2009, Supreme Group hired the outgoing director of the federal agency that awarded its contracts, the Defense Logistics Agency, to be the company's chief executive officer.

In 2014, Supreme Group pleaded guilty to fraud charges that included creating a fake subcontractor and billing the government for the subcontractor's fees. The company agreed to pay $389 million in fines and damages, one of the largest penalties ever imposed on a defense contractor at the time.

In the overall context of the U.S. war in Afghanistan, however, the federal cases brought against Orenstein and Shadman were the exception, not the rule.

The vast majority of the contracting fraud and corruption in Afghanistan went unreported and unpunished.

The real cost of corruption

According to a Pentagon analysis, 40% of the $108 billion that the Defense Department paid to contractors in Afghanistan between 2010 and 2012 ended up in the hands of either the Taliban, the violent Islamist Haqqani terror network, organized crime rings, transnational drug traffickers or corrupt Afghan officials.

But veterans of the conflict say statistics like these can obscure what was in reality a more complicated and ethically murky situation.

In a country where roads are often controlled by tribal warlords, transporting necessary and lifesaving supplies overland to American soldiers often requires paying fees for safe passage to whichever group controls the roads. In areas of the country controlled by the Taliban, this means paying the Taliban.

Refusing to pay the warlords who controlled the roads would have almost certainly meant grave harm for soldiers and contractors.

"You could be hardcore about stuff and say, 'We're not going to pay nobody,' but, I'm telling you, you were going to get hit on the road," Rodney Castleman, an American employee of an Afghan trucking company, told The New Yorker.

Security trumped everything else, and the contractors who delivered goods intact and on time could charge the government whatever they wanted.

To some American officials, paying off a local strongman to guarantee safe passage seemed more reasonable than paying an American defense contractor to bomb their way across the country.

Richard Boucher, who served as assistant secretary of state for South and Central Asia during President George W. Bush's administration, which launched the war in October 2001, described two different levels of corruption.

"There is corruption that spreads the wealth and takes care of everybody, that gets to the widows and orphans," Boucher said in a 2015 interview with SIGAR. "And there is the corruption that goes to my house in the Riviera."

Afghanistan, he said, had a lot more of the former than the latter. Spending American money on Afghan contractors ensured that those dollars would "disappear in Afghanistan, rather than in the Beltway."

But what Boucher failed to factor in was the long-term toll that decades of official corruption, fueled by all the American money, would take on ordinary Afghans' already shaky faith in democratic government.

By 2006, just five years into the U.S. war, the elected government in Kabul had "self-organized into a kleptocracy," said retired Army Col. Chris Kolenda in a 2016 SIGAR interview.

"The kleptocracy got stronger over time, to the point that the priority of the Afghan government became not good governance but sustaining this kleptocracy," Kolenda said.

It wasn't just Americans who saw this happening. High-ranking Afghan government officials did, too.

Years later, a resurgent Taliban would capitalize on this erosion of public trust by offering Afghans what looked to many like a better alternative to the kleptocracy.

Despite all the pathways along which American money traveled through Afghanistan, there was one place it never reached: the pockets of the country's poorest citizens.

After two decades of nation-building and $2.1 trillion, the economic status of ordinary Afghans has barely changed at all. According to the World Bank, Afghanistan was the sixth-poorest nation on Earth in 2020 — a ranking essentially unchanged since 2002. Income per capita was just $500.

For Crocker, the ugly truth behind America's grand reconstruction project in Afghanistan has long been evident.

"Our biggest single project, sadly and inadvertently of course, may have been the development of mass corruption," he told SIGAR in 2016.