As global leaders expressed outrage at Belarus' "hijacking" of a Ryanair plane and the detention of an opposition activist, Russia was notable for its vociferous defense of the country. Now, analysts are saying Moscow stands to benefit from Belarus' further estrangement from the West.

Belarus on Sunday ordered a Ryanair flight carrying prominent Belarusian opposition activist Roman Protasevich to divert to its capital Minsk, whereupon the activist was detained. Russia described the uproar in the U.S. and Europe as "shocking" and accused the West of having double standards. 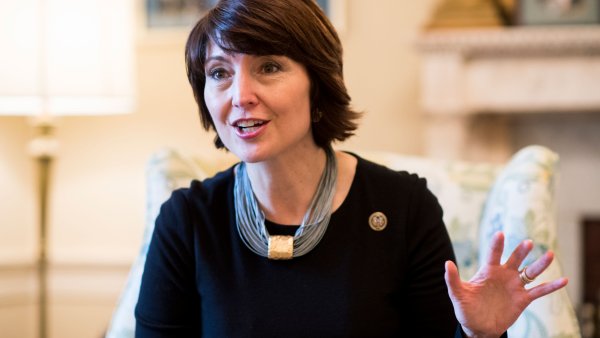 House Republicans Zero in on Big Tech's Relationships With China

Russia has been steadily increasing its power and influence over its neighbor Belarus, but the countries' leaders President Vladimir Putin and President Alexander Lukashenko are somewhat uncomfortable allies — it's arguable that any allegiance is fragile at best, and borne out of necessity.

For Belarus, Russia is a powerful economic and political partner and a source of support, having backed Lukashenko's leadership which is now in its 27th year.

For Russia, Belarus offers an opportunity to exert economic and political influence in the region, and is a convenient bulwark against what it sees as the European encroachment upon its former territories, such as Ukraine. Putin is known to favor stability and predictability and, as such, a longstanding leader like Lukashenko in power — who can potentially be more easily influenced — is favored over regime change.

Experts who follow Russia closely say Putin would have known, if not authorized, the "hijacking" incident. Timothy Ash, senior emerging markets strategist at Bluebay Asset Management, noted on Monday that ""Lukashenko is now totally dependent on Putin for his survival in office and would not have risked his relationship with the Kremlin by undertaking such a cavalier move unless he had been first given the green light by Putin."

"I think if anyone doubted whether Lukashenko was 'all in' with Putin, in his power vertical/sovereign democratic model, and indeed of Belarus's deeper integration into Russia, then I think this sends a resounding answer ... there are no bridges left standing back to the West, and he is willing to surrender Belarus' sovereignty to save his own skin."

Putin's leverage over Lukashenko strengthened recently when, last September, Putin gave Belarus a $1.5 billion loan and agreed to boost trade. The move was widely seen as a gesture of support for Lukashenko following weeks of mass protests demanding his resignation after he won an election which the opposition said was rigged. Lukashenko denied this allegation.

On Tuesday, the Kremlin dismissed any suggestion that Russia was involved in the forced landing of the Ryanair plane, saying such a notion was the result of anti-Russian sentiment.

Speaking to reporters on a conference call, Kremlin spokesman Dmitry Peskov said Moscow was unduly accused of everything these days, Reuters reported, and that critics had let their hatred of Russia affect their judgement.

Like Russia, Belarus is also subject to international sanctions, namely for its intimidation and repression of protesters, opposition members and journalists.

On Monday, EU leaders agreed to impose more sanctions on Belarus but analysts believe any new restrictions on Lukashenko, or other individuals or entities involved in the incident, are likely to be ineffective.

In fact, Emre Peker, director of Europe at political risk consultancy Eurasia Group, noted Monday that the Ryanair plane "hijacking" incident was likely to benefit Russia by pushing Belarus closer to it — sentiment that was echoed elsewhere.

"President Vladimir Putin is likely to welcome the incident as a further issue driving a wedge between Belarus and the West," Peker said in a note.

"Allegations of Russian involvement, meanwhile, will further complicate the EU's ability to effectively respond to Belarus. Moscow accused the EU and its members of double standards, and will defend Minsk's handling of the incident. Similarly, any new EU sanctions will draw Russian condemnation as Western interference ... While Berlin will push for a strong EU reaction if Protasevich is not released, Germany is unlikely to target Nord Stream 2 in connection with the Ryanair incident."

Matthew Sherwood, senior Europe analyst at The Economist Intelligence Unit, said Monday that the whole episode shines a light "on how little sanctions are affecting domestic politics in Belarus."

"The most recent set of sanctions were imposed after the disputed presidential election in August 2020, which led to protests that lasted for several months. However, with continued Russian political and economic support, Mr Lukashenka and his allies have been able to crack down on the opposition movement domestically, and the protests have largely fizzled out," he said.

"We do not expect a new wave of Western sanctions to have any further real impact on the domestic situation, and they are likely to drive Belarus even closer to Russia."

Other analysts note that the Lukashenko regime is becoming increasingly unpredictable, perhaps emboldened by its relations with Russia.

Nigel Gould-Davies is former U.K. ambassador to Belarus and a senior fellow for Russia and Eurasia at the IISS. He told CNBC on Monday that the Ryanair incident showed that "Lukashenko is now an international threat, and not just a threat to his own people."

"Secondly, it shows how insecure he feels himself to be if he goes to such trouble to detain a single journalist and risk international outrage and condemnation in violating international rules in this most flagrant way," he added.

"It shows he really doesn't care about threatening the lives of European and American citizens just to get a single person who has been publiciz2ing the oppression of his own people."

Gould-Davies said that if it was true that Belarusian KGB officials were on board the flight — as Ryanair CEO Michael O'Leary said he believed to be the case — it showed that KGB officials were active abroad. It demonstrated the "international dimension of the threat that this regime presents to the countries around it," he added, noting that other countries, especially Russia, would be watching closely to see how the EU reacts.

"We have seen recent examples of the Russia and Belarusian security services cooperating with one another so we need to look at that angle too ... It's imperative that the EU, and I hope with American support too, will take a much stronger and more concerted stand now."

Bluebay's Ash agreed that the incident presented "a massive test for the EU and the West. Do they understand the threat now to Western liberal market democracy," he asked.

"This is not just a defensive action from Lukashenko but a full frontal attack on the EU - an EU plane, travelling between two EU capitals, forced out of the air by a autocratic regime. If the West lets Lukashenko get away with this, no Western airline is safe, flying across any autocratic run country. The skies and dissidents are not safe."