First Doses of Moderna's Coronavirus Vaccine Are Given in Mass.

Massachusetts is slated to receive 120,000 doses of the Moderna vaccine over the next few weeks

There were cheers at the East Boston Neighborhood Health Center when Dr. Jaime Gallegos became its first staffer to get the injection. He held a sign in his lap saying, "Take that, COVID!"

Gallegos called the vaccine's rollout a "great milestone," and added, "I feel really grateful, with the community."

A light at the end of a very dark tunnel – that’s what these first Moderna vaccines symbolized for the staff at the East Boston Neighborhood Health Center Monday.

Registered Nurse Karina Mendoza said, “It’s amazing, overwhelming, it’s been a long fight and now that we have the vaccine it’s just, it’s a great feeling.”

Chief Medical Officer Dr. Jackie Fantes says it’s a perfect fit for health centers because it can be stored at regular refrigeration temperatures, unlike the Pfizer vaccine.

Dr. Fantes said, “To think that coronavirus became one of our vocabulary words just a year ago and now we have a vaccine, this is nothing short of a miracle.”

The miracle continued at the VA Boston’s Community Living Center in Brockton Monday afternoon where both staff and veterans were given their first dose of the Moderna vaccine.

Vietnam Veteran Patricia Thomas says she was a little scared to get the shot but she’s glad she did.

Thomas said, “Get it, it’s best for your own health.”

Fellow veteran Guy Maroon was also vaccinated at the Brockton VA on Monday and he hopes it will encourage others to roll up their sleeves.

Maroon said, “I’m hoping that the few of us that are here can start that change and get things back on normal keel.”

Meanwhile, Boston Medical Center got its first 7,500 doses of the Moderna vaccine, adding to the 2,000 Pfizer vaccines the hospital got to begin vaccinating staff and patients last week.

BMC Chief Pharmacy Officer David Twitchell said, “This is a huge step forward, we’re just not quite there yet, I’m just very excited for this amount of vaccine to be in the door.”

Unlike the Pfizer vaccine which has a 21-day interval between shots, everyone vaccinated with the Moderna vaccine will need to wait 28 days for their second shot.

The first batch of the coronavirus vaccine from Cambridge-based Moderna began arriving in Massachusetts Monday to be distributed to hospitals across the state.

Moderna's vaccine, approved for emergency use on Friday, arrived in hospitals and clinics across the country Monday, joining Pfizer's in the nation's arsenal against the COVID-19 pandemic. Nearly six million doses are expected to go out to more than 3,000 locations around the U.S. this week.

Unlike Pfizer's, Moderna's vaccine doesn’t need to be stored in extremely cold temperatures. Both vaccines are close to 95% effective and require two doses over a period of several weeks.

The Moderna vaccine was packaged and shipped out from Mississippi and Kentucky Sunday for distribution, just two days after the federal government issued its emergency use authorization.

Massachusetts is slated to receive 120,000 doses of the Moderna vaccine over the next few weeks. But the state is getting 20% less of Pfizer's vaccine than anticipated, according to Gov. Charlie Baker, at around 145,000 doses.

The federal government apologized to several governors over the weekend for the miscommunication, claiming they overestimated how many doses would be available.

Meanwhile, Pfizer CEO Albert Bourla insisted via Twitter on Thursday that the company is “not having any production issues with our Covid-19 vaccine, and no shipments containing the vaccine are on hold or delayed.”

The second vaccine starts arriving in states as an average of more than 219,000 people per day test positive for COVID-19 in the U.S.

President-elect Joe Biden will receive his first dose of the coronavirus vaccine on live television Monday as part of a growing effort to convince the American public the inoculations are safe.

While healthcare workers and nursing home residents have been put at the front of the line for COVID-19 shots, a federal advisory panel recommended Sunday that people 75 and older and essential workers like firefighters, teachers and grocery store workers should be next. That recommendation awaits approval from the U.S. Centers for Disease Control and Prevention. 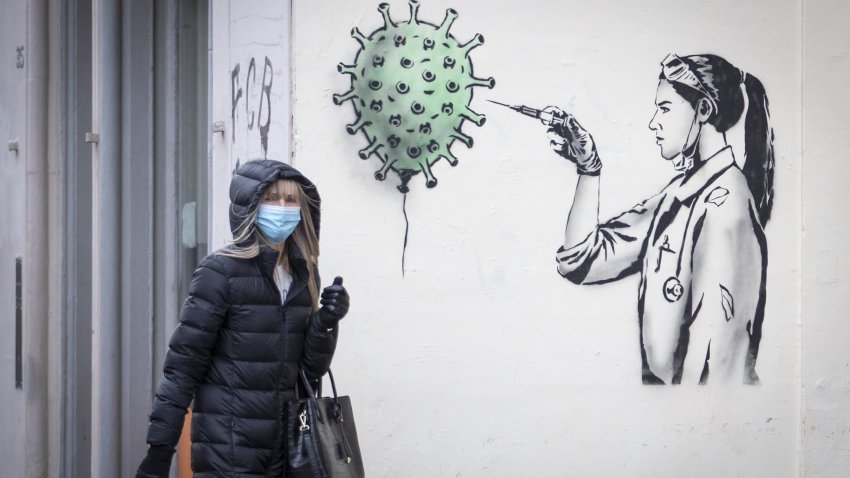 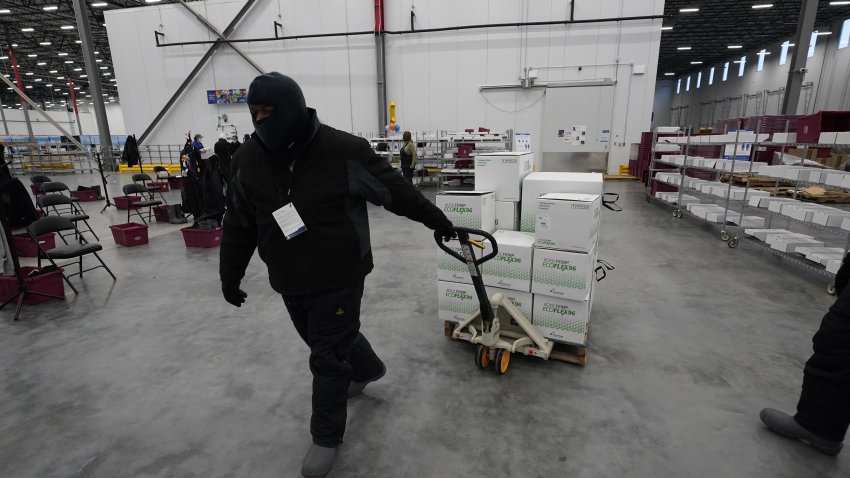