Some Doctors Moving Away From Ventilators for Virus Patients, Citing Death Rate

Generally speaking, 40% to 50% of patients with severe respiratory distress die while on ventilators, experts say

As health officials around the world push to get more ventilators to treat coronavirus patients, some doctors are moving away from using the breathing machines when they can.

The reason: Some hospitals have reported unusually high death rates for coronavirus patients on ventilators, and some doctors worry that the machines could be harming certain patients.

The evolving treatments highlight the fact that doctors are still learning the best way to manage a virus that emerged only months ago. They are relying on anecdotal, real-time data amid a crush of patients and shortages of basic supplies.

Mechanical ventilators push oxygen into patients whose lungs are failing. Using the machines involves sedating a patient and sticking a tube into the throat. Deaths in such sick patients are common, no matter the reason they need the breathing help.

Generally speaking, 40% to 50% of patients with severe respiratory distress die while on ventilators, experts say. But 80% or more of coronavirus patients placed on the machines in New York City have died, state and city officials say.

Similar reports have emerged from China and the United Kingdom. One U.K. report put the figure at 66%. A very small study in Wuhan, the Chinese city where the disease first emerged, said 86% died.

The reason is not clear. It may have to do with what kind of shape the patients were in before they were infected. Or it could be related to how sick they had become by the time they were put on the machines, some experts said.

But some health professionals have wondered whether ventilators might actually make matters worse in certain patients, perhaps by igniting or worsening a harmful immune system reaction.

UCLA Biodesign Fellow Glen Meyerowitz built the device in a few hours and is hoping it can serve as a proof-of-concept for a low-cost ventilator that could help hospitals with ventilator shortages amid the coronavirus pandemic.

That's speculation. But experts do say ventilators can be damaging to a patient over time, as high-pressure oxygen is forced into the tiny air sacs in a patient's lungs.

"We know that mechanical ventilation is not benign," said Dr. Eddy Fan, an expert on respiratory treatment at Toronto General Hospital. "One of the most important findings in the last few decades is that medical ventilation can worsen lung injury — so we have to be careful how we use it."

The dangers can be eased by limiting the amount of pressure and the size of breaths delivered by the machine, Fan said.

But some doctors say they're trying to keep patients off ventilators as long as possible, and turning to other techniques instead.

Only a few weeks ago in New York City, coronavirus patients who came in quite sick were routinely placed on ventilators to keep them breathing, said Dr. Joseph Habboushe, an emergency medicine doctor who works in Manhattan hospitals.

New York Governor Andrew Cuomo discusses the lack of ventilators for people affected by the coronavirus in his state.

But increasingly, physicians are trying other measures first. One is having patients lie in different positions — including on their stomachs — to allow different parts of the lung to aerate better. Another is giving patients more oxygen through nose tubes or other devices. Some doctors are experimenting with adding nitric oxide to the mix, to help improve blood flow and oxygen to the least damaged parts of the lungs.

"If we're able to make them better without intubating them, they are more likely to have a better outcome — we think," Habboushe said.

He said those decisions are separate from worries that there are not enough ventilators available. But that is a concern as well, Habboushe added.

There are widespread reports that coronavirus patients tend to be on ventilators much longer than other kinds of patients, said Dr. William Schaffner, an infectious diseases expert at Vanderbilt University.

Experts say that patients with bacterial pneumonia, for example, may be on a ventilator for no more than a day or two. But it’s been common for coronavirus patients to have been on a ventilator "seven days, 10 days, 15 days, and they’re passing away," said New York Gov. Andrew Cuomo, when asked about ventilator death rates during a news briefing on Wednesday.

That’s one reason for worries that ventilators could grow in short supply. Experts worry that as cases mount, doctors will be forced to make terrible decisions about who lives and who dies because they won’t have enough machines for every patient who needs one.

New York State Health Commissioner Dr. Howard Zucker said Wednesday that officials are looking into other possible therapies that can be given earlier, but added "that's all experimental."

The new virus is a member of the coronavirus family that can cause colds as well as more serious illnesses. Health officials say it spreads mainly from droplets when an infected person coughs or sneezes. There is no proven drug treatment or vaccine against it.

Experts think most people who are infected suffer nothing worse than unpleasant but mild illnesses that may include fever and coughing.

But roughly 20% — many of them older adults or people weakened by chronic conditions — can grow much sicker. They can have trouble breathing and suffer chest pain. Their lungs can become inflamed, causing a dangerous condition called acute respiratory distress syndrome. An estimated 3% to 4% may need ventilators. 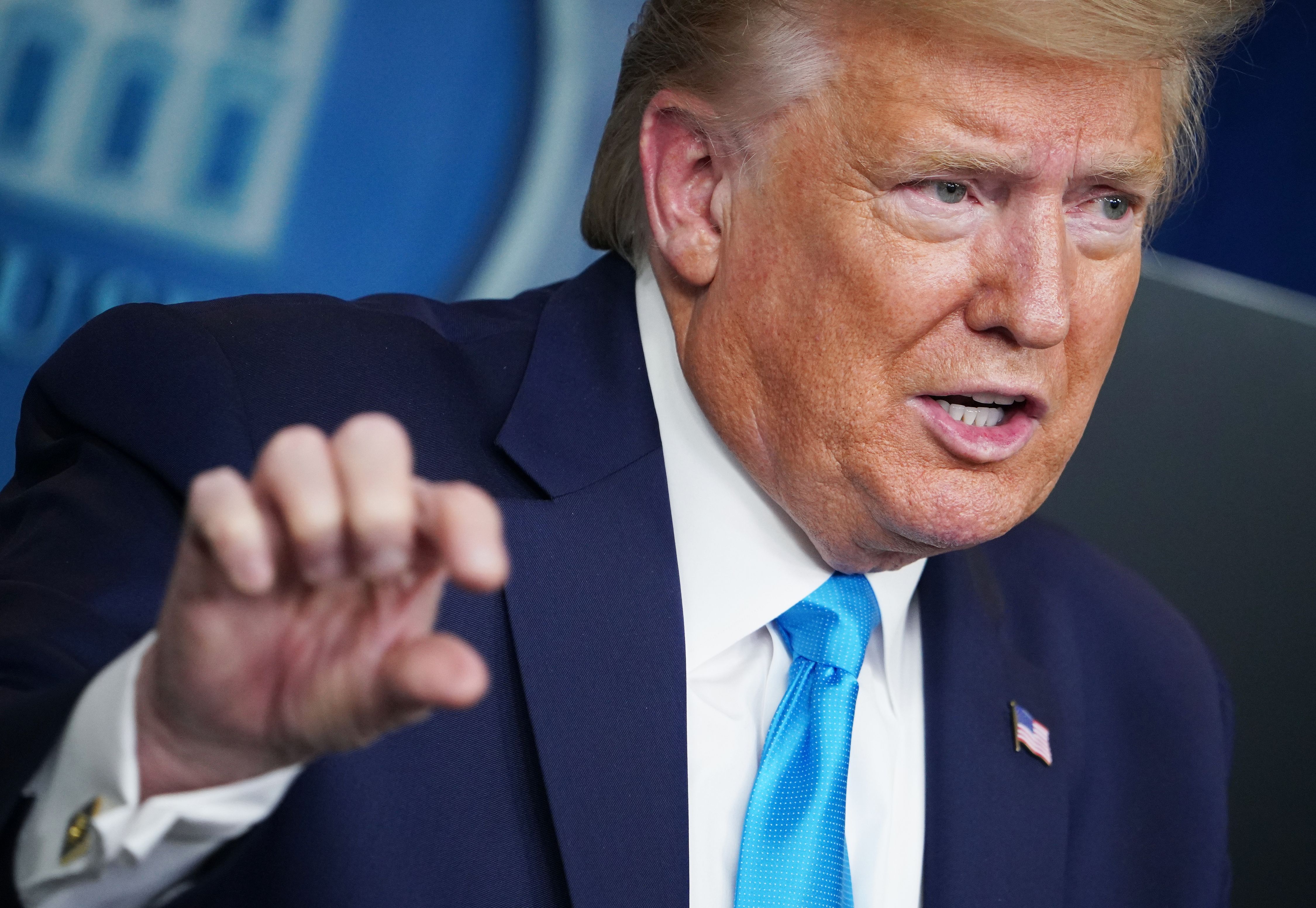 White House Working on Plan to Cut Aid to WHO 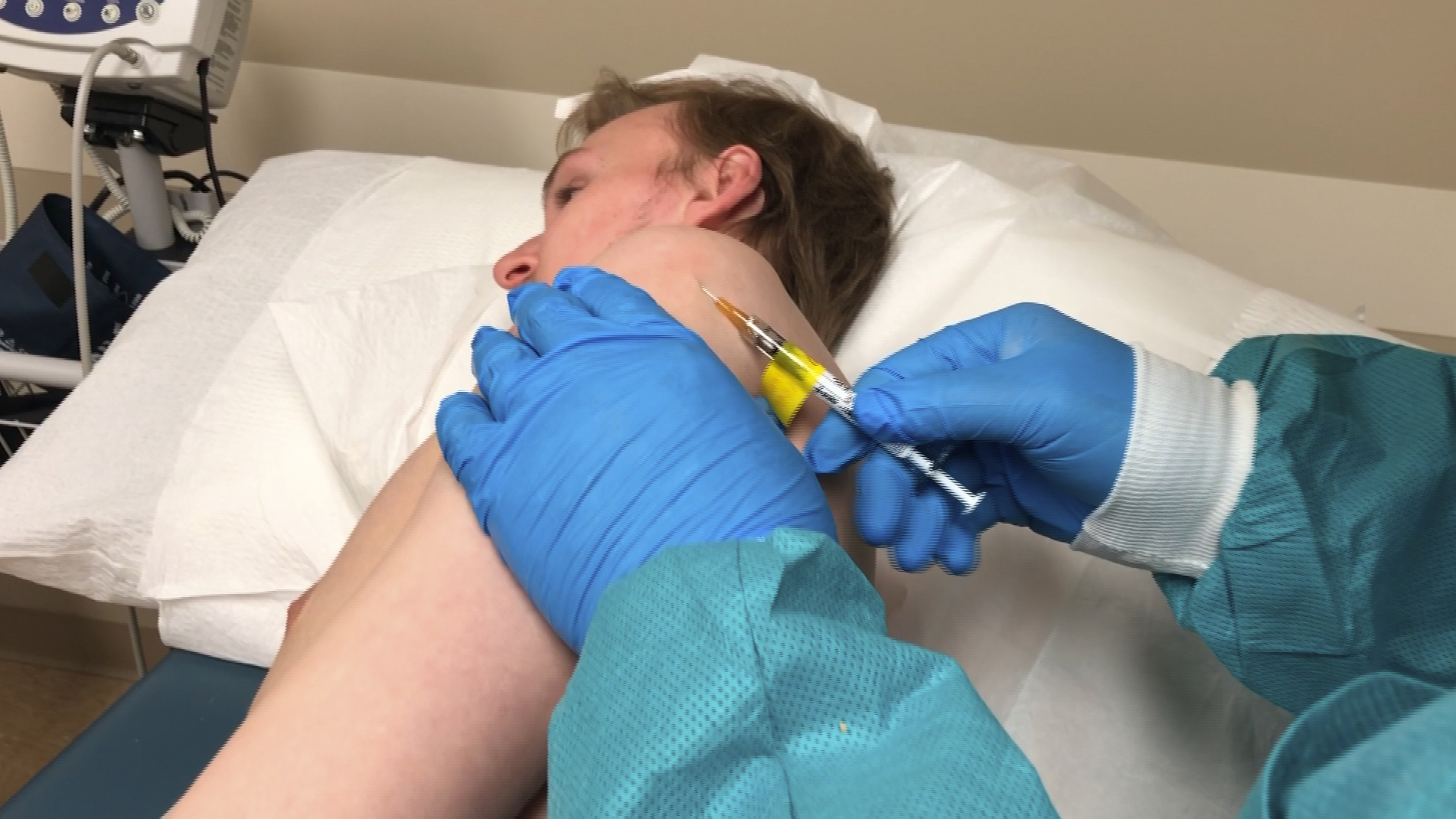 "The ventilator is not therapeutic. It’s a supportive measure while we wait for the patient’s body to recover," said Dr. Roger Alvarez, a lung specialist with the University of Miami Health System in Florida, who is a leader in the effort to use nitric oxide to keep patients off ventilators for as long as possible.

Zachary Shemtob said he was "absolutely terrified" when he was told his 44-year-old husband, David, needed to be put on a ventilator at NYU Langone last month after becoming infected with the virus.

"Needing to be ventilated might mean never getting off the ventilator," he said.

Shemtob said the hospital did not give any percentages on survival, but he got the impression it was essentially a coin flip. He looked up the rates only after his husband was breathing on his own six days later.

"A coin flip was generous it seems," he said.

But Shemtob noted cases vary. His husband is relatively young.

"David is living proof that they can really save lives, and how incredibly important they are," Shemtob said.