This is how first responders and dispatchers describe some 911 calls at the Atria Willow Wood senior center in Fort Lauderdale, where seven residents have died from COVID-19 complications.

NBC 6 Investigators obtained emergency calls from late February until April 5. They revealed the facility began getting usually one call a day for fevers, trouble breathing or respiratory infections.

On March 15, ambulances began showing up twice a day for COVID-19 like symptoms. The first death was reported at the facility two days later.

The records do not show if the people transported had a positive COVID-19 diagnosis. 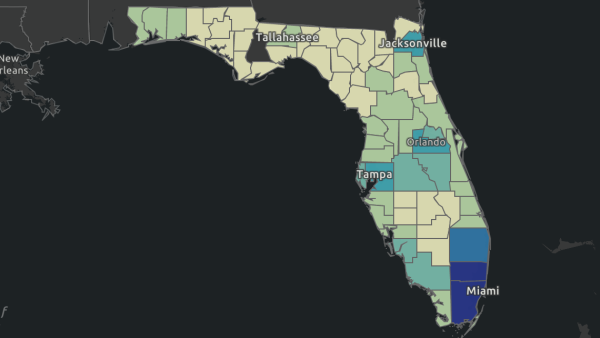 In a statement, Atria said it’s not unusual for residents to be transported to the hospital for treatment and/or observations that involve routine injuries, worsening of existing medical conditions or as a precautionary measure. The facility says it hired a private ambulatory service provider from March 26 to April 3, to “alleviate the strain on emergency response teams during this COVID-19 outbreak” and “ensure that our (their) residents had the level of assistance available should they need it.”

The calls, which were made by staff, residents or family members, show just how fast the virus can rip through elderly populations at long-term care facilities.

It’s the reason why Jeff Johnson, the state director for the AARP of Florida, wants to know more about which locations have the virus.

“They (long-term care facilities) want to do the right thing. At the same time, we know they’re not perfect. Certainly, in South Florida of all places, we know there are homes that in the past that have not necessarily followed the guidelines that have been given to them,” he said.

Johnson says the rehabilitation center at Hollywood Hills is still fresh in his mind, where 12 residents died without air conditioning after Hurricane Irma.

“I do believe that most homes will try and do the right thing. But I think for peace of mind we need something that’s official and transparent. We’ve not seen a compelling reason why the state couldn’t do it,” he said.

There are now 528 cases of COVID-19 in long-term care facilities in Florida.That’s a jump of more than one 100 from yesterday.

NBC 6 Investigators have repeatedly requested the names and addresses of these facilities from multiple state agencies but we have not received a response.

As of now, Florida Gov. Ron DeSantis has stood firm that providing county by county data is transparent enough.

Atria says it’s important to be “as transparent as possible” with residents, their families and staff about the steps that were taken to prepare for and respond to the virus.

The facility says it has since escalated its protocols and kept the community up to date by releasing statements and daily updates to its residents and their families.