In this session, lawmakers must draw new state legislative and congressional district lines to account for population gains that enabled Florida to gain a 28th U.S. House seat.

Florida lawmakers convened Tuesday amid the usual pomp and circumstance for their 60-day legislative session in a Capitol building free from the health restrictions that limited public access last year, even as coronavirus infections from the highly contagious omicron variant sweep across the state.

Legislative leaders in their opening day, election-year speeches stressed that the Republican-dominated House and Senate should continue to back GOP Gov. Ron DeSantis' opposition to the mask mandates, school lockdowns and business disruptions that many other states have encouraged in response to the pandemic.

Florida's COVID-19 caseload has broken records since the holidays, but hospitalization numbers haven't matched last summer's delta surge, and the state is reporting an average of eight daily deaths. On Tuesday, more than 10,700 people who tested positive for COVID-19 were being treated in Florida hospitals. That number reached more than 17,000 last summer, when as many as 403 people died each day on average. 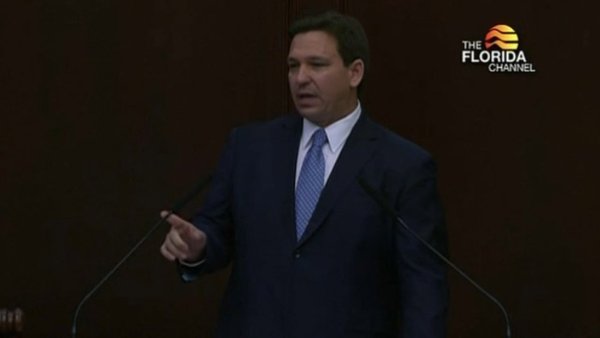 Florida Gov. DeSantis Lays Out 2022 Agenda in State of the State Speech 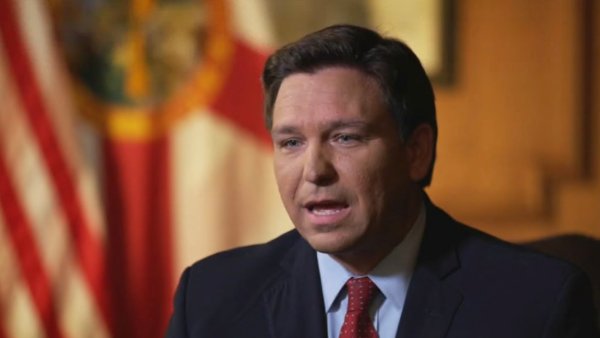 DeSantis is running for re-election in November and is seen as a leading 2024 Republican presidential candidate.

“First and foremost, we kept Florida open and free," said Senate President Wilton Simpson of lawmakers' recent work. “Faced with tremendous pressure and criticism at every step of the way, we held the line."

The House speaker, Rep. Chris Sprowls, added that the Legislature's work over the past year — including a coronavirus-related November special session — “stands in sharp contrast to the paralytic dysfunction and extreme self-regard that has ruined Washington, D.C.”

Sprowls told reporters that the omicron variant appears to be a weaker strain of the coronavirus despite being highly contagious, meaning restrictions such as masks in the Capitol and public hearings held remotely are not as necessary.

“Each of these things has been different,” the speaker said. “If you feel sick, get a test.”

Lawmakers must only pass a balanced state budget in a typical year. This session, they must also draw new Florida legislative and congressional district lines to account for population gains that enabled Florida to gain a 28th U.S. House seat.

Sprowls said the economy's health, despite the pandemic, means the state should be able to meet its fiscal obligations.

“We are at a cash-rich moment in our state’s history, which means we have a historic opportunity to make critical investments in long-term needs, but also a historic opportunity to waste money on short-term wants,” Sprowls said. “We have the power to make this state a better, safer, more prosperous place for all Floridians. The only question that remains is, to make that happen, what are you willing to risk?”

As in past years, lawmakers' desks were decorated with bright flower arrangements while many other luminaries — Cabinet members, Supreme Court justices, past legislative leaders — were introduced one by one along with numerous family members. DeSantis addressed a joint session later Friday morning.

More than 3,000 bills have been filed so far for the session, only a fraction of which will become law. Legislative leaders have not announced their own detailed agendas, but with Democrats outnumbered, the next two months will likely be dominated by the governor's priorities.

These include bills banning critical race theory from schools and workplaces, creating a state office to investigate voter fraud and passing an enormous $99 billion budget with gifts for teachers, first responders and drivers. DeSantis also wants legislation that would prohibit state agencies from providing any benefits to undocumented immigrants.

The House Democratic leader, Rep. Evan Jenne, said that although his party opposes the bulk of the governor’s agenda there are areas where they can cooperate. Jenne cited as examples the DeSantis proposal to boost funding for foster children programs and to increase money for vocational education.

But Jenne said Democrats will not go quietly even though they are outnumbered by Republicans at every level of state government.

“We may be outnumbered, but there is a way for us to outwork them,” Jenne said. “We are the voice for millions of Floridians who don’t have another voice. We will fight. We will work.”