A once-secret plea deal reached a decade ago with wealthy convicted sex offender Jeffrey Epstein must stand, despite objections from many of his victims who were teenagers at the time, federal prosecutors said in a new court filing.

Prosecutors said a violation of the Crime Victims' Rights Act does not allow for the agreement to be voided. Some of the victims claim the deal, known as a non-prosecution agreement or NPA, should be thrown out at least partially because they were not consulted as required under that law.

"The past cannot be undone; the government committed itself to the NPA, and the parties have not disputed that Epstein complied with its provisions," prosecutors said.

Jack Scarola, an attorney for two victims who challenged the agreement in West Palm Beach federal court, said Tuesday that "the government has failed to comply with its own regulations" in the case. 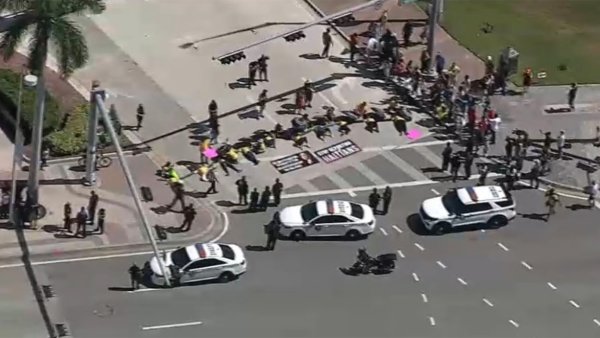 "Congress did not contemplate the extraordinary circumstances of this conspiracy between the government and a serial child molester," Scarola said in an email.

The 2008 deal ended a federal investigation that could have landed Epstein, now 66, in prison for life. Instead, he was allowed to plead guilty to lesser state charges that resulted in a 13-month jail sentence and required financial settlements to dozens of his victims. He also had to register as a sex offender.

The agreement was overseen by former Miami U.S. Attorney Alexander Acosta, who is now President Donald Trump's labor secretary. In the face of intense criticism, Acosta has defended the plea deal as appropriate under the circumstances.

It will be up to U.S. District Judge Kenneth Marra to decide what to do. The victims have a July 8 deadline to respond to the Justice Department's filing.

Although the Justice Department supports the Epstein agreement, Assistant U.S. Attorneys Jill Steinberg and Nathan Kitchens acknowledged in the filing that the failure to consult victims "fell short of the government's dedication to serve victims to the best of its ability."

They asked that Marra approve a Justice Department proposal that would allow victims to speak in a public court hearing about the Epstein agreement, if they wish. They also proposed that a government representative be chosen to meet with any victims privately to discuss the deal, and that additional training be required for prosecutors in the Miami-based federal district.

These actions, they wrote, "are necessary to give a voice to victims of Jeffrey Epstein and an opportunity for them to understand why the government resolved the case in the manner it did."

The prosecutors added that some victims said in recent meetings that they want to remain anonymous. The prosecutors also said voiding the plea deal might jeopardize the restitution money that Epstein paid them under its terms. Steinberg and Kitchens work in the Atlanta U.S. attorney's office, which was appointed to handle the case in March.

Epstein is a wealthy hedge fund manager who once counted as friends former President Bill Clinton, Great Britain's Prince Andrew, and Trump, who was his neighbor in Palm Beach at the time.

Court documents show at least 40 underage girls were brought into Epstein's Palm Beach mansion for what turned into sexual encounters. Authorities say he had female fixers who would look for suitable girls, some local and others recruited from Eastern Europe and other parts of the world.

Epstein also has maintained a home in New York City, a ranch in New Mexico and a private Caribbean island. Some of the girls were brought to those places as well, court documents show.