Seven family members testified about the impact the mass shooting has had on their lives.

Jurors got to hear about the four years of torment that families have endured since their children and loved ones were gunned down at Marjory Stoneman Douglas High School in Parkland.

Seven of those family members read impact statements in Broward Judge Elizabeth Scherer’s courtroom Monday. Their voices cracking with emotion at the recollections of their loved ones’ lives. 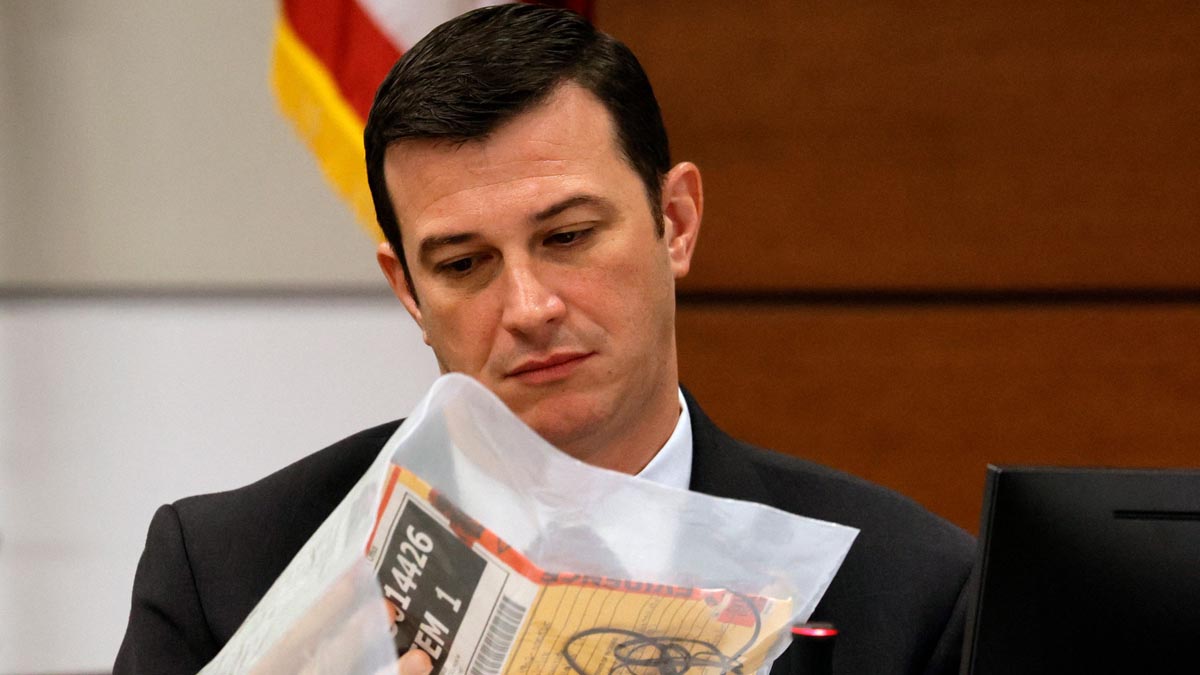 Joaquin Oliver’s mother Patricia and sister Andrea talked about the day he was born, Aug. 4, and what a blessing he was to a doting family.

But they also spoke about the pain gunman Nikolas Cruz’s actions have caused them every day since.

Andrea Ghersi is the sister of Joaquin Oliver, who was killed in the 2018 mass shooting at Marjory Stoneman Douglas High School

“Our life has been shattered and changed forever,” said Patricia Oliver.

“That Valentine’s Day 2018, I will never forget,” she said in court. “We planned to go to a movie, nothing extravagant. I wondered during the chaos that day if we’d still see the movie."

“I lost my soulmate,” she added.

Victoria Gonzalez was the partner of Joaquin Oliver, who was killed in the 2018 mass shooting at Marjory Stoneman Douglas High School.

After Hurricane Irma damaged Everglades City, Alaina and her father went with their church group to help with the clean-up.

“She loved friends, family, and God,” Kelly Petty said. “I’m broken-hearted I won’t be able to see her grow into the wonderful woman she could have been.”

Kelly Petty is the mother of Alaina Petty, who was killed in the 2018 mass shooting at Marjory Stoneman Douglas

“I shouldn’t have to cry every time I think of her,” added Meghan Petty.

Teacher, cross-country coach, and camp counselor Scott Beigel’s parents talked about how proud he was to get hired at Stoneman Douglas.

Mother Linda Beigel-Schulman has been counting the days since her son’s murder.

“It’s been 1,630 days since I last spoke to my son,” she said. “My life was shattered forever. I have a box over my heart with the lid so tightly closed trying to keep my emotions under control but today I’m taking the lid off that box."

She spoke of how he was a quiet and humble person with a dry wit and sarcastic sense of humor.

At one point in his career, he volunteered to teach in South Africa. He went with two suitcases but came back with one because he left the other full of clothing and shoes for the poor children he taught.

When Michael Schulman married Linda, he asked Scott for advice and Scott’s answer was simply, “Make my mother happy.”

Patricia Oliver is the mother of Joaquin Oliver, who was killed in the 2018 mass shooting at Marjory Stoneman Douglas High School

Scott’s stepfather would later adopt him even though Scott was in his mid-20s.

One day Scott called his stepfather who was in bed with the flu.

“He said he would call to check on me tomorrow but that call never happened,” Michael Schulman said.

NBC 6's Victor Jorges has the emotional words from the families of those killed in Day 9 of the trial.

Jurors will have to decide whether the shooter should be put to death or spend the rest of his life in prison. It would take only one vote against the death penalty to give him a life sentence.

The sentencing resumes Tuesday at 10:30 a.m.