An Amtrak train that derailed in rural Montana over the weekend was going just under the speed limit at about 75 mph (121 kph) when it went off the track along a gradual curve, killing three people and possibly ejecting passengers, federal investigators said Monday.

Investigators do not know the cause of the accident, but they are studying video from the train and another locomotive that went over the same track a little over an hour earlier, National Transportation Safety Board Vice Chairman Bruce Landsberg said.

“We have experts that are studying the camera footage frame by frame to make sure that we see exactly what the engineer saw — or maybe didn’t see,” Landsberg said. 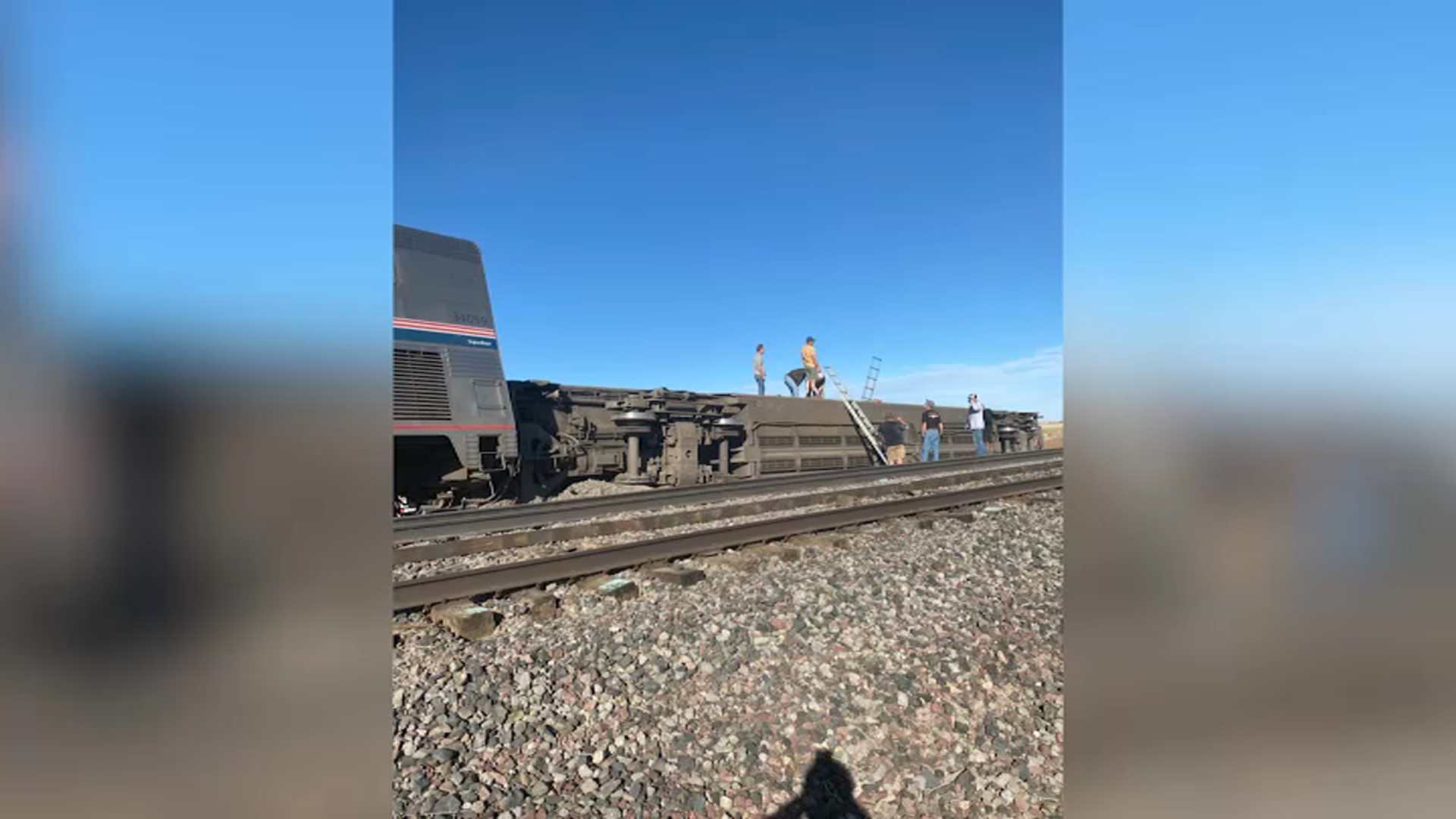 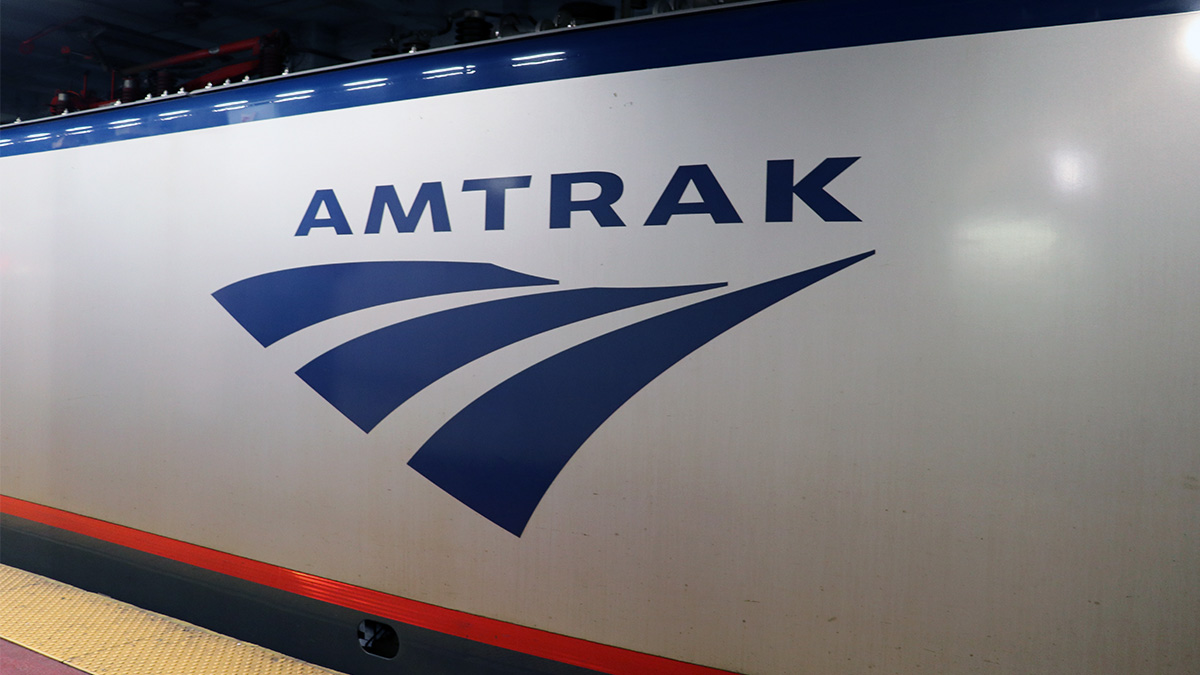 Amtrak Plans to Replace Dozens of Aging Trains at $7.3B Cost

The train derailed before a switch in the line, where one set of tracks turned into two, on a stretch of track that had been inspected just two days before, he said.

The westbound Empire Builder was traveling from Chicago to Seattle when it left the tracks Saturday afternoon near Joplin, a town of about 200. The train, carrying 141 passengers and 16 crew members, had two locomotives and 10 cars, eight of which derailed, with some tipping onto their sides.

When asked about wooden ties that were seen along the side of the tracks, and whether there was recent maintenance on that section, Landsberg did not answer directly.

“That will be one of the questions that we look at,” he said. “Maintenance will be a really big concern for us. We don’t know, at this point, exactly what happened, whether it was a track issue, whether it was a mechanical issue with the train. So all of these things are open.”

He said a preliminary report on the derailment is expected within 30 days.

Investigators will look at “everything,” including the switch, wheels, axles and suspension systems, as well as the track geometry and condition, including any cracks, said Steven Ditmeyer, a rail consultant and former senior official at the Federal Railroad Administration. He said a switch like the one in Joplin would be controlled by the BNSF control center in Fort Worth, Texas.

Sometimes rail lines can become deformed by heat, creating buckles in the tracks known as sun kinks, Ditmeyer said. That was the cause of a derailment in northern Montana in August 1988, when an Empire Builder train veered off the tracks about 170 miles (274 kilometers) east in Saco, Montana.

The NTSB concluded that an inspection failed to catch a problem in the track, and officials did not warn trains to slow down on that stretch. The crew saw the track had shifted, but the train was going full speed and could not stop before derailing.

Temperatures were in the high 80s Saturday near Joplin, according to the National Weather Service.

Russ Quimby, a former rail-accident investigator for the NTSB, said heat is the most likely explanation. He is convinced because the locomotives in front did not derail, but eight lighter coach cars behind them did.

“This has all the earmarks of a track buckle also,” Quimby said. “Sometimes a locomotive, which is heavier, will make it through” a buckled track, “but the cars following won’t. You saw that in this accident,” he said.

A malfunction of the switch seems less likely, Quimby said, because the switch would have been inspected when the track was checked last week.

Another possibility was a defect in the rail, said railroad safety expert David Clarke, director of the Center for Transportation Research at the University of Tennessee. He noted that regular testing does not always catch such problems.

Speed was not a likely factor because trains on that line have systems that prevent excessive speeds and collisions, which appear to have worked in this case, Clarke said.

“Did the switch play some role? It might have been that the front of the train hit the switch and it started fish-tailing and that flipped the back part of the train,” Clarke said.

The site of the derailment is about 150 miles (241 kilometers) northeast of Helena, Montana, and about 30 miles (48 kilometers) from the Canadian border. The tracks cut through vast, golden brown wheat fields that were recently harvested and roughly parallel to U.S. Highway 2.

Allan Zarembski, director of the University of Delaware’s Railway Engineering and Safety Program, said he did not want to speculate but suspected the derailment stemmed from an issue with the track, train equipment or both.

Railways have “virtually eliminated” major derailments by human error after the implementation of a nationwide system called positive train control, which is designed to stop trains before an accident, Zarembski said.

The derailment comes as Congress works toward final passage of a $1 trillion bipartisan infrastructure package that includes $66 billion to improve Amtrak service. That’s less than the $80 billion that President Joe Biden — who famously rode Amtrak from Delaware to Washington during his time in the Senate — originally asked for, but it would be the largest federal investment in passenger rail service since Amtrak was founded 50 years ago.

The biggest chunk of money would go toward repairs and improvements along the rail service’s congested 457-mile-long Northeast Corridor as well as intercity routes with higher commuter traffic. About $16 billion also is aimed at building out Amtrak’s national service to wider America, particularly in rural regions.

Amtrak CEO Bill Flynn said the company was working with the NTSB, the Federal Railroad Administration and local law enforcement and shared their “sense of urgency” to determine what happened in Montana.

Landsberg said safety officials hope to complete their investigation as soon as possible so BNSF can repair the rails, which are a key line for freight traffic. He noted that trains are backed up on both sides of the crash site.

“We’re sensitive to the fact that the railroad is a critical lifeblood, and we want to get the goods and services moving,” he said.