Max Fried never thought he would get the chance for a game-winning hit. After all, Fried is a pitcher.

Thanks to Atlanta's depleted bench, it happened on Sunday. And Fried delivered.

The pinch-hitting pitcher lined a bases-loaded single up the middle in the 10th inning, and the Braves rallied for a wild 8-7 victory over the Miami Marlins. 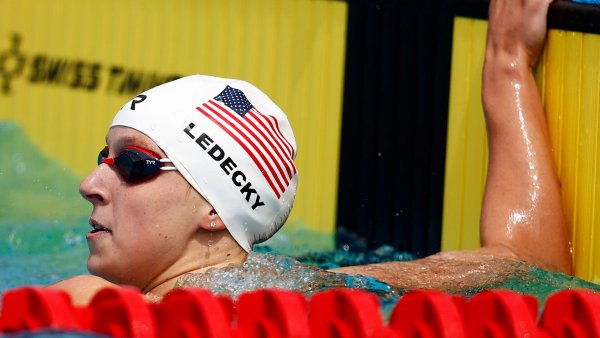 “It’s something you always dream about happening, but when I knew I was going to be a pitcher I figured it would never be reality,” Fried said.

“If Max wasn’t pitching he would be an outfielder in the big leagues,” Braves manager Brian Snitker said.

Fried was called on to hit with the Braves out of position players after a four-run rally in the ninth. He singled on a 3-1 pitch off Anthony Bass (1-4), driving in Dansby Swanson from third base and drawing his jubilant teammates out of the dugout.

“That was probably as good as I’ve felt on the field finishing out a game,” Fried said.

Fried's game-ending swing was a big surprise to Marlins manager Don Mattingly, who assumed the pitcher was hoping for a walk.

“I really was surprised that he swung the bat there but he’s actually a pretty good hitter,” Mattingly said.

With the bases loaded and one out in the 10th, Austin Riley was thrown out at the plate when he tried to score on a bases-loaded wild pitch by Bass. Riley was initially called safe before the umpires reversed the call on a review.

The Braves quickly recovered from that disappointment. Bass loaded the bases with an intentional walk to Kevan Smith before giving up Fried's single.

Miami opened a 7-3 lead with three runs in the ninth. Sandy Leon led off with a drive to right for his second homer. Starling Marte singled with two out and scored on Jesús Aguilar's 13th homer against Shane Greene.

But Marlins closer Yimi García struggled in the bottom half, and the Braves rallied.

Orlando Arcia singled in Dansby Swanson, and Abraham Almonte made it 7-6 with a two-run double. Ronald Acuña Jr. then delivered a tying sacrifice fly.

“Sometimes you’ve got those days when you make good pitches and they make good contact, too,” Garcia said through a translator.

Will Smith (3-5) pitched the 10th for the win. Acuña also hit a two-run homer off Zach Thompson in the third.

Adam Duvall hit a three-run homer and drove in four runs for Miami, which dropped two of three in the series. Aguilar finished with three hits and two RBIs.

Duvall, facing his former Atlanta teammates, took the NL lead with 60 RBIs. He also ranks among the NL leaders with 19 homers following his sixth-inning drive off Charlie Morton that gave the Marlins a 4-2 lead.

Duvall just missed another homer in the eighth. His blast to the right-field corner off Chris Martin was initially called a homer by first base umpire John Libka.

After Acuña protested in right, the umpires huddled and called the ball foul. The TV replay confirmed it was foul and the Marlins did not argue the ruling.

Arcia had two hits in his Braves debut. Arcia was primarily an infielder with Milwaukee before he was traded to Atlanta on April 6, but he started in left field after being recalled from Triple-A Gwinnett. Arcia played only four games in the outfield for Gwinnett.

“I’m open to play anywhere,” Arcia said through a translator. “As long as they want me in the lineup, anything I can do to help the team win.”

Arcia appeared in one game in center field with the Brewers in 2020. “I think it’s just because we were losing by a lot,” he said.

Arcia appeared comfortable on defense. He raced in to make a sliding catch on pinch-hitter Garrett Cooper’s sinking liner in the ninth.

Braves left-hander Kyle Muller was optioned to Gwinnett in the move that cleared a spot for Arcia. The Braves, who have an open date on Thursday, are expected to carry an extra position player until after the All-Star break, when Muller could return to the rotation.

Marlins: 2B Jazz Chisholm Jr. was out of the starting lineup after tweaking his ankle in the seventh inning of Saturday’s game. Chisholm entered as a defensive replacement in the ninth. Joe Panik filled in at second base while 3B Jon Berti hit leadoff. ... RHP John Curtis (stiff neck) was placed on the 10-day injured list. RHP Jordan Holloway was selected from Triple-A Jacksonville.