Shaq Takes a Back Seat in Return to Miami

Possible future pairing aside, Wade vs LeBron should be fantastic.

Shaquille O'Neal is coming back to Miami for just the second time since he left the Heat, and it isn't for what he left at the Flamingo (oh, snap, ladies!). It's for an actual basketball game against his former team, and here's the kicker: no one really cares.

Oh, sure, we'll note his presence, but the real story is seeing LeBron James and Dwyane Wade on the floor together, and an area full of people freaking out at once over the possibility of seeing them working together, not against each other, next season. Hey, it could happen! Rumors sprang up, then James gave a non-commital blurb, then decided to stop talking about it, and then Wade jumped into the mix yesterday with this:

It's something that we've talked about, of course.  He's one of my good friends and we both decided at the same time to sign the same contract to give ourselves the ability to be able to control our own destinies.  You know, if we want to we could team up.  If not, we could stay separate and compete against each other for years to come....It's a long shot but at the end of the day it's still a shot.

So you're telling us there's a chance...and at any rate, seeing two-thirds of the best players in the NBA out-dueling each other tonight should be a treat no matter what happens in July. Wade and LeBron are friends, so the rivalry is congenial, but it also might be the best basketball one can ask for so early in the season: Quentin Richardson on LeBron. LeBron on Wade. O'Neal on O'Neal. The second-best three-point shooting team in the league (Cavs, 46.6%) taking aim against the best three-point defending team in the league (25.7%). The Heat playing for the only 7-1 start in franchise history; the Cavs coming together at 5-3 and coming off a beatdown of Orlando last night. 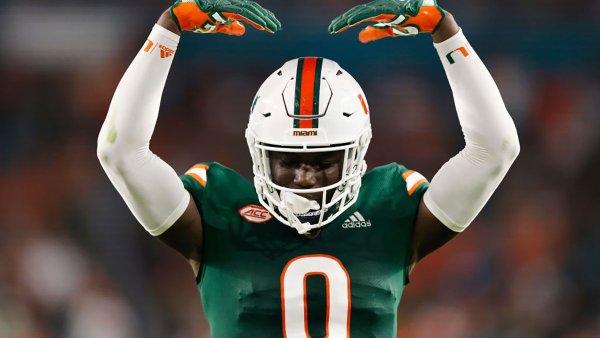 And, the ultimate question: can the Heat's supporting cast be impressive enough to convince a certain someone to make his home in Miami?

Janie Campbell is just killing time until 8pm on TNT. Her work has appeared in irreverent sports sites around the Internet.