Stephanie Castillo was hospitalized during her battle with COVID-19. Currently, she is in a vegetative, minimally conscious state

Just a few months ago, Stephanie Castillo was full of life.

“She has such a big personality,” said her sister, Rosa Castillo. “She’s just so funny and outspoken.”

Rosa says Stephanie was healthy and had no underlying conditions when she got COVID-19 in July, after an outbreak at her job.

Months later, Stephanie is still hospitalized after suffering from serious complications during her battle with the virus. 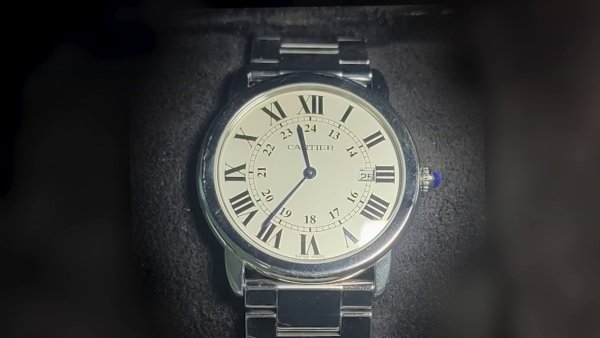 “She is in a vegetative, minimally conscious state,” Rosa said.

When she started to feel sick, Rosa says her sister began tracking her oxygen levels.

“And one morning she woke up and realized it had gone significantly down,” Rosa said. “She was having trouble breathing so she went to the ER.”

At first, Stephanie seemed like she would be OK. But a couple of days later, Rosa says her sister’s condition worsened.

“She sent me a text message saying to pray for her, that they’re going to put her on a ventilator,” Rosa said.

For several hours, Rosa says her family waited and prayed, adding they eventually heard from the hospital later that night.

“And they let us know that she went under cardiac arrest,” Rosa said. “She was down for seven minutes with no oxygen and they placed her on a ventilator.”

After spending 45 days on a ventilator, Rosa says Stephanie managed to fight her way back.

She says her sister has since tested negative.

“She survived COVID,” Rosa said. “Her organs are working properly. Her lungs are healed. Now the biggest issue is the brain injury, which was brought on by COVID.”

Rosa told NBC 6 she spends countless hours on the phone trying to find a facility that could take care of her sister’s long-term needs – a process she says has not been easy.

“That’s unfortunately much too often the case,” said Rebecca Kirch of the National Patient Advocate Foundation. “That people get too sick and end up in this middle place of need that our system simply cannot handle.”

Kirch says, as the number of COVID-19 cases rises around the country, the likelihood of being able to find beds for survivors with long-term, complex medical needs like Stephanie will increasingly be a problem.

Rosa, meanwhile, says she is determined to keep fighting for her younger sister.

“I pray that Stephanie is able to communicate, that she is able to make significant progress,” she said. “Miracles happen every day and Stephanie is strong. She’s always been a fighter. She’s a small package but packs a big punch.”

Rosa told us she has found a facility in Houston she believes will be able to help her sister.

She says the family is working to try to figure out how to pay for Stephanie’s transfer to Texas and her extensive, ongoing medical needs.