Just one day after Britney Spears scored a legal victory in her ongoing conservatorship battle, Jamie Spears is calling his suspension as his daughter's conservator a "loss" for the star.

Jamie, who has served as the conservator of Britney's estate for the past 13 years, spoke about Judge Brenda Penny's decision to remove him from his role, effective immediately, in a statement released through his attorney on Sept. 30.

"For thirteen years, [Mr. Spears] has tried to do what is in [Britney's] best interests, whether as a conservator or her father," the statement read. Alleging that Britney "voluntarily entered into the conservatorship," it continued, "For anyone who has tried to help a family member dealing with mental health issues, they can appreciate the tremendous amount of daily worry and work this required. For Mr. Spears, this also meant biting his tongue and not responding to all the false, speculative, and unsubstantiated attacks on him by certain members of the public, media, or more recently, Britney's own attorney."

The statement continued, "These facts make the outcome of yesterday's hearing all the more disappointing, and frankly, a loss for Britney. Respectfully, the court was wrong to suspend Mr. Spears, put a stranger in his place to manage Britney's estate, and extend the very conservatorship that Britney begged the court to terminate earlier this summer."

Business owner John Zabel (an accountant appointed by the court) will be the temporary conservator of the estate through the end of the year. Britney's attorney, Mathew Rosengart, stated that he plans to file his own petition in the next 30 to 45 days to terminate the entire conservatorship with a formal plan. Following the hearing on Sept. 29, Britney's attorney spoke to the press outside the courthouse, telling one reporter that his client is "very happy" with the outcome. In a separate news conference, he also said the ruling is a "monumental" moment for the singer. "It's been a lot of hard work," Rosengart shared. "It's been intense. I'm proud. Britney's proud." 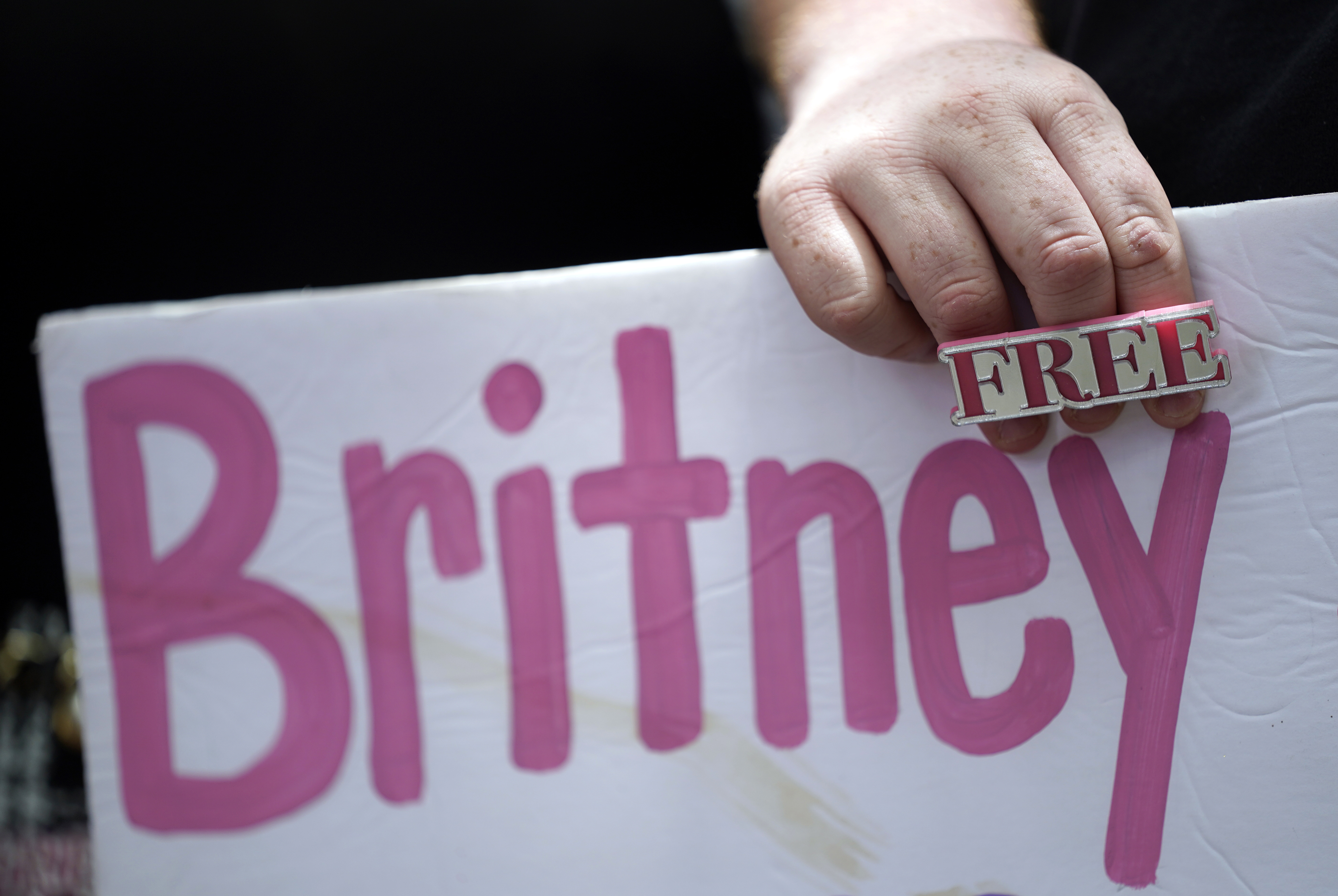 He also credited the #FreeBritney movement for its efforts, explaining that it was "instrumental" in moving Britney's case forward. "And to the extent that it allowed my firm to carry the ball across the finish line," he added, "I thank them as well."

Although Britney herself has yet to directly address the latest news, just hours after the ruling, the singer captioned a photo of herself in a flight simulator, sharing to Instagram that she was on "Cloud 9."

As for what the future holds, Jamie's statement ended with him saying he has "good faith."

"Despite the suspension," the statement concluded, "Mr. Spears will continue to look out for the best interests of his daughter and work in good faith towards a positive resolution of all matters."