Susan Fountain, a videographer, was in the venue’s stage pit area at the time of the alleged assault

Rocker Marilyn Manson approached a videographer at his 2019 concert in New Hampshire and allegedly spit and blew snot on her, according to a police affidavit released Wednesday.

Manson, whose legal name is Brian Hugh Warner, surrendered last month to police in Los Angeles in connection with a 2019 arrest warrant in the case. The allegations were detailed in the affidavit that was released along with the criminal complaint in the case.

Manson is charged with two misdemeanor counts of simple assault stemming from an alleged incident on Aug. 19, 2019, at the Bank of New Hampshire Pavilion in Gilford. The misdemeanor charges can each result in a jail sentence of less than a year and a $2,000 fine if convicted.

An arraignment hearing on the charges will be scheduled for Sept. 2 at Laconia District Court in New Hampshire.

Manson’s attorney did not immediately respond to requests for comment Wednesday.

Susan Fountain, a videographer, was in the venue’s stage pit area at the time of the alleged assault. Her company, Metronome Media, was contracted by the Bank of New Hampshire Pavilion for the concert season. 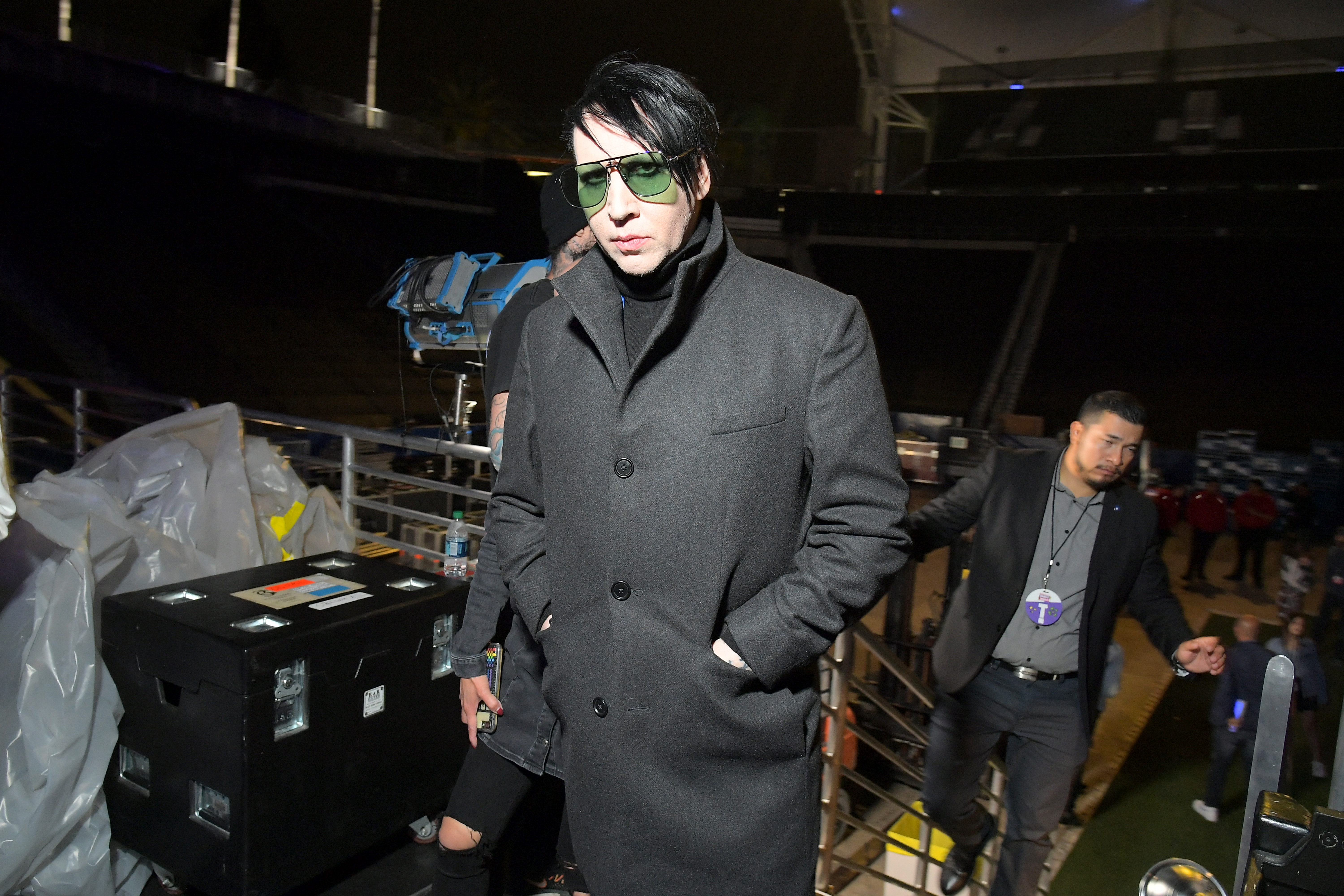 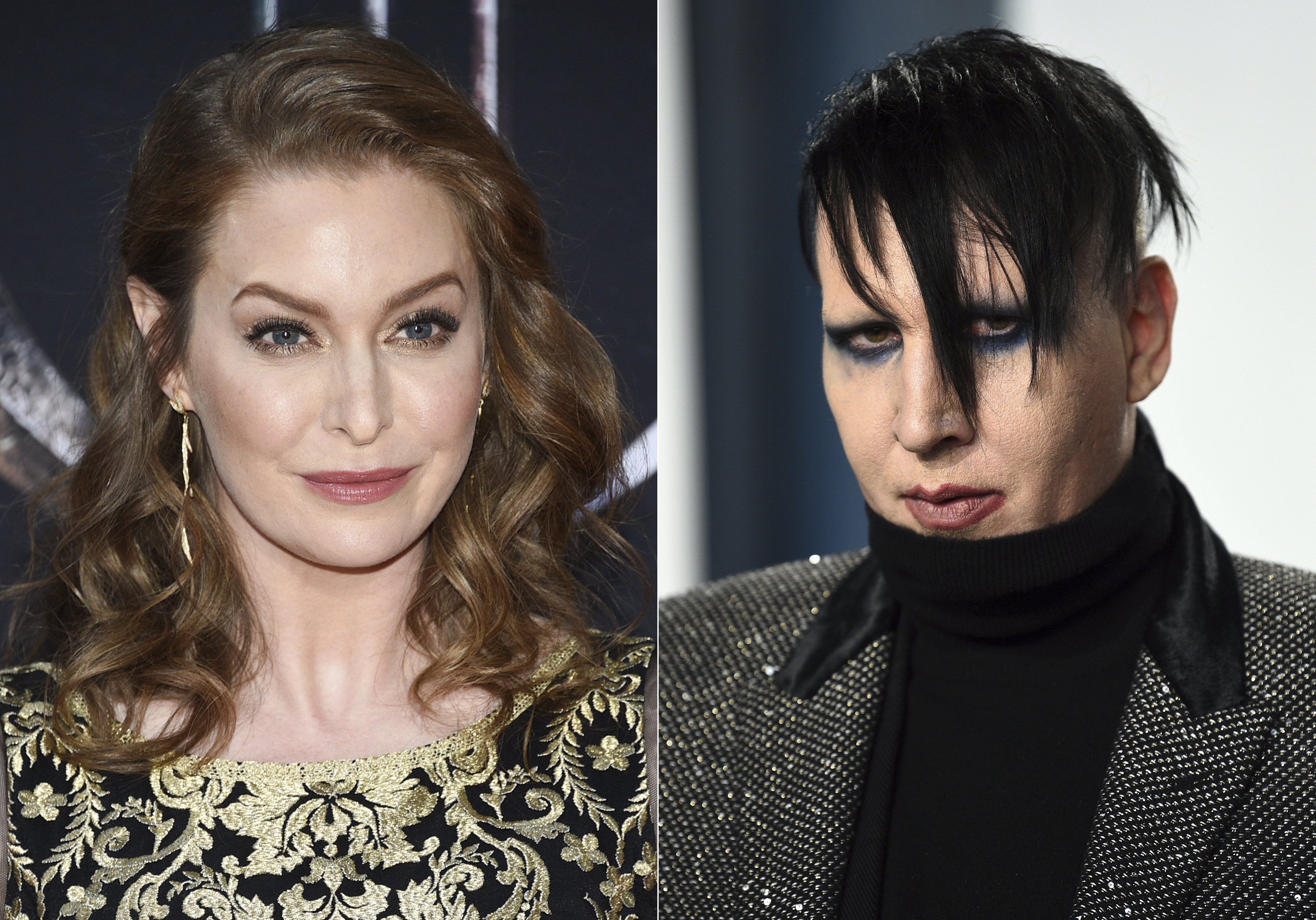 According to the affidavit, Manson approached Fountain the first time, put his face close to the camera and spit a “big lougee” at her. She was struck on both hands with saliva.

Manson allegedly returned a second time, covering one side of his nostril and blowing in Fountain's direction. Fountain put down her camera and went to the restroom to wash her hands and arms that had Manson's bodily fluids on them.

Manson also has faced abuse accusations — unrelated to the New Hampshire incident — in recent years. He has denied wrongdoing.

The AP generally does not identify people who say they have been sexually assaulted, but Bianco and Wood have spoken publicly.

In 2018, Los Angeles County prosecutors declined to file charges against Manson over allegations of assault, battery and sexual assault dating to 2011, saying they were limited by statutes of limitations and a lack of corroboration. The accuser in that case was identified only as a social acquaintance of Manson.