CNBC's Jim Cramer on Monday offered his 2022 outlook for the 10 worst-performing stocks in the S&P 500 last year, when the broad equity index advanced nearly 27%. 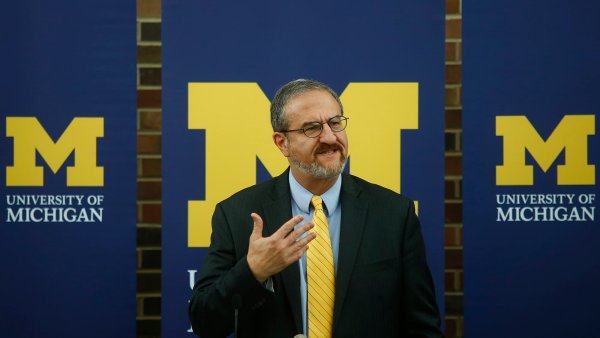 "The worst performers in the S&P last year look like they're going to keep underperforming in 2022 unless we get some major sea-changes and I just don't see that happening" in the near or medium term, Cramer said.

Cramer said he believes Penn National Gaming, which saw its stock fall 40% last year, will be challenging to own until a trio of major headwinds dissipate. In Cramer's opinion, Penn National shares will be able to perform better once there's more consolidation in the industry, more states legalize sports betting and the Covid pandemic fully recedes.

While Cramer said Global Payments had been a "perennial winner," the financial technology company's stock struggled in 2021, falling 37%.

"I've always admired Global Payments, as well as the card issuers and the small business empowerment plays and the buy-now pay-later outfits, but there are just too many darned stocks in the group," Cramer said. "They're all too expensive, especially compared to the super-cheap bank stocks that should get a huge profitability boost as the Fed raises rates."

Las Vegas Sands shares lost nearly 37% last year, and Cramer said it's still a tough environment to own a casino operator with a large presence in the gaming hub of Macao.

Activision Blizzard's 28% decline in 2021 could be for a number of reasons, Cramer said, including investors expecting the video game company to struggle as the economy reopened from Covid closures and title release delays. Cramer said another reason is newspaper reports that have been critical of CEO Bobby Kotick. However, the company has pushed back against the validity of the reporting.

Cramer said he thinks Activision Blizzard may actually rise of Kotick leaves the company "because it's a hit driven business that's not generating the kind of hits people have come to expect, perhaps because they don't want to work for Bobby anymore."

While MarketAxess Holdings had a first-mover advantage around the digitization of bond trading, Cramer said that's no longer the case as the field has filled up with competition. "I don't see how MarketAxess can come back without a massive spike in bond trading, and I think that's already in the rearview mirror," Cramer said.

Cramer isn't optimistic about Viatris, a generic drug play created in late 2020 when Pfizer spun off its Upjohn division which then merged with Mylan. "The only thing really intriguing about Viatris is that it sells for four times earnings, but that's usually a red flag and on-patent big pharma stocks are cheap, too," Cramer said.

"I'm not sure what to do with this much-less proprietary software company that might be put up for sale at the urging of some powerful activist investors," Cramer said. "If they walk away, I have no idea what Citrix is worth, other than the fact that it was down 27% last year and it once traded much higher. These guys used to be the king of business collaboration software ... but now it's become a very crowded industry."

Cramer said his outlook on Wynn Resorts is similar to that of Las Vegas Sands. He noted that while he owns Wynn Resorts in his charitable trust, his favorable view on the stock has been wrong to date. Cramer said he thinks Wynn Resorts, which fell about 25% in 2021, could be "stuck in a rut" until the Covid pandemic subsides.

IPG Photonics, which makes and sells fiber lasers, saw its stock fall 23% last year. However, Cramer said he believes IPG Photonics shares have the best chance of any on this list to rebound in 2022.

"It's got real earnings, but it had a shortfall thanks to weakening Chinese sales that crushed the stock. I know that IPG Photonics is, therefore, in the doghouse. But it has very good prospects, which is why it still sells for 35 times earnings."

Fidelity National shares fell about 23% in 2021, which Cramer said largely due to the fact the company is involved in financial technology. "It's done nothing wrong other than being in a cohort that's despised and I don't see any of that changing soon," he said.