Kevin O'Leary may own bitcoin and ether, but the investor has no plans to make the meme-based dogecoin a part of his portfolio.

"I don't participate in that kind of thing," O'Leary, chairman of O'Shares ETFs and a judge on CNBC's new show "Money Court," tells CNBC Make It. "I don't understand why anybody would, but that's their own choice."

That's because O'Leary says that investing in doge — the altcoin which earlier this year saw its price climb 12,000% from fractions of a penny to 69 cents — is so similar to gambling that he might not even call it "investing" at all.

"Maybe you should consider it entertainment, because there's no inherent value in it other than what other people want to do as they speculate," O'Leary says.

He says that when a person invests in a stock, they are betting on management's ability to execute on its business plan and achieve goals. With dogecoin, there's no such informed decision making because a buyer is simply hoping that the price will go up.

"When you speculate on something like dogecoin, that's no different than going to Las Vegas and putting your money on red or black," O'Leary says. "It's pure speculation."

Unlike bitcoin, which is technologically sophisticated and has scarcity built into its creation process, dogecoin was first made as a joke, with its creator saying the process took him only three hours. In addition to lacking the scarcity of bitcoin, meaning that an unlimited amount of dogecoin could be made, it is also less secure. 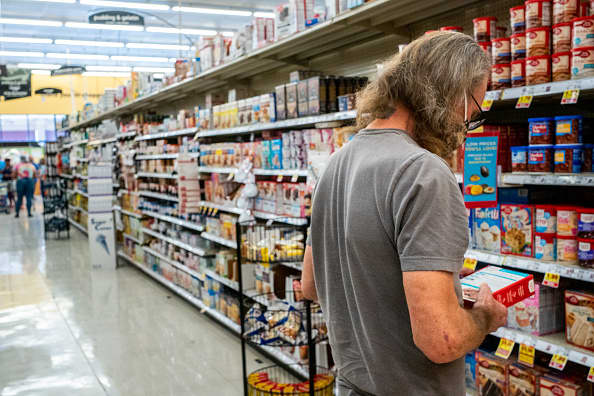 Shop at Costco, Use a Cash-Back App: How to Save on Groceries as Food Inflation Jumps at the Fastest Pace Since 1979

Other experts have also warned investors to be especially cautious when investing in dogecoin and to only buy as much as they can afford to lose.

"You risk losing nearly all the money you put in," James Ledbetter, editor of fintech newsletter FIN and CNBC contributor, previously told CNBC Make It. "It has no intrinsic value and it could just as easily come crashing down in price as continue to go up."

But O'Leary isn't anti-crypto by any means, telling CNBC Make It that his team has "done a deep dive into crypto and we see a value there in certain aspects of the market." He says that 10% of his operating company's holdings are made up of digital tokens including USD C, bitcoin and ether.